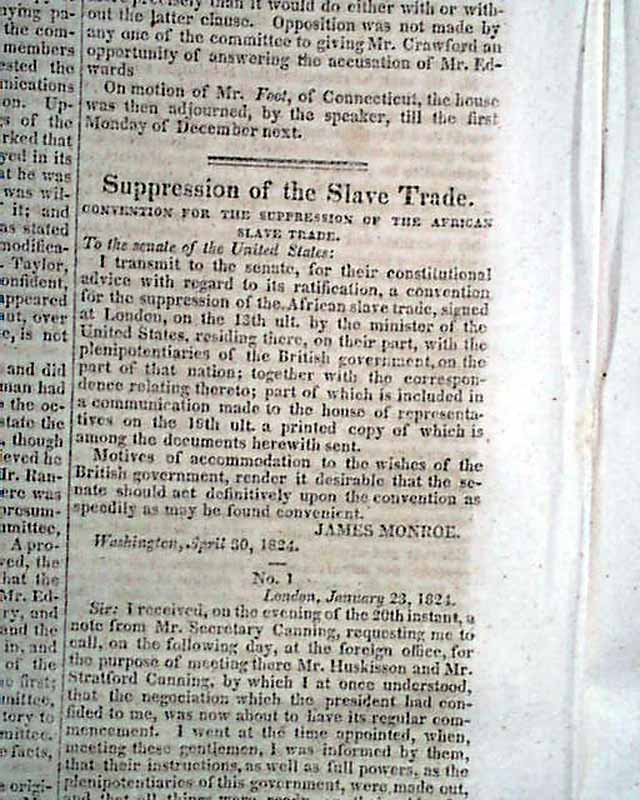 
NILES' WEEKLY REGISTER, Baltimore, June 5 and 12 1824 This is a pair of issues which, between them, include a lengthy article headed: "Suppression of the Slave Trade--Convention For The Suppression of the African Slave Trade. The June 5 issue has an introductory letter signed in type by the President: James Monroe, followed by the "slave trade" article which takes over 6 pages and includes the lengthy document between the United States and Great Britain concerning the slave trade. The first page of the June 12 issue has the continuation of the discussion which takes the next six pages. It also includes: "General Jackson & the Tariff" signed in type: Andrew Jackson.
Both issues are complete in 16 pages, measure 6 1/4 by 9 3/4 inches, nice condition.