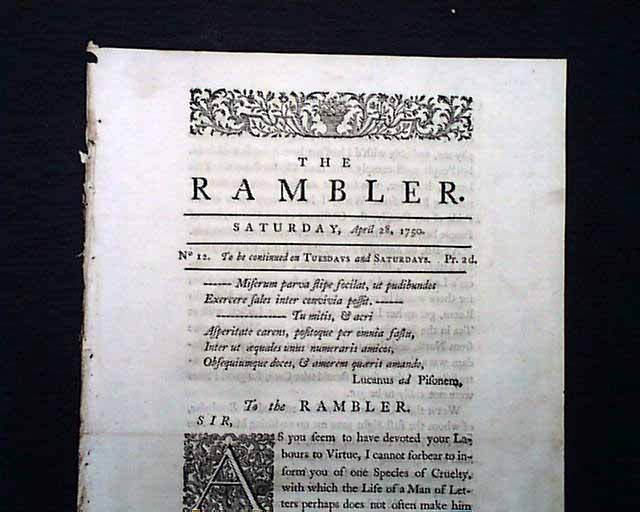 
THE RAMBLER, London, April 28, 1750  An uncommon periodical done by the Samuel Johnson. Johnson was one of the most important English writers of the eighteenth century. It's long been traditional to refer to the second half of the eighteenth century as "the age of Johnson". While working on the Dictionary, for which he is perhaps most famous, he published a series of periodical essays -- the closest modern equivalent of the genre would probably be something like a magazine or newspaper column -- called The Rambler, which appeared twice a week from 1750 to 1752.
Measures 7 by 10 3/4 inches with six pages with some lite dirtiness, some stray markings, otherwise in good condition. 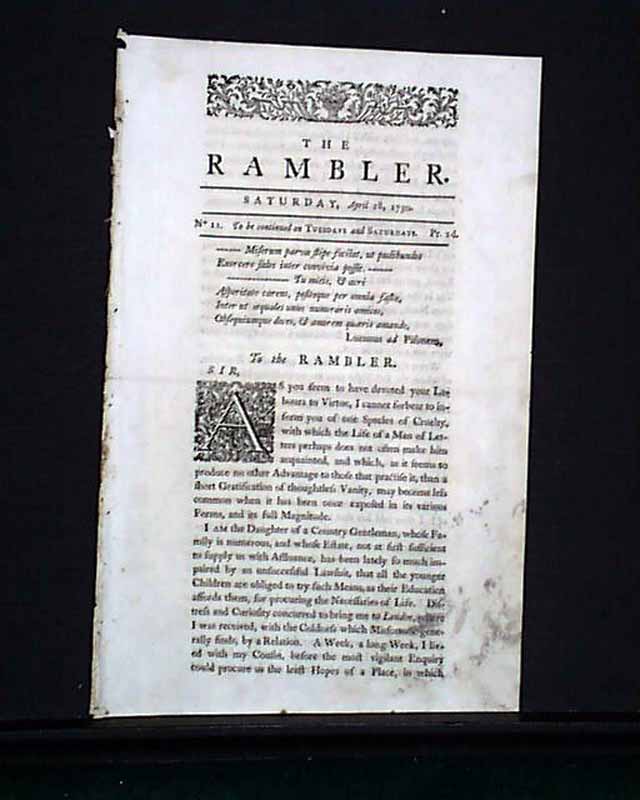 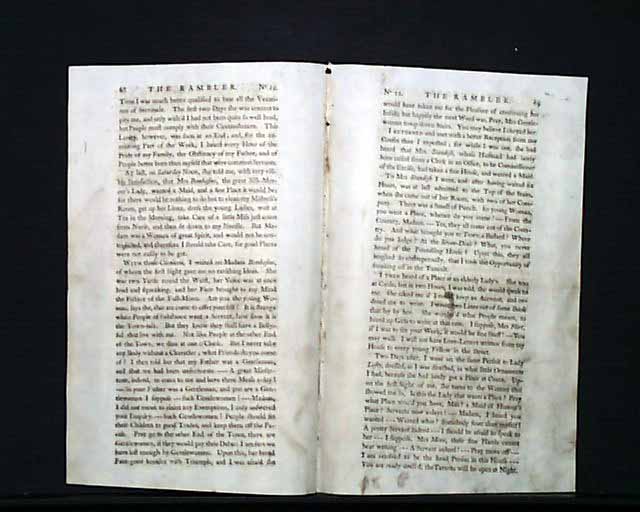 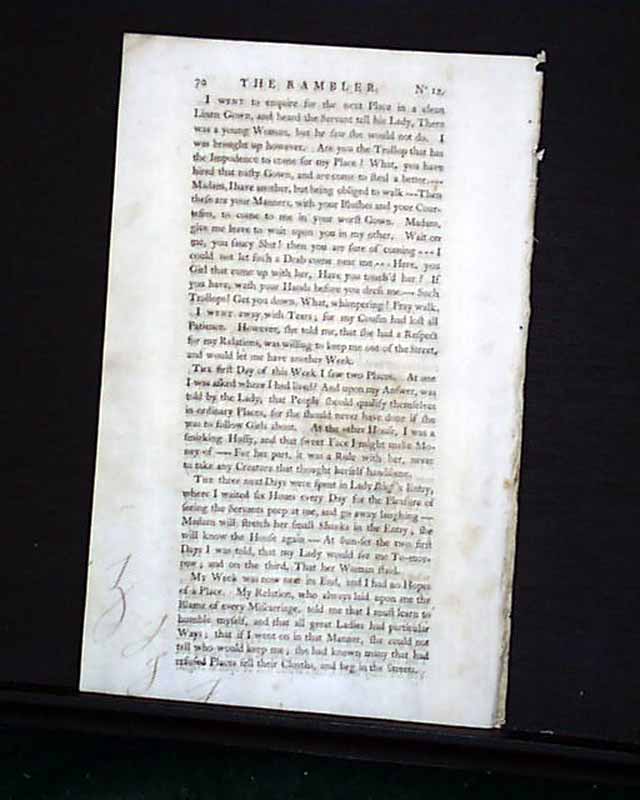