Home > Back to Search Results > Premature report of the death of Ben Franklin...
Click image to enlarge 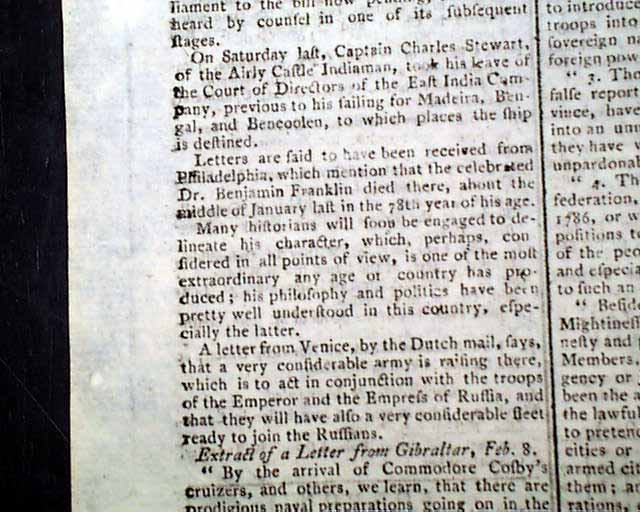 Premature report of the death of Ben Franklin...

Page 2 has a curious item: "Letters are said to have been received from Philadelphia which mention that the celebrated Dr. Benjamin Franklin died there about the middle of January last in the 78th year of his age. Many historian will soon be engaged to delineate his character...one of the most extraordinary any age or country has produced..." with a bit more. Franklin actually died over two years later, in April, 1790.
Eight pages, 8 1/2 by 11 1/4 inches, small binding slits at the spine, nice condition.