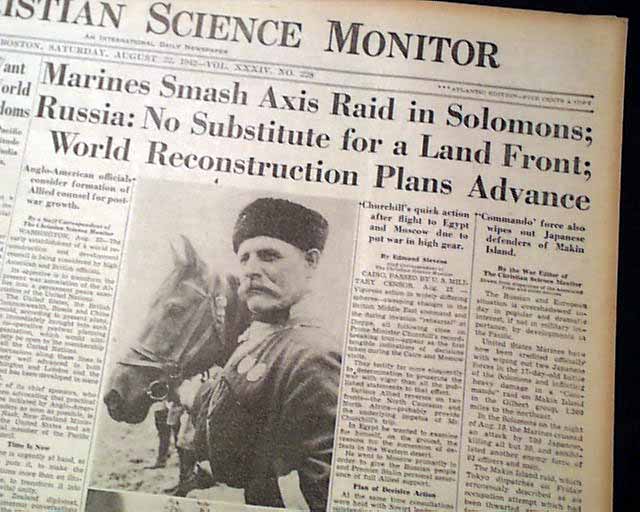 The front page has a five column headline: "Marines Smash Axis Raid in Solomons" with subhead. (see)
Other news, sports and advertisements of the day. Complete in 12 pages, a little spine wear, generally nice. 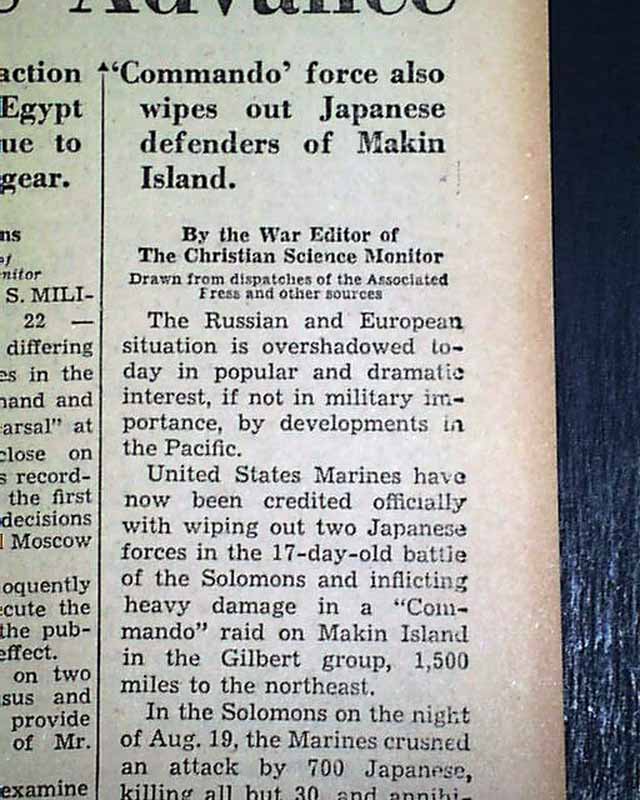 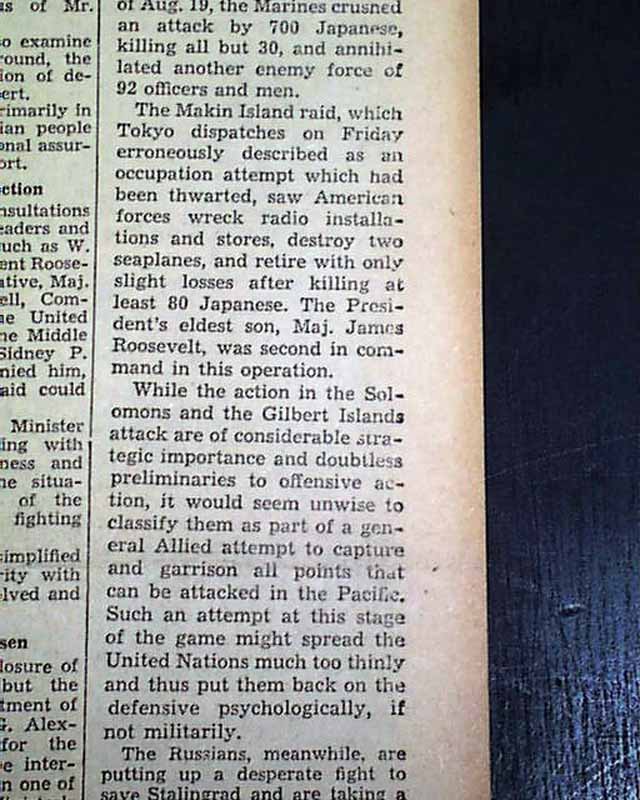 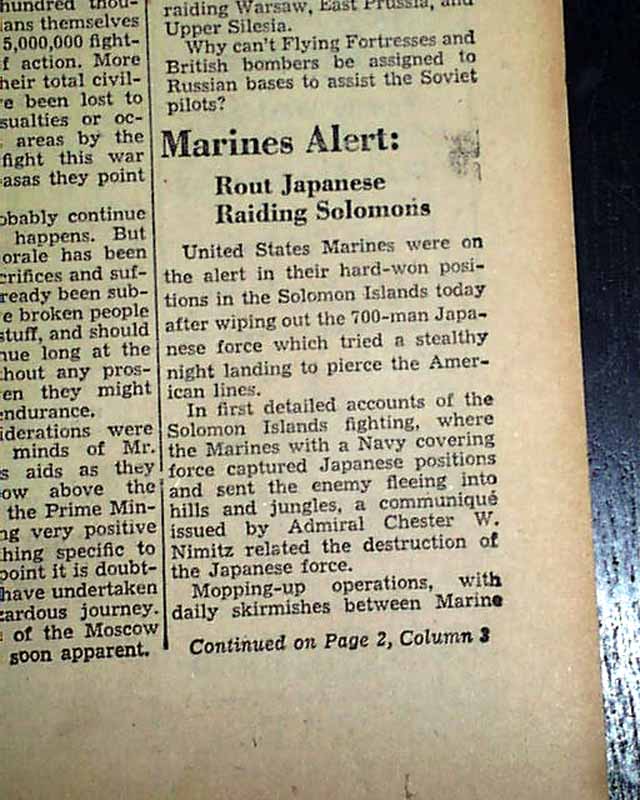 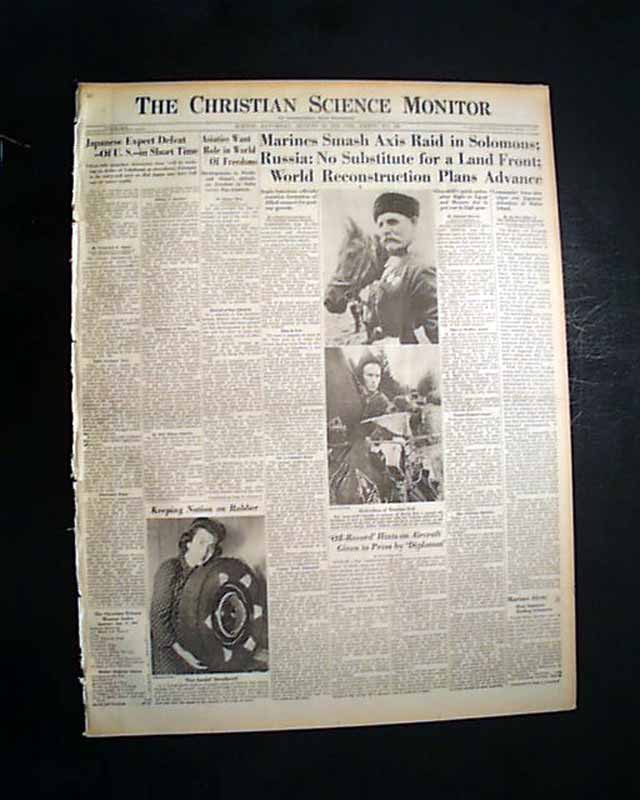 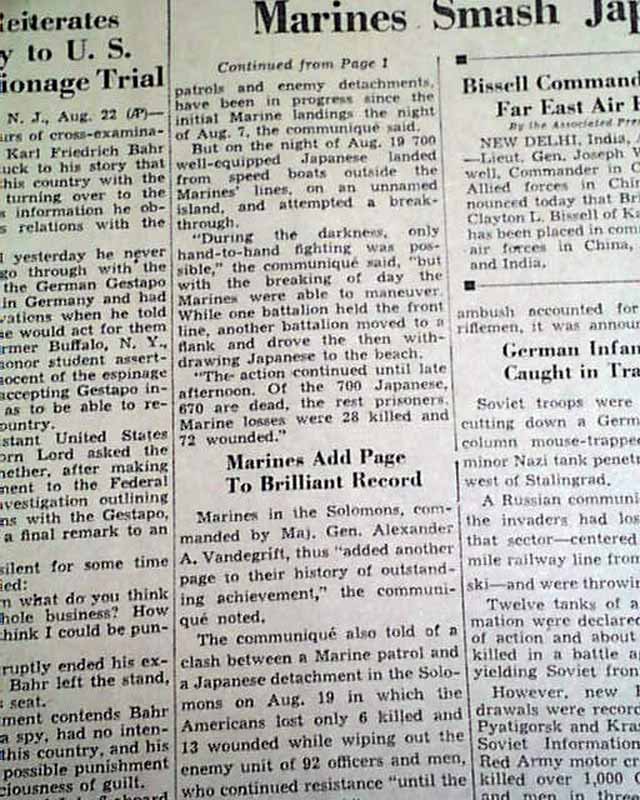 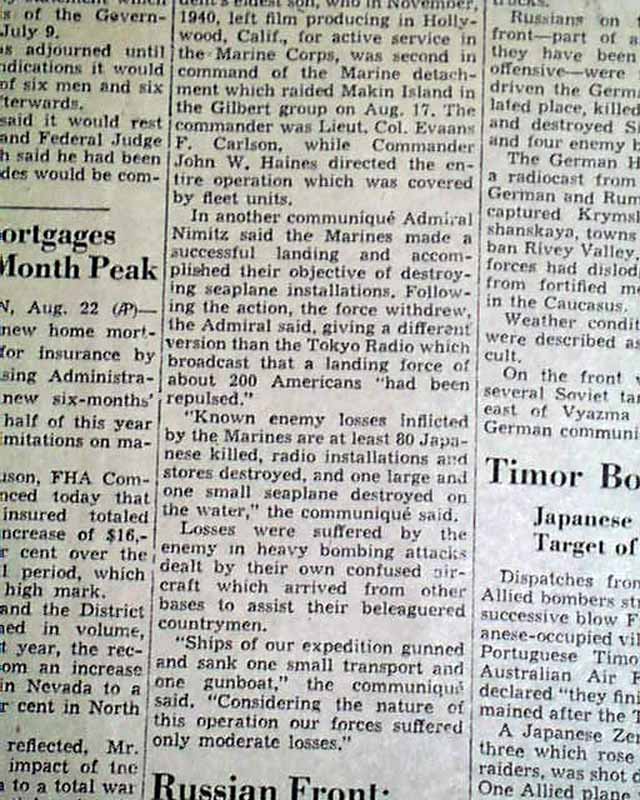