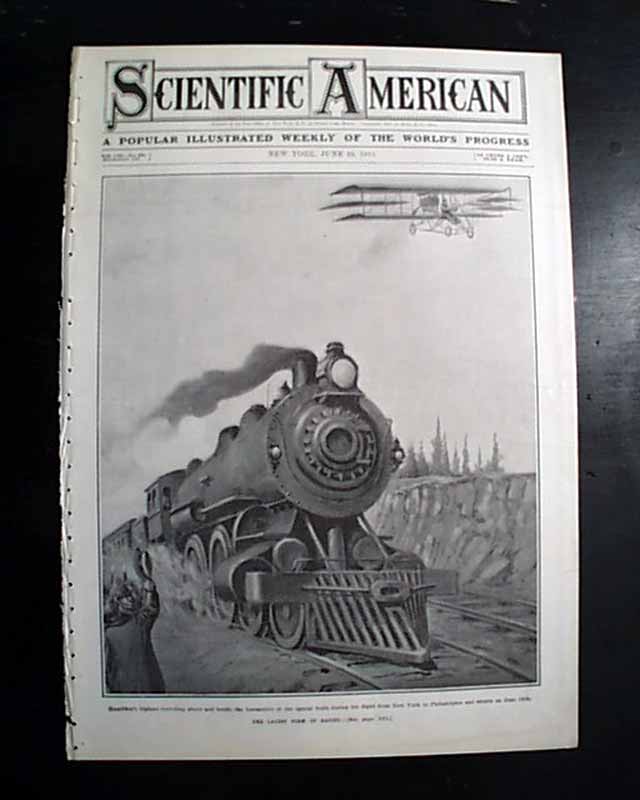 
SCIENTIFIC AMERICAN, New York, June 25, 1910  In an age when the railroad was transportation king, and the airplane was the next great transportation adventure, the front page could not be better. The full pg. is taken up with a print captioned: "Hamilton's biplane traveling above & beside the locomotive of the special train during his flight from New York to Philadelphia and return on June 13th. "The Latest Form of Racing."
Charles Hamilton was a notable daredevil flyer at the time (see hyperlink). The event featured in this issue is mentioned in Wikipedia. Inside has 3 more photos and text headed: "Hamilton's Round-Trip Aeroplane Flight from New York to Philadelphia--A Remarkable Cross-Country Flight"
Twenty pages, small binding holes at the blank spine & the back leaf irregular at the spine. 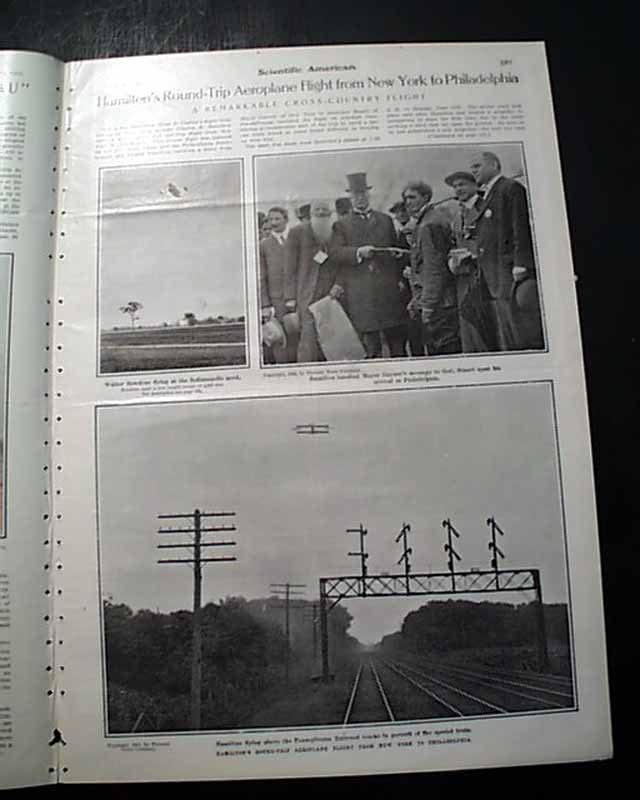 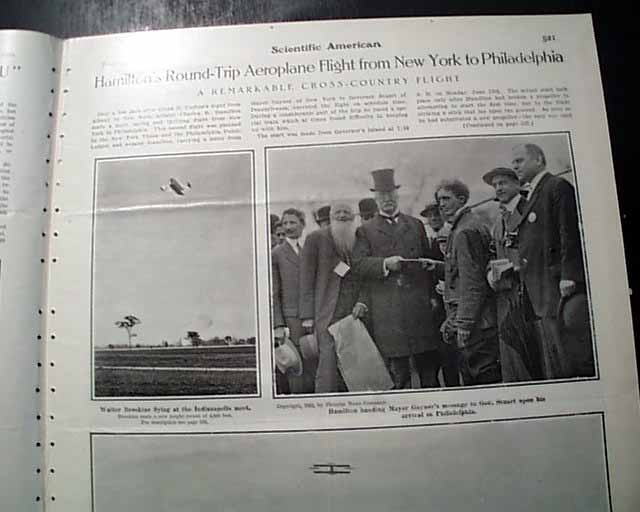