Home > Back to Search Results > William Walker is assassinated in Honduras...
Click image to enlarge 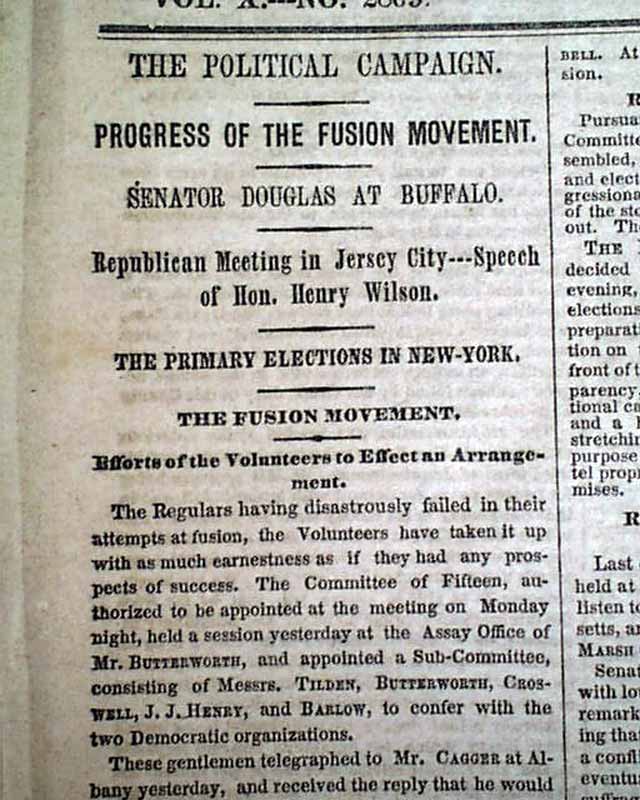 William Walker is assassinated in Honduras...

The ftpg. has reporting on: "The Political Campaign" which includes mention of Lincoln. Also on the ftpg: "News From California" "Arrival of the Overland Express" which begins with a St. Joseph dateline: "The Pony Express with California dates to Sept. 8 arrived here last night...". Also: "Gen. Walker Shot" being a report of the fascinating William Walker, who attempted to create English speaking colonies in Latin America under his control. He was shot by Honduras authorities (see hyperlink for more).
Eight pages, some archival mends near the right margin.