Home > Back to Search Results > War must be made against the Mormons...
Click image to enlarge 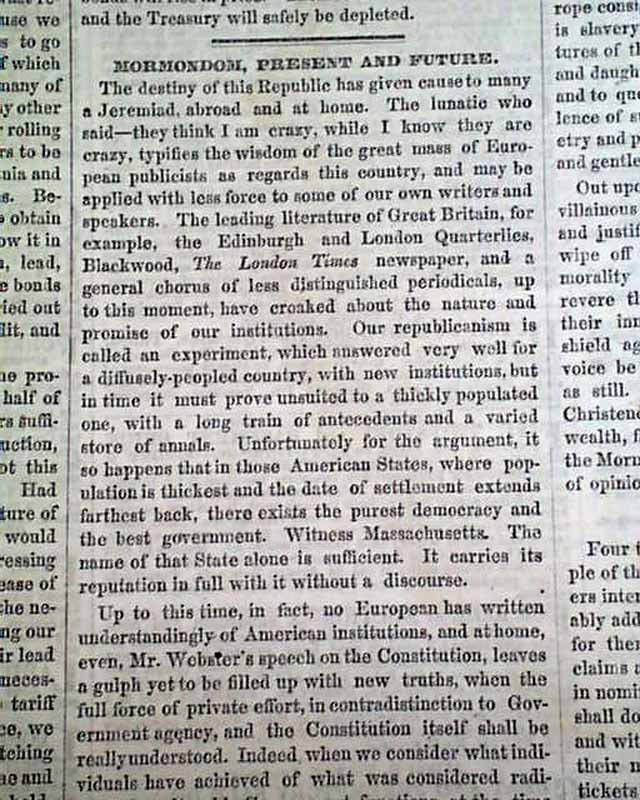 War must be made against the Mormons...

Page 4 has a quite lengthy Mormon article headed: "Mormondom, Present and Future" which takes over a full column. One of the paragraphs begins: "The difficulties between the Mormons and the people of the other States are not difficult of reconciliation, except in the matter of polygamy...war must ultimately be made upon them & their sect be put down by main force..." with much more.
Page 6 has most of a column on: "The Negroes of Wilkes Barre", Pennsylvania.
Eight pages, minor slits at the spine, some toning, good condition.