Home > Back to Search Results > Slaves and their African homeland...
Click image to enlarge 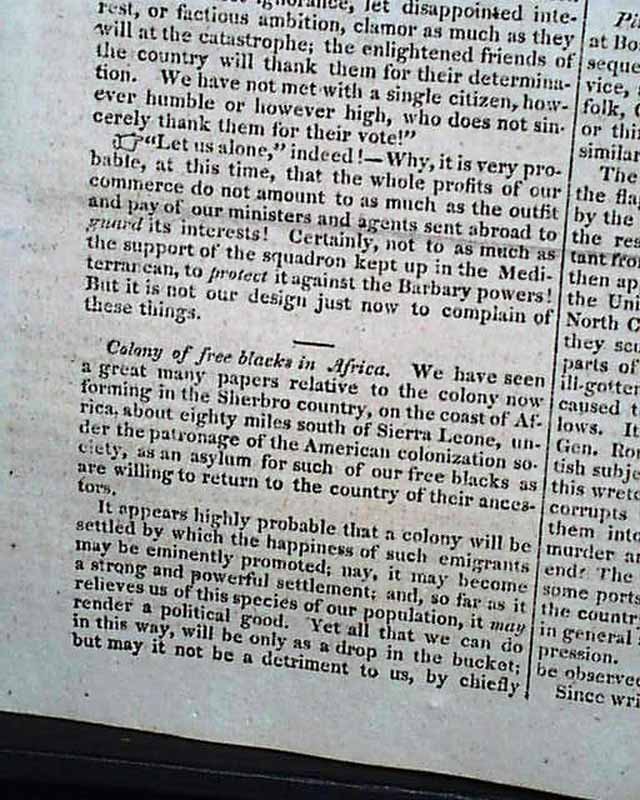 Slaves and their African homeland...


NILES WEEKLY REGISTER, Baltimore, June 24, 1820  Page 2 has: "Colony of Free Blacks in Africa" which is: "...an asylum for such of our free blacks as are willing to return to the country of their ancestors..." taking about 3/4 of a column. Also: "Piracies begins: "Three persons have just suffered death at Boston for piracy & murder...". Further on is a rather lengthy article: "Proceedings on the Slave Trade" being debates in Congress taking about 3 pages, with includes within its text: "A bill to incorporate the American society for colonizing the free people of color of the U. States." and "Resolutions Authorizing the President...to negociate with foreign governments on the means of effecting an entire abolition of the African slave trade...". Much other news of the day as well.
Sixteen pages, measures 6 by 9 1/2 inches, good condition.