Home > Back to Search Results > Wizard of Oz debuts on television....
Click image to enlarge 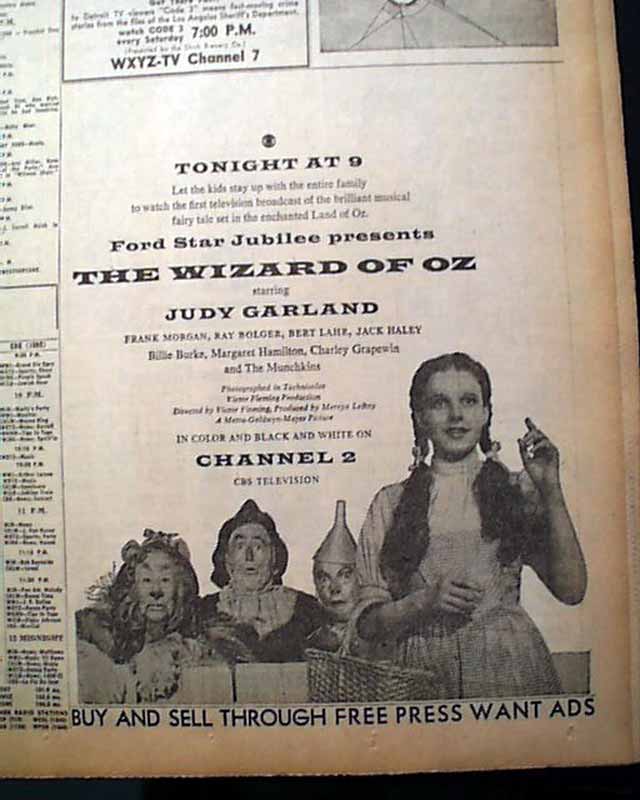 Wizard of Oz debuts on television....

Page 21 has a historic advertisement in television history for debut of the iconic movie "Wizard of OZ" This advertisement measures 9 x 7 inches. The 1939 movie was a somewhat failure in theaters at the time of it's release and only became a family favorite when it began airing on television with the first showing on this day.
News, sports and other advertisements of the day. Complete in 24 pages, small binding holes along spine/1st column, otherwise nice.

source: Zeitgayst: CBS aired the Wizard of Oz on TV for the first time on the evening of Saturday, Nov. 3, 1956.  Unlike the theatrical release, which magically switched from black and white to color when Dorothy opened the door of her house after it landed in Oz, the TV telecast was shown totally in b/w. 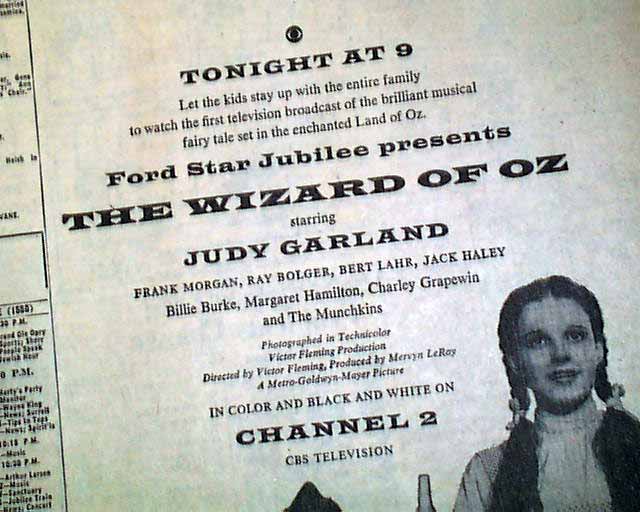 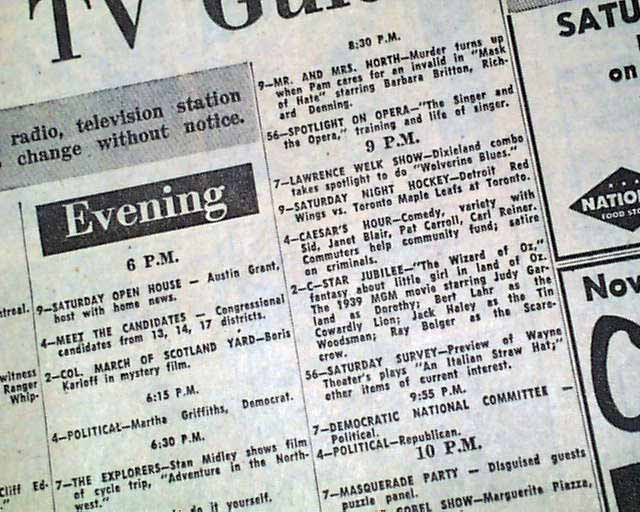 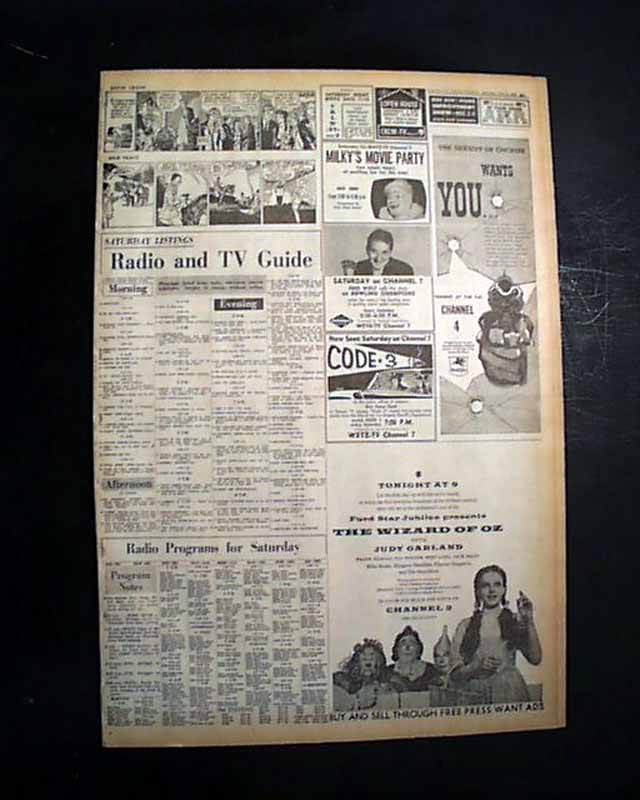 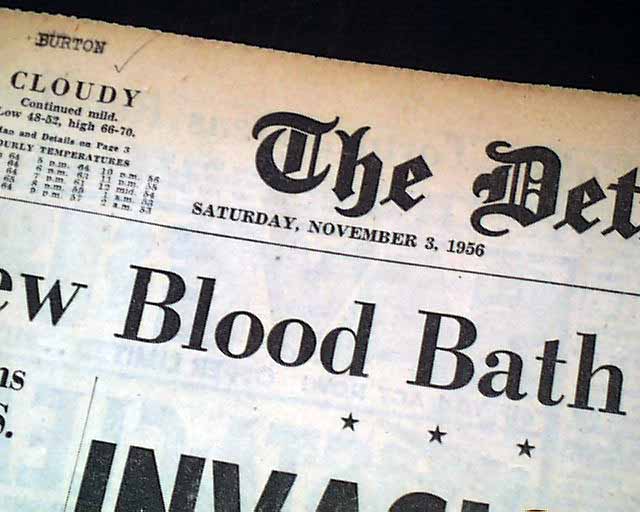 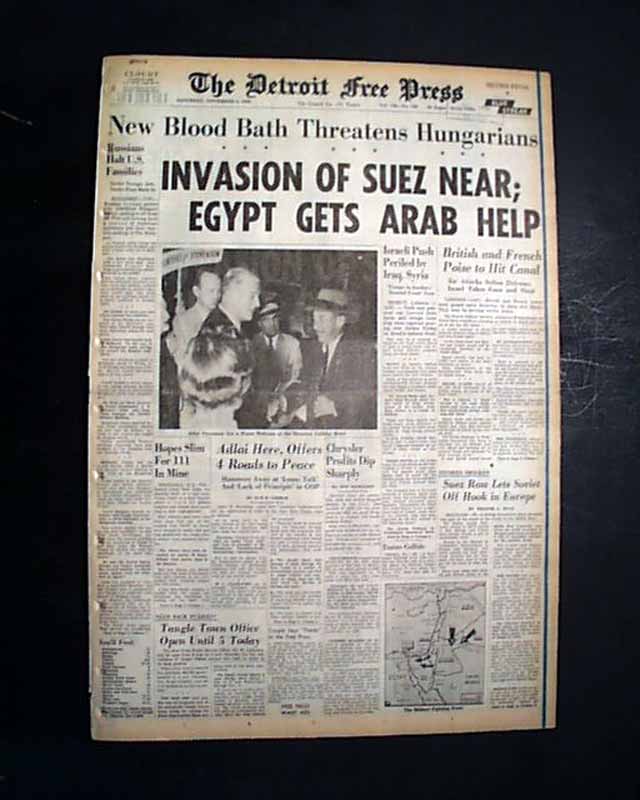 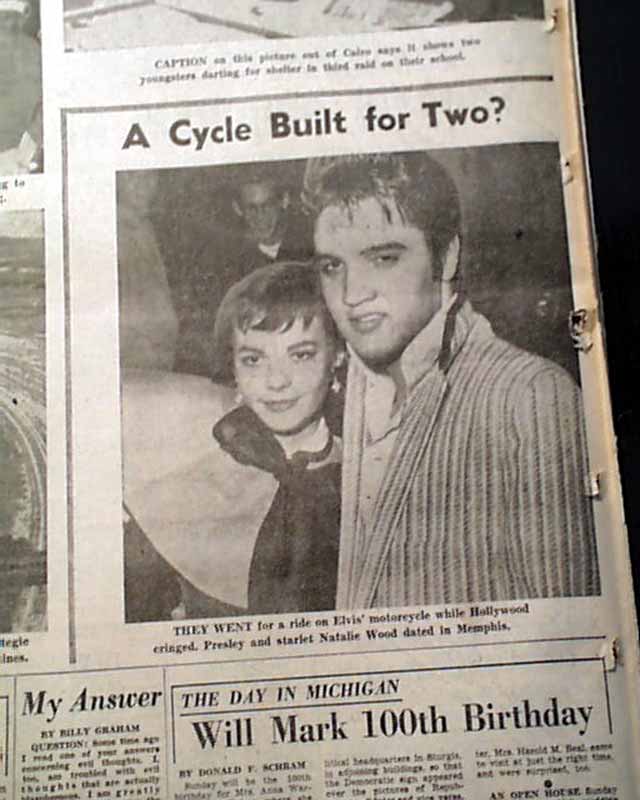