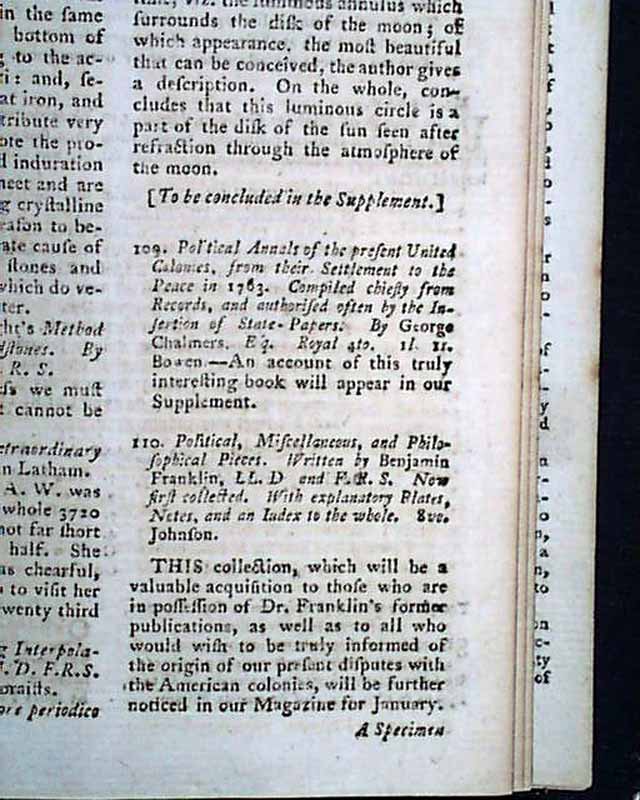 Near the back is a review of a book titled: "Political, Miscellaneous, & Philosophical Pieces, Written by Benjamin Franklin..." (see).
Some talk of "American News" near the back, with mention that: "...Fort Stanwix was surprized & taken by Sir John Johnson...at the head of 1500 loyalists & Indian warriors; that there were only 100 rebel troops in the garrison...that a convoy of provisions & warlike stores were intercepted in going to the rebel army sufficient to supply the loyalists in that garrison during the winter." Another report tells of Sir Geo. Collier and the treatment of prisoners & there is a brief mention of Count d'Estaing landing with 5000 men in Georgia. Plus brief mention of the sighting of what is hoped to be Captain Cook's ships.
Complete in 48 pages, 5 by 8 1/2 inches, full title/contents page with an engraving of St. John's Gate, very nice condition. Two discrete archival mends to unrelated leaves. The called for plate is present.