Home > Back to Search Results > Effects of the Plague...
Click image to enlarge 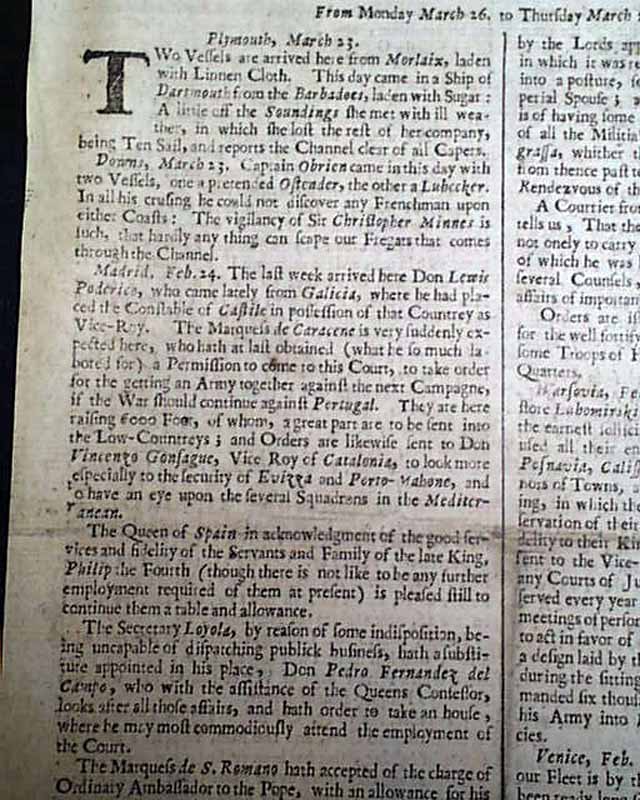 Effects of the Plague...

Front page news from "Spain" includes: "The Queen of Spain in Acknowledgment of the good services and fidelity of the Servants and Family of the Late King....".
From "Venice" is a report stating, in part: "We have very great probability that our Fleet by this arrived at Candia, the Navy' having been ready long since at Pharos...".
On the reverse is news from "Lisbon" stating: "We are Very impatient to hear what success his Majesty of England's Ambassador hath had in the mediating od a Peace between us and Spaine...".
By far the most historic content in this issue is at bottom of the second column with the weekly death toll from the Great Plague, reading: "The Account of this Weeks Bill runs thus. The Total 224. Of the Plague 17. Decreased in all 9. Of the Plague 16."
Very rare to find period mention of the Great Plague.
Single sheet, 6 1/2 by 10 3/4 inches, nice condition.