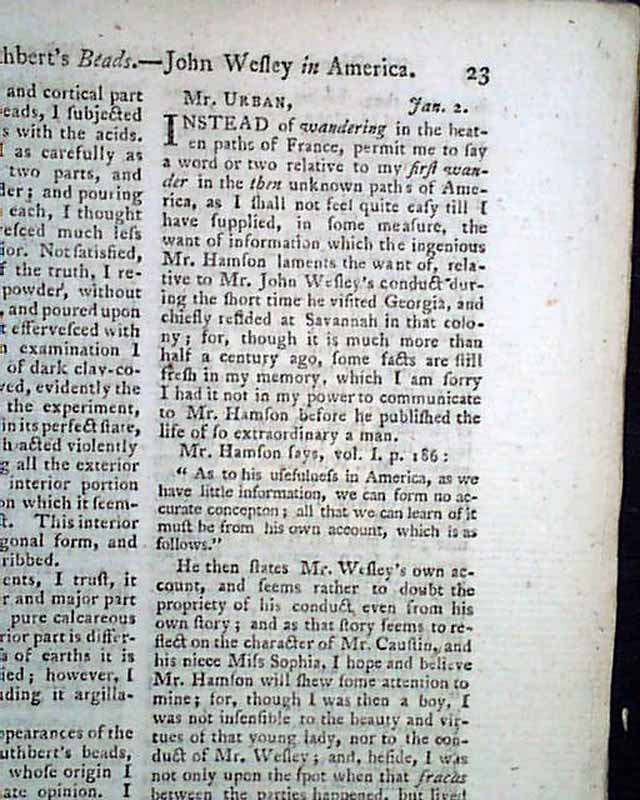 Included under the heading: "American Intelligence" is: "The President's Address to both Houses of the Federal legislature..." which has the full text of Washington's annual state-of-the-union address to Congress, signed at its conclusion: G. Washington, and dated Oct. 25, 1791. Also included is the lengthy article, "Wanderer's Account of John Wesley in America," which focuses on his time in Savannah, Georgia.
Included with the issue are 3 plates.
Complete in 96 pages, 5 by 8 inches, full title/contents page featuring an engraving of St., John's Gate, very nice condition.