Home > Back to Search Results > The Jacobite Rebellion... Battle of Falkirk with a "diagram"...
Click image to enlarge 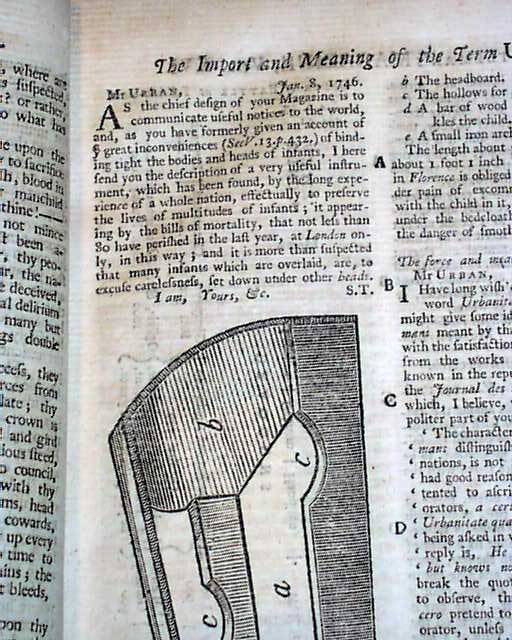 The Jacobite Rebellion... Battle of Falkirk with a "diagram"...

There is good content on the Jacobite Rebellion with: "Order of Battle at Falkirk-muir" being a textual diagram of the placement of troops, with other related text concerning the Battle of Falkirk. Also: "How the most noble Party of Free-Thinkers will suffer by the Success of the present Rebellion", "A Second Letter to the Jacobites" "Extract of a Letter from a Gentleman at Derby" and: "Accounts of the Motions of the Rebels & of the King's Forces...", the latter taking over 7 pages.
Also within: "Orders of the Young Pretender & his Generals" "Orders issued by the young Pretender for payment of the land tax, and for raising a supply of horses." and "Essay on Regular and Irregular Forces".
There is also: "The nature of National Offences truly stated: And the peculiar Case of the Jewish people rightly explained; Showing that Great Britain...may reasonably aspire to the distinguished protection of Heaven".
An article: "On Insurance of Hostile Ships" has several references to America & the West Indies, and a note beginning: "Since we are in possession of Cape Breton, this is the favourable crisis if there can be one for ruining the French trade & establishing our own...".
Near the back is the "Historical Chronicle" which has various news reports from throughout Europe. One report notes briefly: "Arrived an express from his royal highness the duke of Cumberland with an account of the surrender of Carlisle." and a report headed: "A letter from a private soldier of Barrell's regiment at Edinburgh". A brief item notes a celebration at Connecticut for the taking of Cape Breton. Another item notes: "...by the latest accounts that the town of Stirling was, like that of Edinburgh and Carlisle, basely given up to the rebels...".
Complete in 48 pages full title/index page featuring an engraving of St. John's Gate. 5 1/2 by 8 3/4 inches, with untrimmed margins, good condition.

Note: The map called for at the bottom of the title page is virtually never present, as even the publisher's notes at the front of the volume suggests: "The bookbinder would do well to place the whole sheet chart of New England, New France, Cape Breton, Canada, etc. publish'd with January Magazine, between p. 72 and 73 [the February issue] where is M. Bellin's description of it...". The text relating to the map is in the February issue, hence the map almost always is--logically--found there.