Home > Back to Search Results > Mention of Georgia from its founding year...
Click image to enlarge 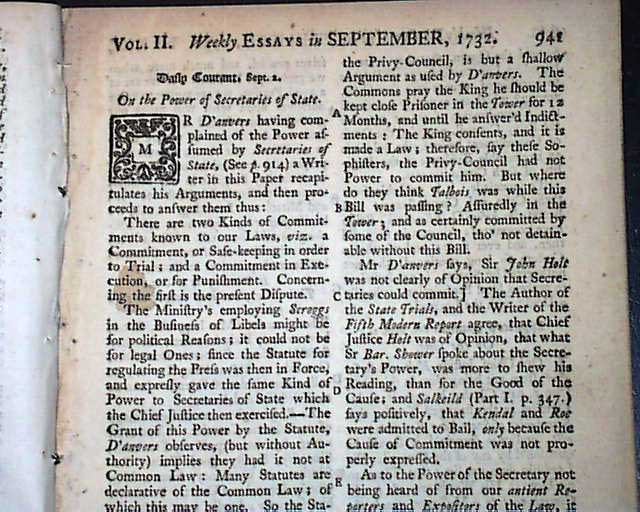 Mention of Georgia from its founding year...

Item # 642687 THE GENTLEMAN'S MAGAZINE, London, September, 1732  There is also two pages of "Mr. Purry's Account of Carolina, continued" (from the previous issue), very descriptive.
Near the back is the "Monthly Intelligencer" which has the latest news reports of the day which begins with a note mentioning: "...the new colony in Georgia...". Nice to have early mentions and descriptions of colonial America.
Complete in 56 pages, 5 by 8 inches, full title/contents page featuring an engraving of St. John's Gate, nice condition. There were no plates or maps in issues of this early date.

A very nice magazine from the "mother country" from near the beginning of its existence, containing a wide range of varied content including news of the day, political reports, literary items, and other unusual tidbits. This was the first periodical to use the word "magazine" in its title, having begun just the year before in 1731 and lasting until 1907.