Home > Back to Search Results > Tehran Conference in 1943 WWII...
Click image to enlarge 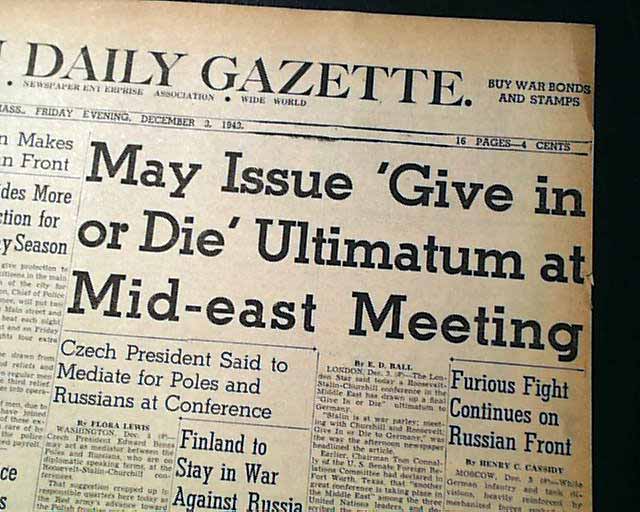 The top of the front page has a four column headline: "May Issue 'Give in or Die' Ultimatum at Mid-east Meeeting" (see) Coverage on the Tehran Conference meeting between the big three powers in Iran.
Other news of the day throughout with much on World War II. Complete in 16 pages, light toning and a little wear at the margins, generally good.