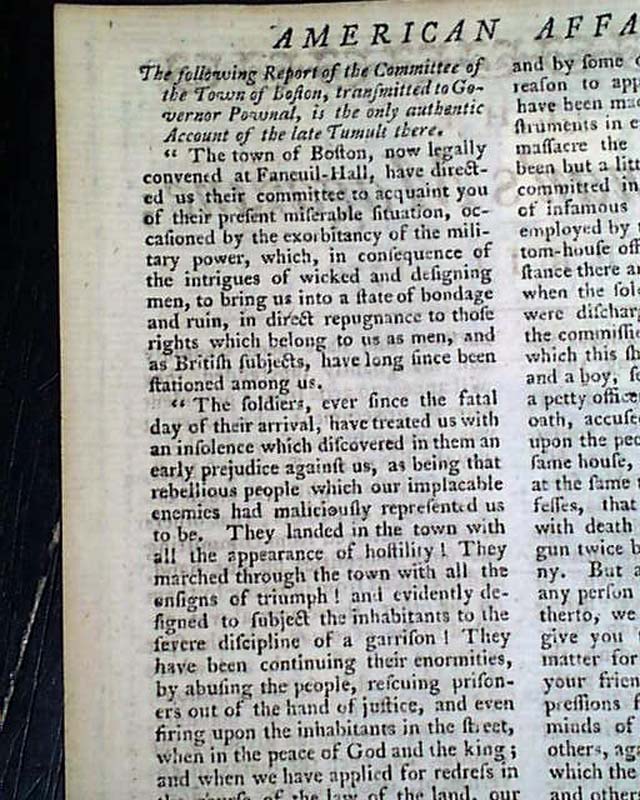 Certainly the most notable item in this issue is the report on the Boston Massacre. The entirety of page 2 is taken up with an excellent & historic report of the Boston Massacre, headed: "AMERICAN AFFAIRS" and the article prefaced with: "The following Report of the Committee of the Town of Boston, transmitted to Governor Pownal, is the most authentic Account of the late Tumult there."  This detailed account gives all the particulars (see) with comments including: "...a quarrel arose between some of the soldiers of the 29th & the ropemakers journeymen...a party of 7 or 8 soldiers...by orders fired upon the inhabitants, promiscuously, in King Street, without the least warning of their intention, and killed three on the spot; another has since died of his wounds...Captain Preston & his party are now in jail..." with much more (see for portions).
As if this was not sufficient, the "Historical Chronicle" section at the back of the issue includes another even more detailed account of the massacre and the events which preceded it including actual quotes of the shouts and accusations. This is certainly an excellent issue on this historic event.
Another item from America notes that: "...the ladies in some of the provinces have entered into an agreement not to drink tea till the revenue acts are repealed."
Present are both of the full page plates called for, only of which is a nice map captioned: "A View of the Bay of Santerini, with a Burning Island, which Lately Rose Out of the Sea".
Complete in 48 pages, full title/contents page with an engraving of St. John's Gate, , 5 by 8 1/4 inches, very nice condition. 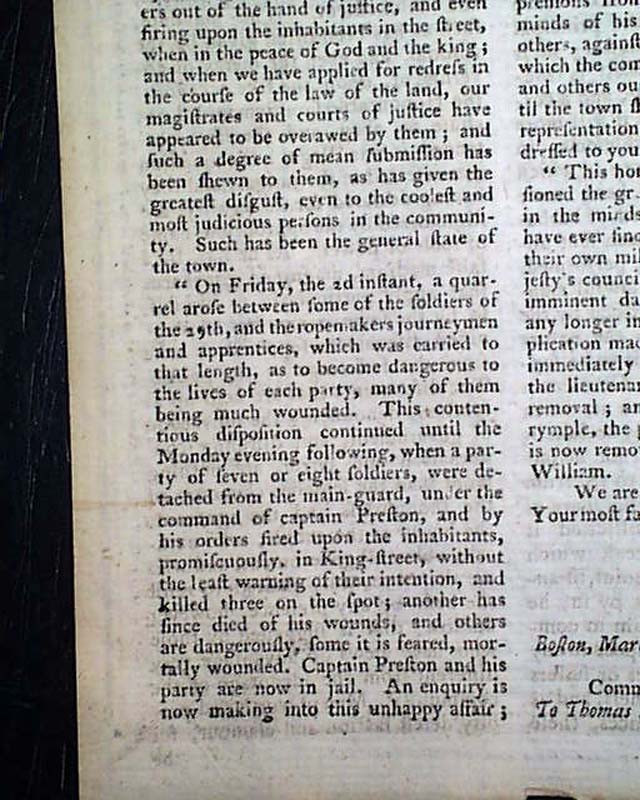 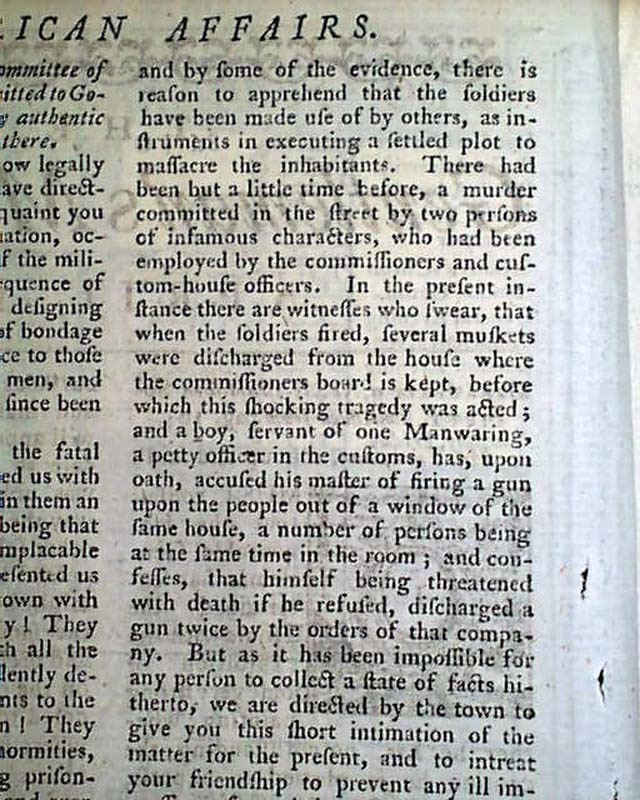 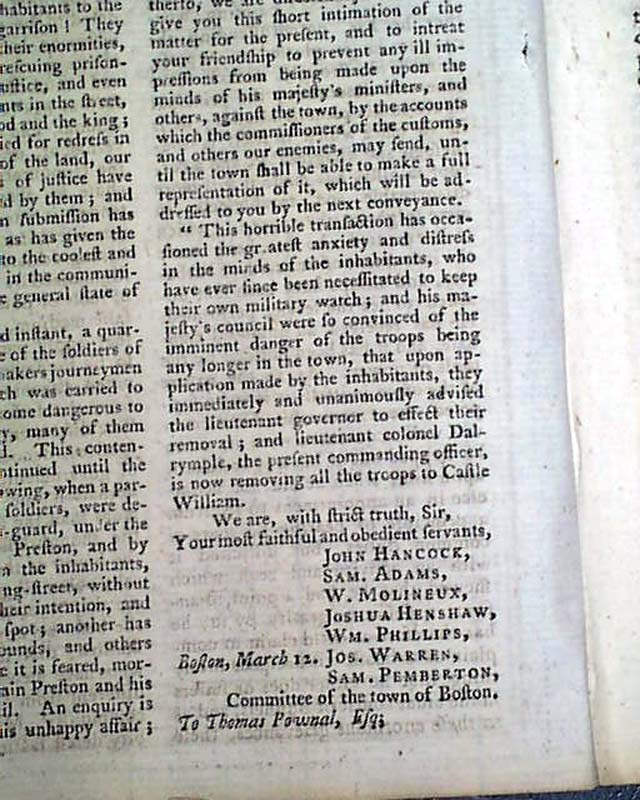 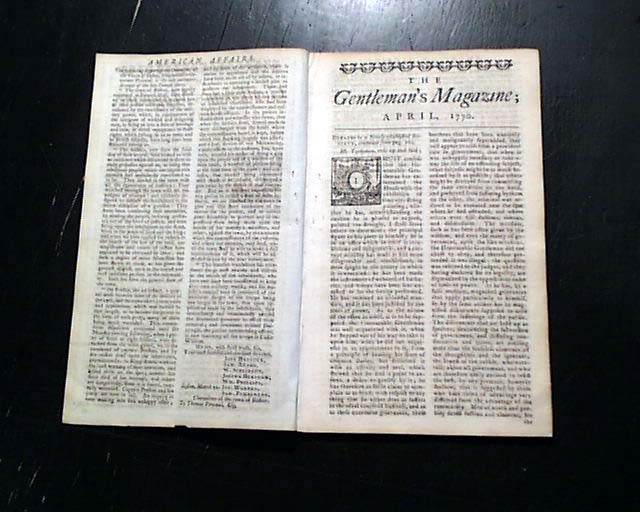 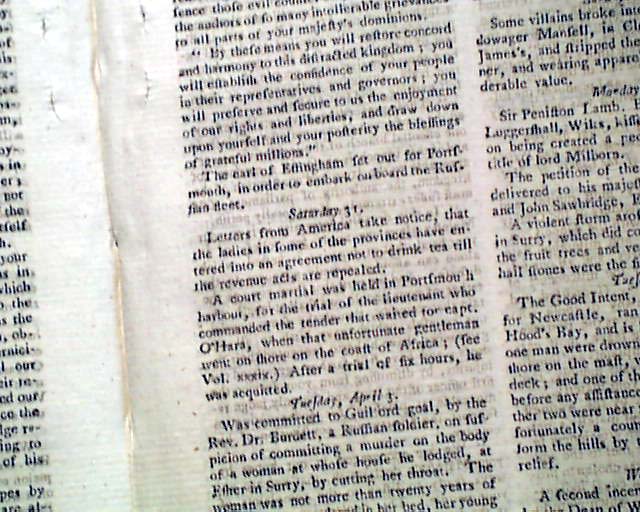 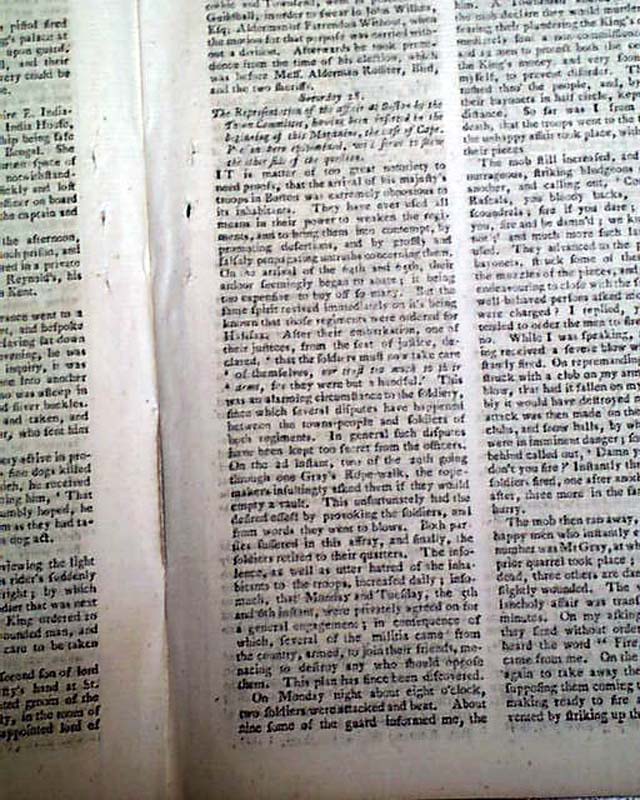 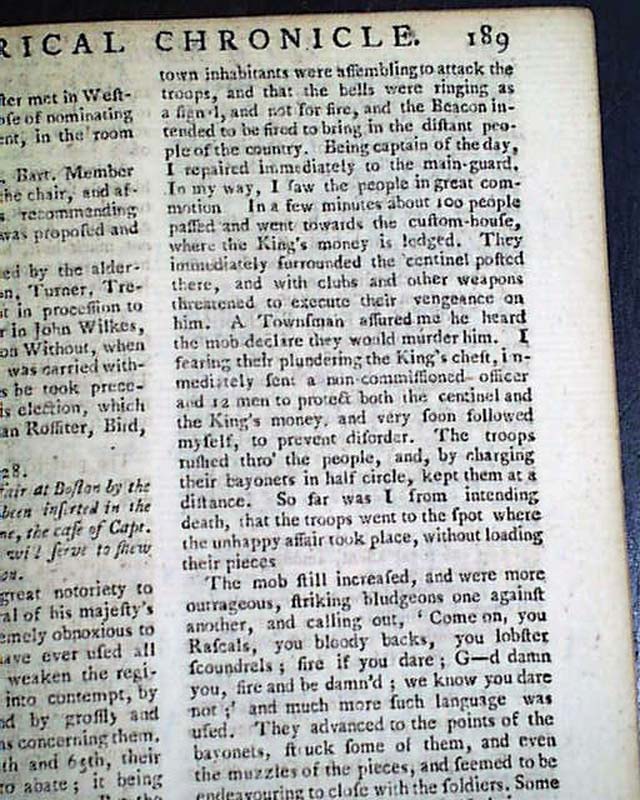 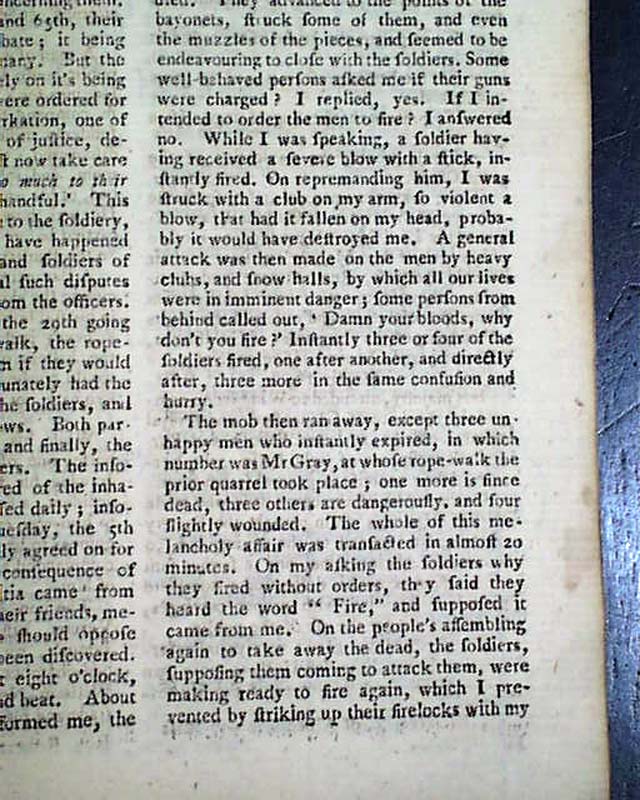 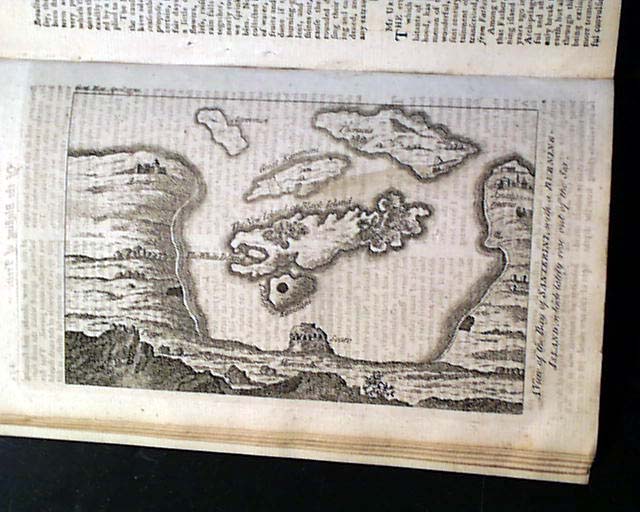 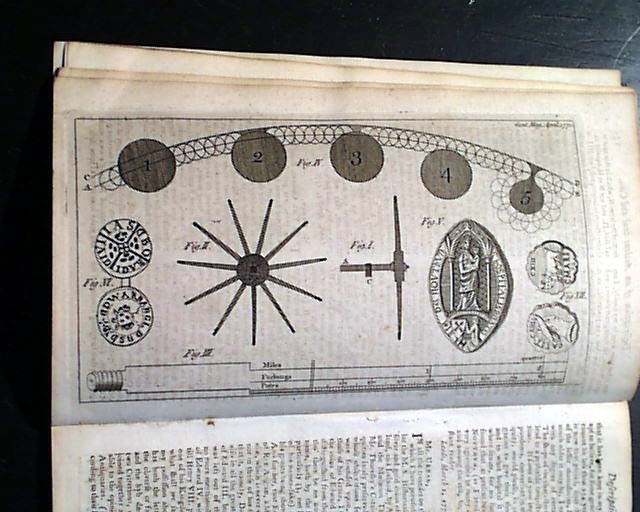 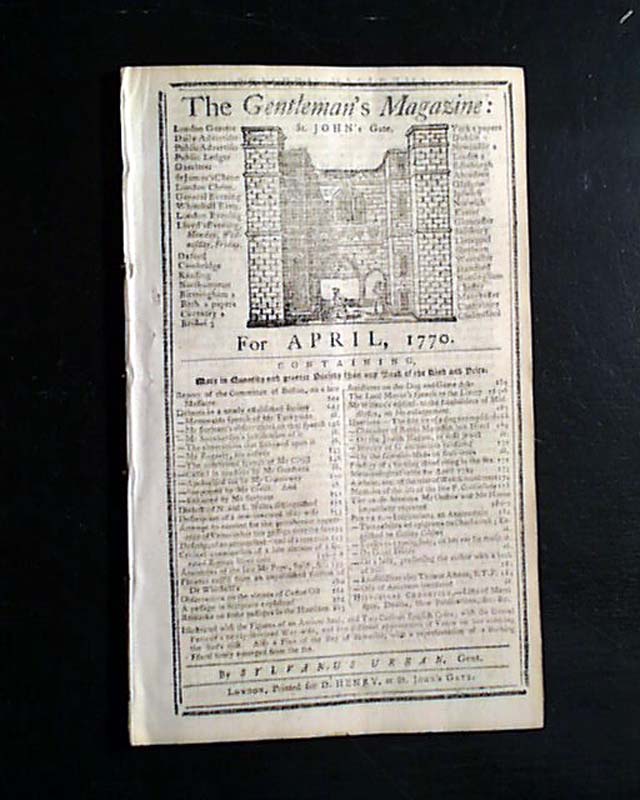