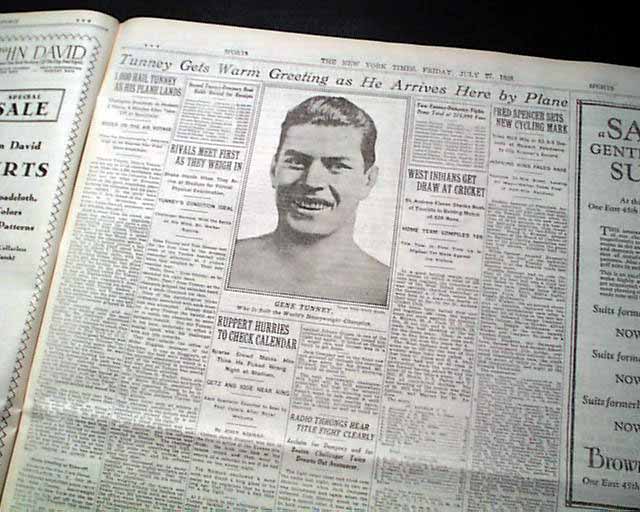 The top of the front page has a two column headline: "TUNNEY SCORES KNOCKOUT OVER HEENEY IN ELEVENTH; ONLY 50,000 SEE THE BATTLE" with subheads. (see) Much more in the sport's section with headlines, photos and round by round description. Loads of text here. Always nice to have notable events in history reported in this World famous publication.
Other news, sports and advertisements of the day. Complete in 40 pages, this is the rare rag edition that was produced on very high quality newsprint, with a high percentage of cotton & linen content, allowing the issues to remain very white & sturdy into the present. Given the subscription cost, libraries & institutions rather than individuals were the primary subscribers of these high-quality editions. Nice condition.

wikipedia notes: James Joseph "Gene" Tunney was an American professional boxer who competed from 1915 to 1928. He held the world heavyweight title from 1926 to 1928, and the American light heavyweight title twice, from 1922 to 1923. He retired undefeated as a heavyweight after his victory over Tom Heeney in 1928, after which Tunney was named Fighter of the Year by The Ring magazine. 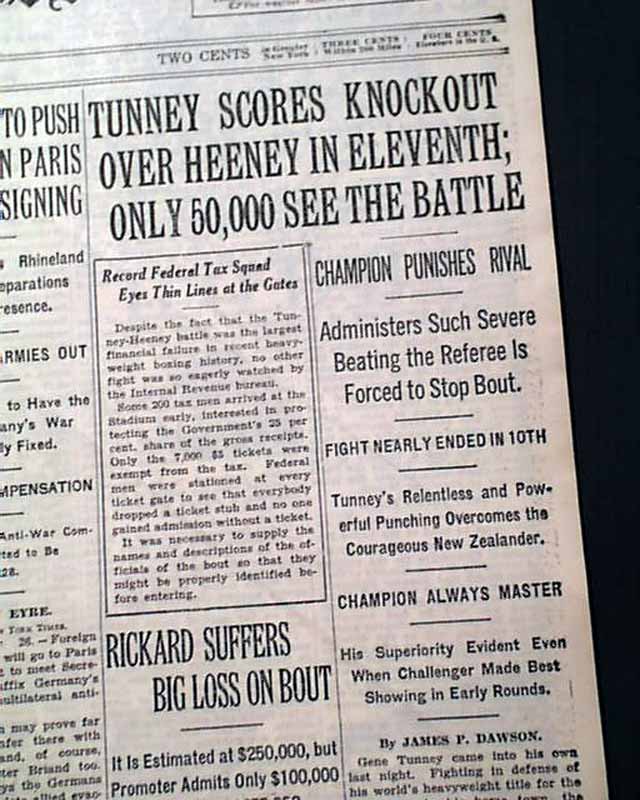 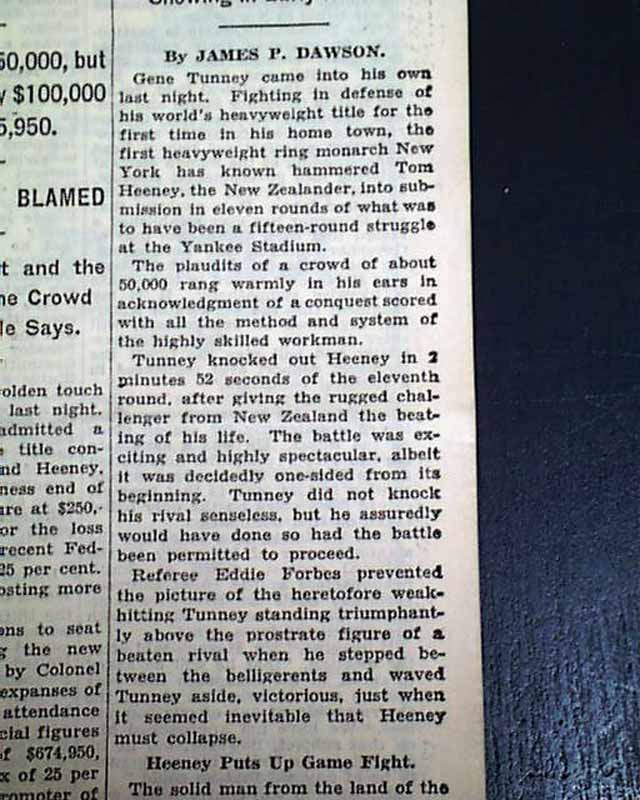 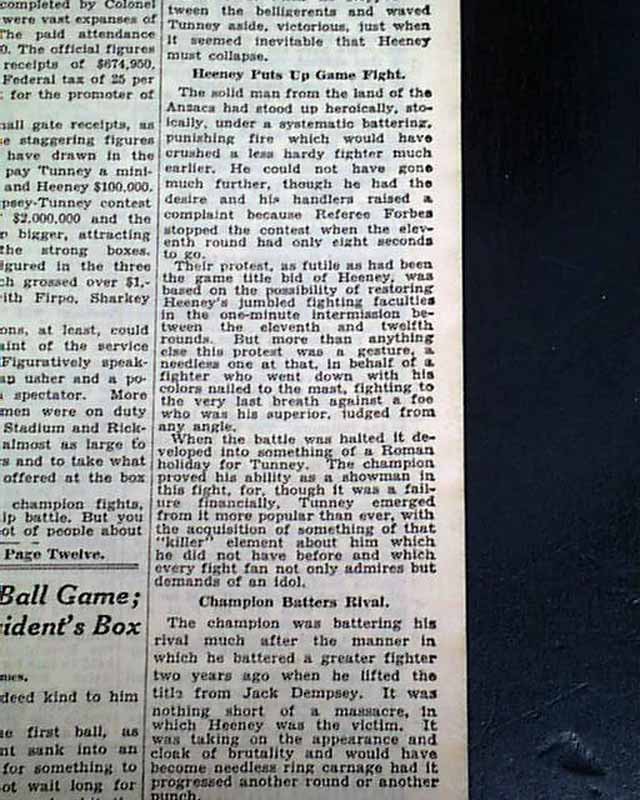 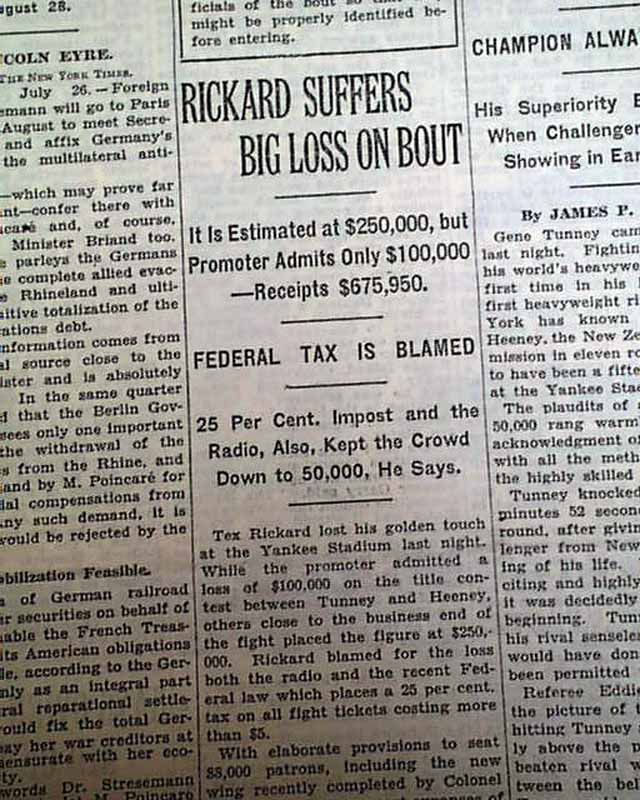 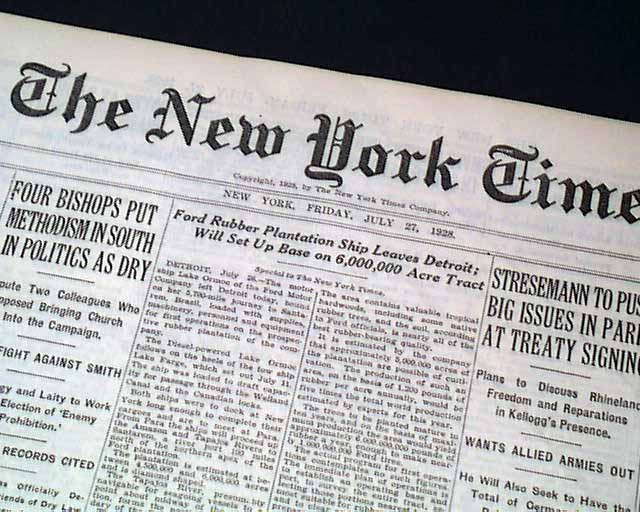 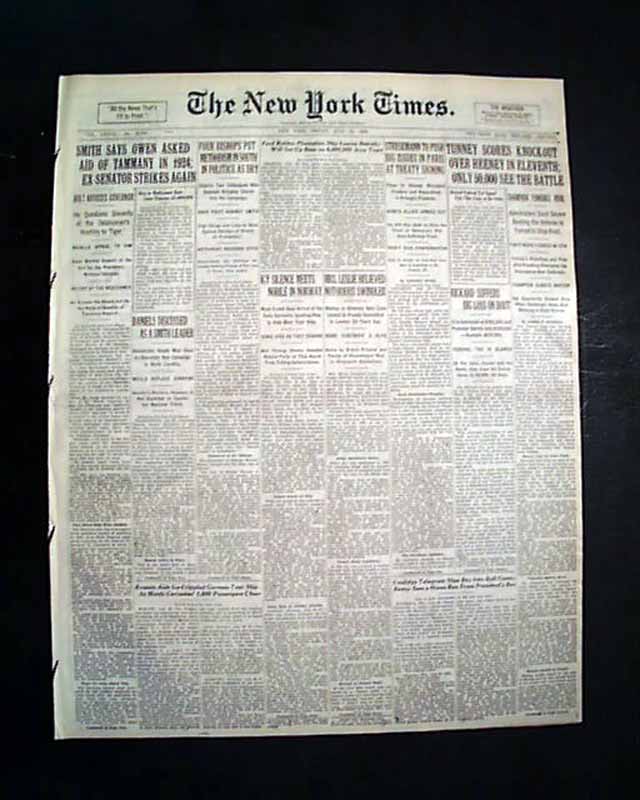 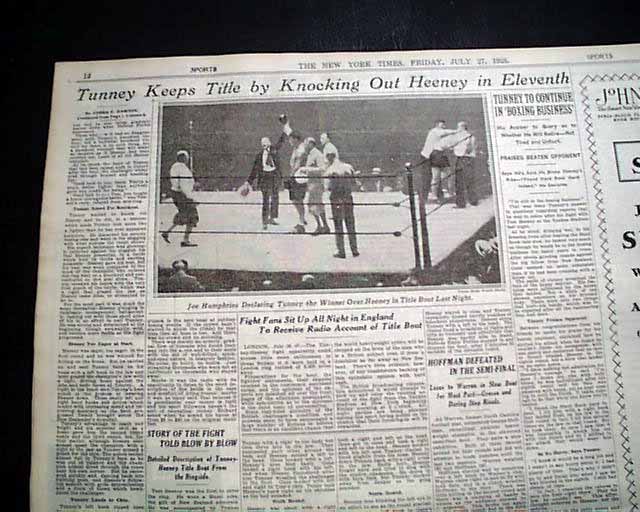 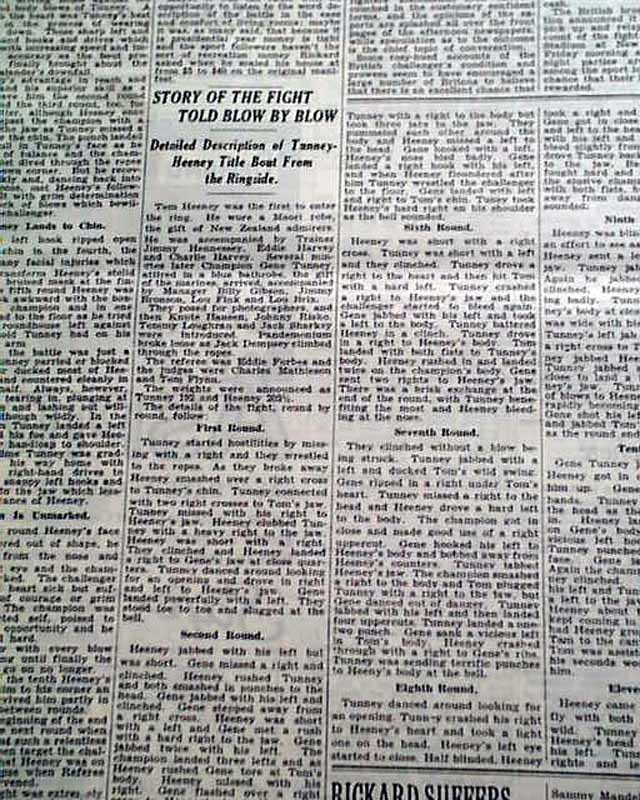