Home > Back to Search Results > Concerning the surrender of Burgoyne at Saratoga... Foldout map of Dominica...
Click image to enlarge 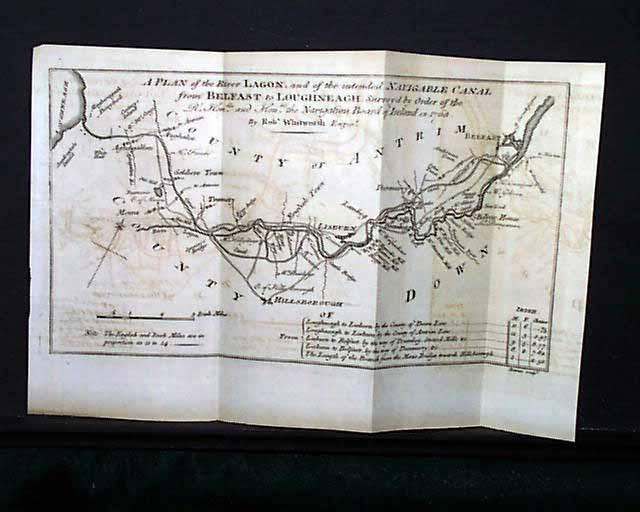 Concerning the surrender of Burgoyne at Saratoga... Foldout map of Dominica...

Item # 641357 THE GENTLEMAN'S MAGAZINE London, December, 1778  The first article, taking fully six pages, is debate on the: "...motion for the Instructions to Gen. Burgoyne..." , obviously relating to his defeat at Saratoga, with some reports including: "...convinced that the gallant Burgoyne had done all that man could do...Many of the Provincials whom Gen. Burgoyne thought well-affected betrayed him; some of the troops, though truly brave, did not, on every occasion, exert themselves alike..." with much more, and evolving into other issues on the war. Another page notes: "...the various operations of the army in America after the arrival of the troops--their being cooped up in Boston, to their being obliged ultimately to leave it...What, says he, was the language of America at this time? They send a petition to this country...disclaiming every idea of independence...the ministry gave out, the petition was all a farce, the Americans want independence..." (see).
Near the back are four pages of reports headed: "Advices Received from America" including a nice letter regarding a desire to have the convention of Saratoga fulfilled, that: "...the troops detained in New England in direct contravention of the treaty entered into at Saratoga...I now, however, repeat the demand that the convention of Saratoga be fulfilled..." signed: H. Clinton. This is responded to a terse terms: "...directed to inform you that the Congress of the United States of America make no answer to insolent letters." (see).
Also mention of Cornwallis taking a post on the Hackensack River; some talk of Gen. Washington with: "Gen. Washington did not seem to shew the least disposition to assemble his army & the militia kept at a distance..." with much more on events in upstate New York & elsewhere, mentioning Tappan, New York, Little Egg Harbour, & more.
Included is a nice foldout: "Map of the Island of Dominica..." also showing the southern portion of Guadalupe & the northern tip of Martinique (see). This map is actually called for in the November issue but is present here because the related article on Dominica is in this issue. It measures 8 1/2 by 10 1/2 inches and has considerable detail with some minor foxing.
Also present is the foldout map of the canal on the Lagon River in Ireland.
Complete in 48 pages, full title/contents page with an engraving of St. John's Gate, 5 by 8 1/4 inches. Nice condition.