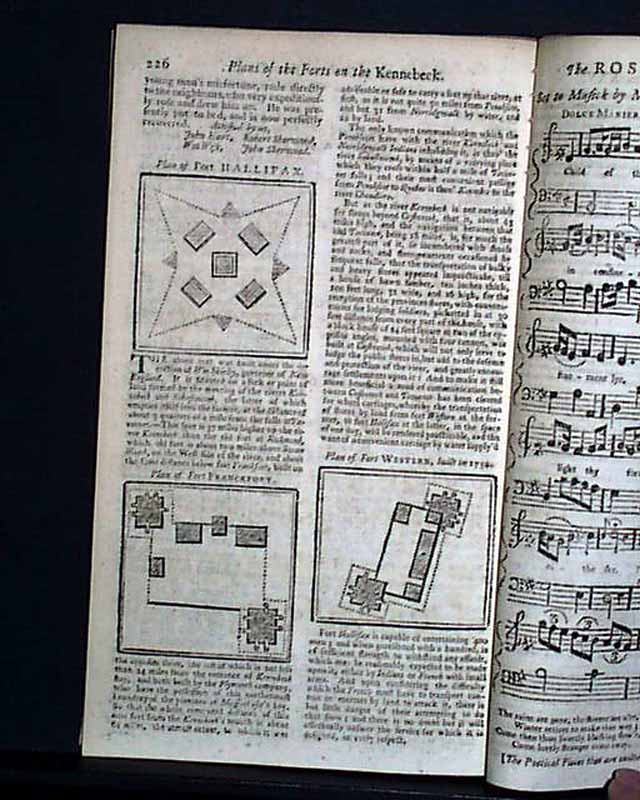 A 4 page article headed: "An Account of the British Trade & Settlements in North America from the French of Mons. Dumont, one of the Commissioners on the Part of the King of France for settling the Limits of the English & French Colonies in N. America." This is a terrific article on the early settlements of America by the contending nations of England & France & the troubles which brewed between them. It takes over 4 pages. Subheads at the top of the pages are: "New History of Hudson's Bay" and "Discovery & Settlement of Newfoundland and "French & English Contend for it" and "The Importance of the Cod Fishery to England".

Of significance are the three illustrations of early forts built in North America, headed: "Plan of Fort Hallifax" and "Plan of Fort Franckfort" and "Plan of Fort Western, built in 1754" with descriptive text for each (see). Rare to find such prints of early American military installations in period magazines.
Near the back is the "Historical Chronicle" which has two letters from Philadelphia. And further on is half a page headed "America" which includes at least two reports on the French & Indian War including: "...immediately after marched to Will's Creek...the French have abandoned their forts on the Ohio & filed off to protect their settlements in Canada where they are apprehensive of being attacked by the New England forces...Twenty-six deserters from the French came lately to our camp..." with more (see).

This issue also includes the one of the full page plates called for, titled: "The Land Prospect of that Surprising Natural Harbour Call'd the Bullers of Buchan in Scotland" (see).

Has 46 pages, 4 3/4 by 8 inches, lacking the engraving of St. John's Gate, several tiny binding holes along the left spine, otherwise very nice, clean condition. Note: A photocopy of the cover from another issue is included for reference. 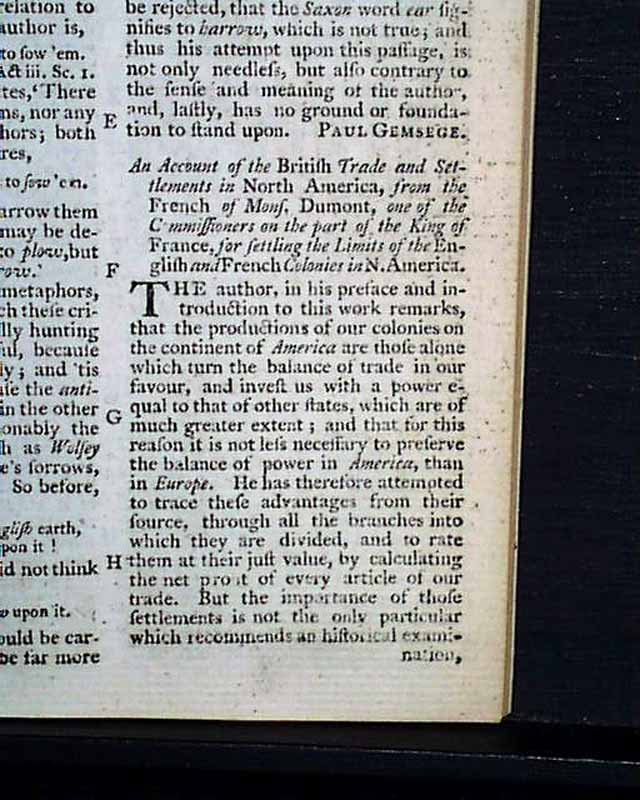 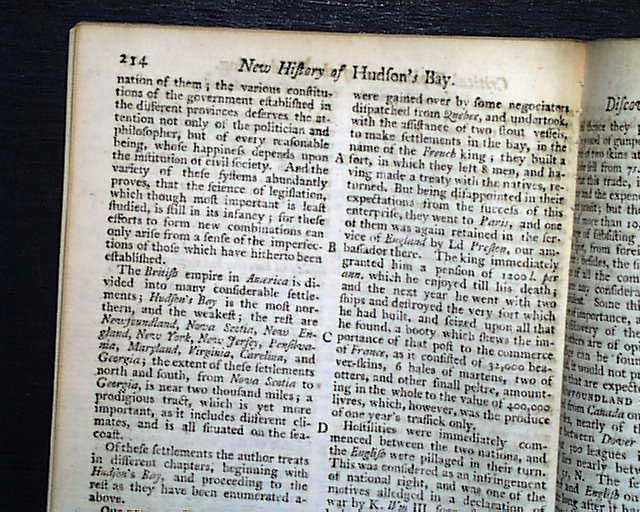 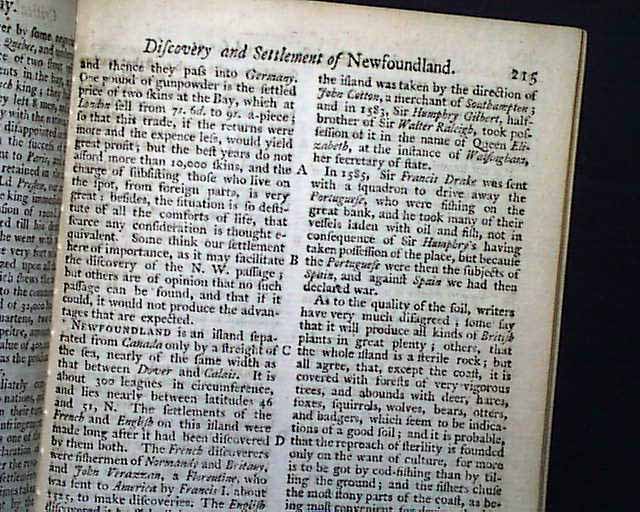 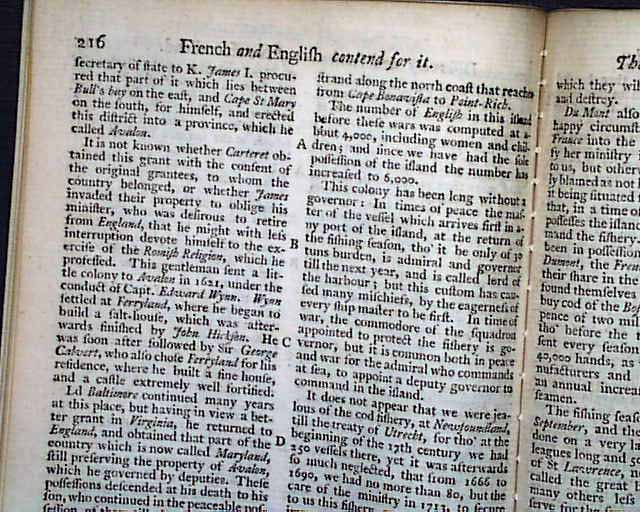 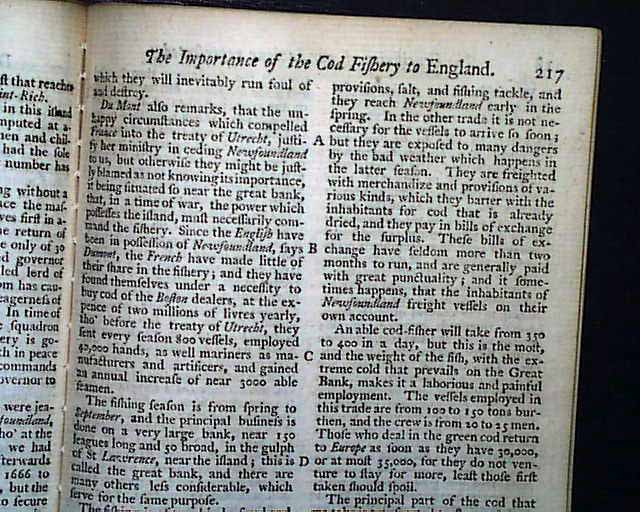 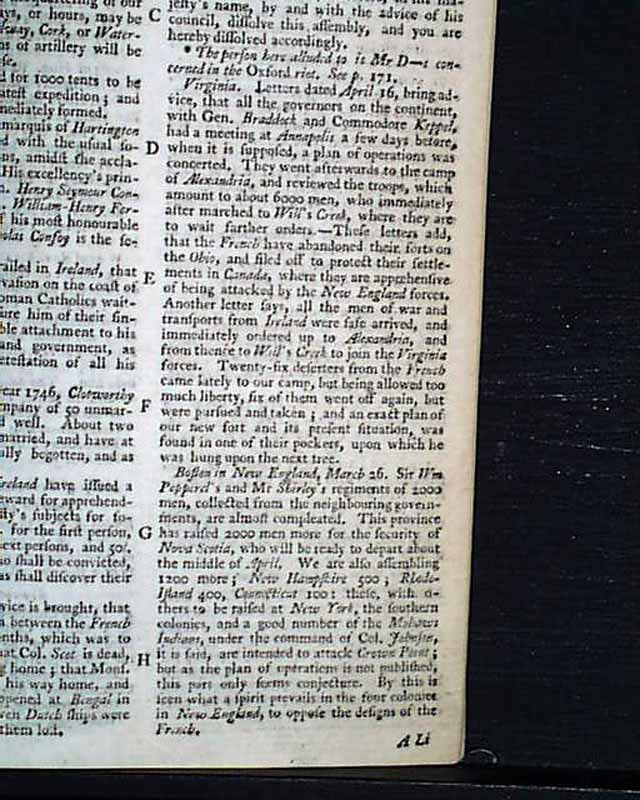 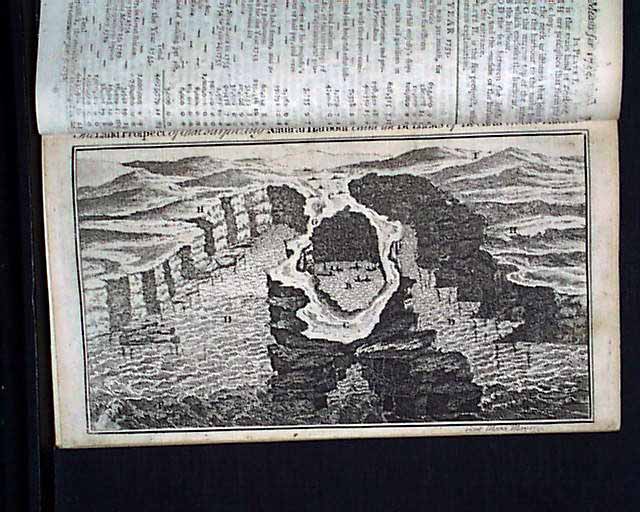 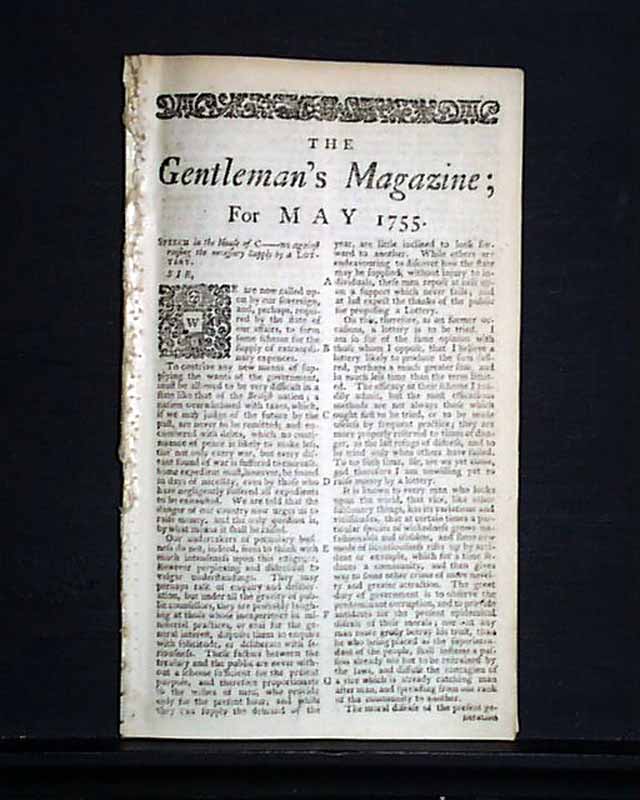