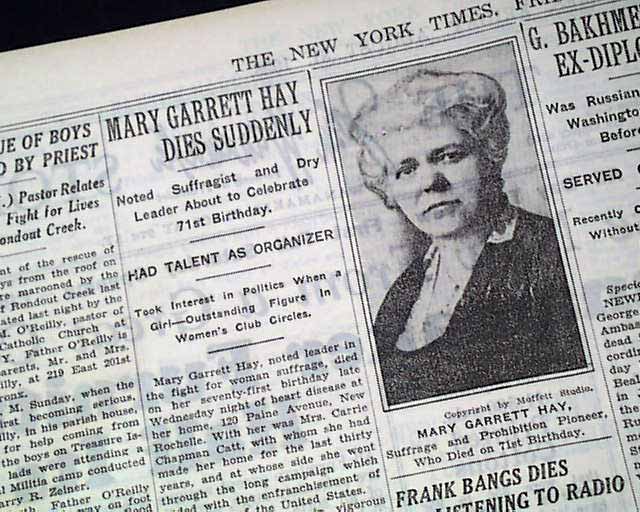 The top of page has a one column heading: "MARY GARRETT HAY DIES SUDDENLY" with subheads and photo. (see)
Other news, sports and advertisements of the day. Complete in 40 pages, this is the rare rag edition that was produced on very high quality newsprint, with a high percentage of cotton & linen content, allowing the issues to remain very white & sturdy into the present. Given the subscription cost, libraries & institutions rather than individuals were the primary subscribers of these high-quality editions. Nice condition.


source, NWHM: Mary Garrett Hay, temperance worker, club woman, and suffragist from Indiana, politically organized the state and city of New York to pass suffrage, winning the most populous state for the suffrage ranks. As President of the New York Equal Suffrage League and the New York City Woman Suffrage Party, she directed the city’s suffrage groups in the state campaigns of 1915 and 1917. Parades, street rallies, and infinite organization won New York for suffrage in 1917. Respected for her consummate political skills, her close association with Carrie Chapman Catt gave her enormous political clout within the suffrage ranks. 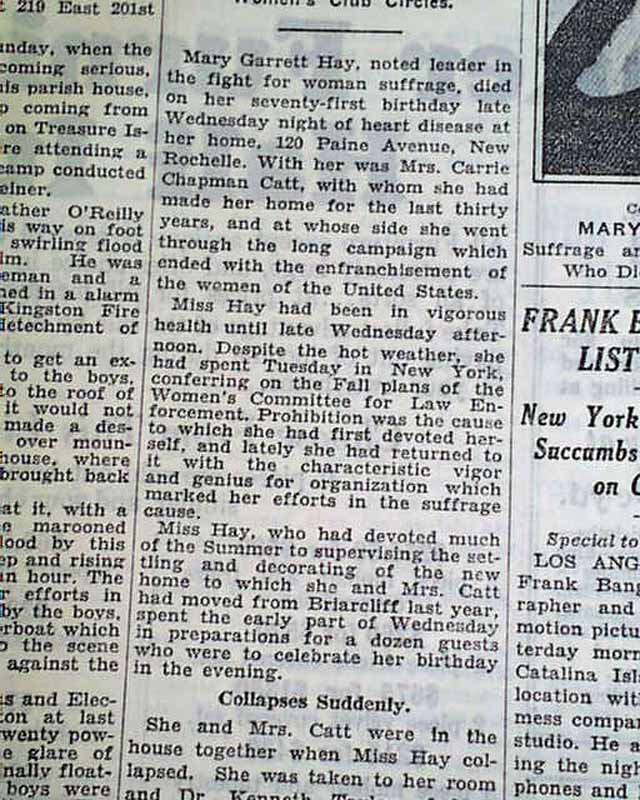 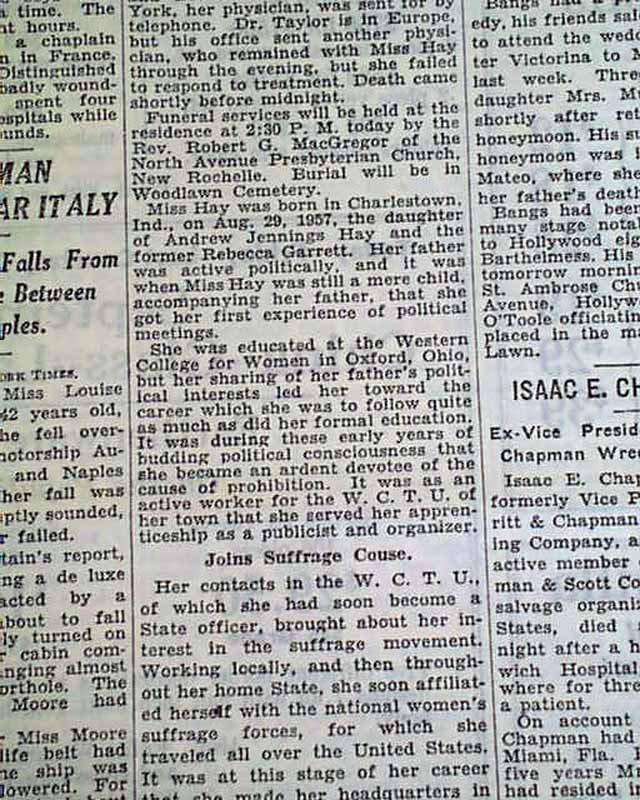 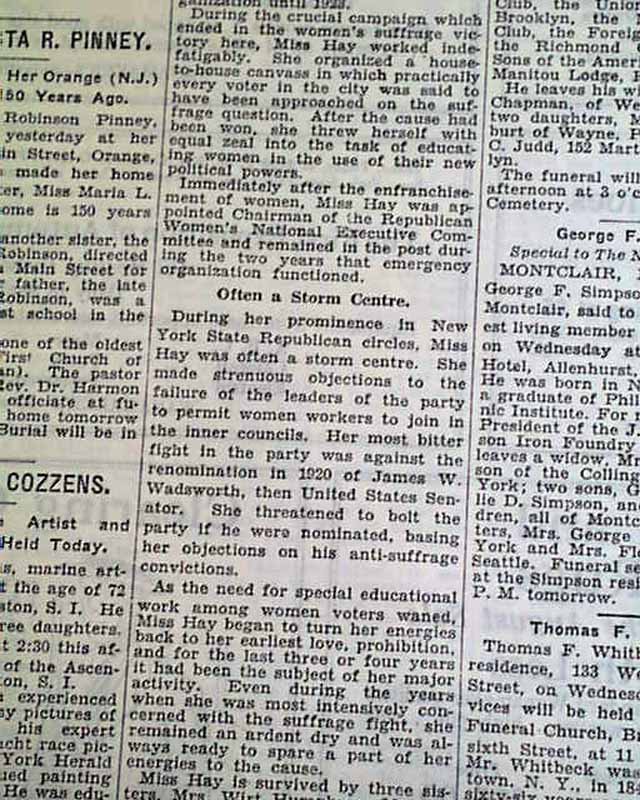 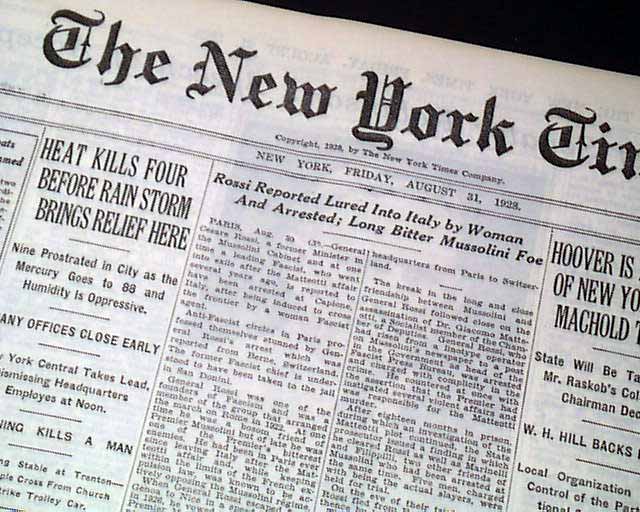 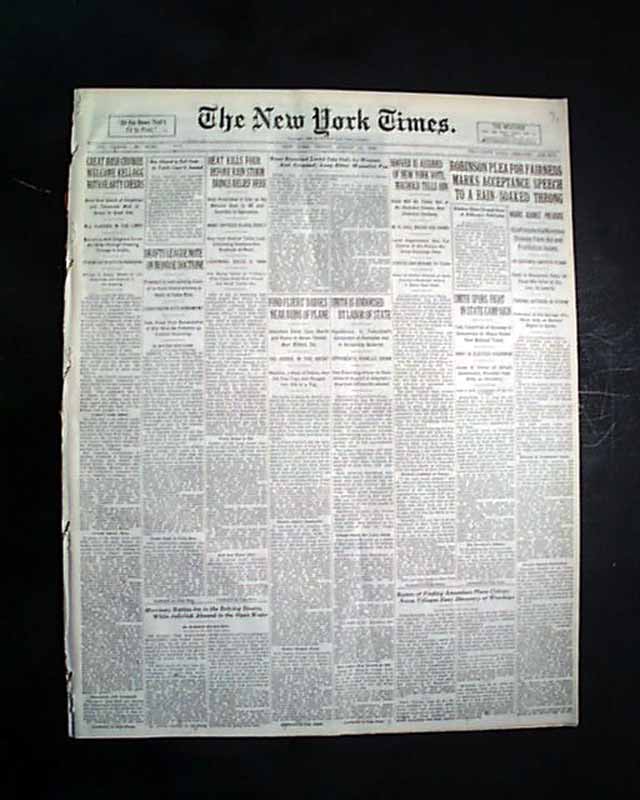