Home > Back to Search Results > Benedict Arnold seen as an obstacle to peace with America...
Click image to enlarge 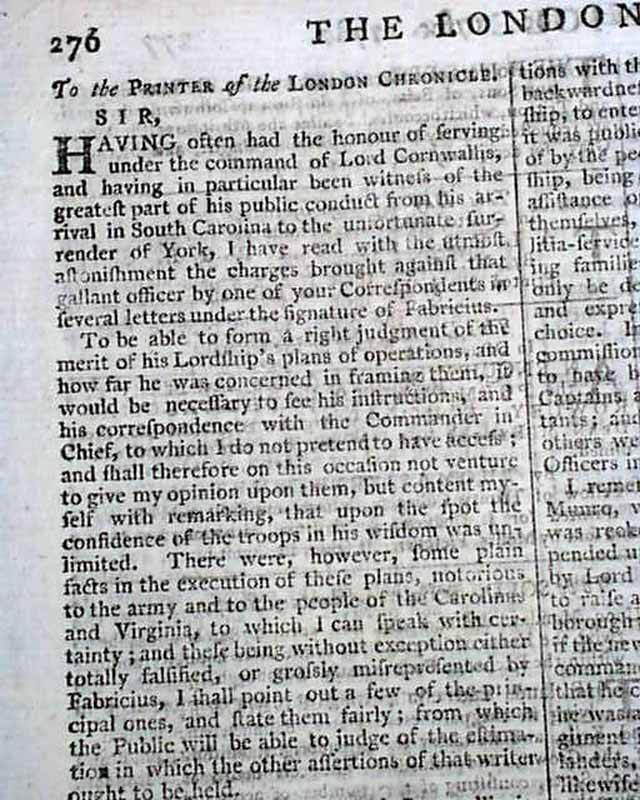 Benedict Arnold seen as an obstacle to peace with America...

The back page has a report from London which notes in part: "General Arnold was in the gallery of the House of Commons...a noble Lord...to move the House to clear the gallery for the purpose of removing the officer, whose presence at Court when the Commons addressed the King, he had before complained of as particularly obnoxious to him and every friend to peace with America..." and a bit more.
All of pg. 4 is a terrific letter from an officer who served under the command of Lord Cornwallis, with some criticisms as to his efforts in America. One bit notes: "His first charge against Lord Cornwallis is neglecting the loyalists & omitting to take proper measures for securing the internal government of south Carolina..." and so much more fine reading. Another page has most of a column taken up with a letter concerning the  American situation.
Eight pages, 8 1/2 by 11 1/2 inches, very nice condition.