Home > Back to Search Results > Byron's around-the-world voyage in the Dolphin...
Click image to enlarge 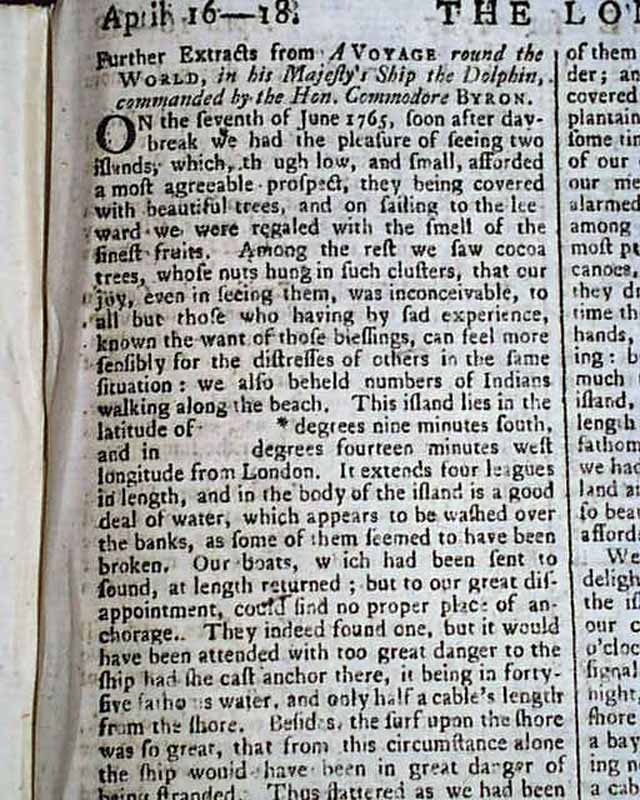 Byron's around-the-world voyage in the Dolphin...

Inside has half of a page taken up with: "Further Extracts from A Voyage round the World in his Majesty's Ship the Dolphin, Commanded by the Hon. Commodore Byron". See the hyperlink for further details on this historic voyage.
Eight pages, 8 1/4 by 11 inches, very nice condition.