Home > Back to Search Results > Concentration camp for children & ...
Click image to enlarge 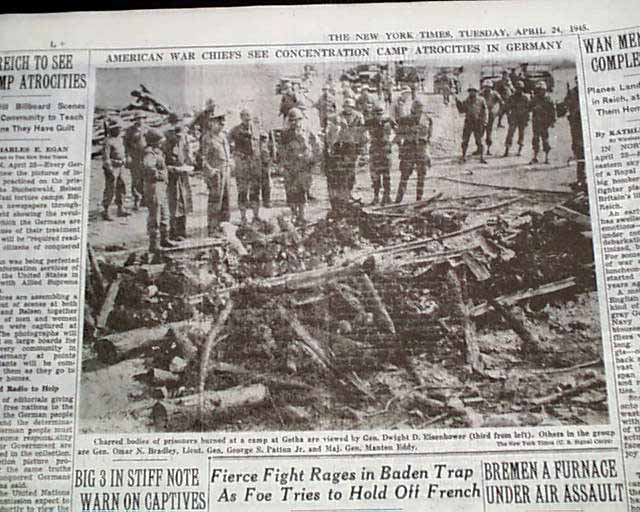 Page 4 has a one column heading: "Freed Camp Yields 862 Child 'Slaves'". First report coverage of a concentration camp for children that was found by Russian troops in Poland.
The top of page 6 has a one column heading: "ALL REICH TO SEE CAMP ATROCITIES" with subheads and photo. (see)
What better evidence to confirm of what really happened then having a 1st hand account from the day it was first reported. I suspect this is one of the few publications to report this particular event as other titles in our inventory do not.
Other news, sports, and advertisements of the day with much on World War II. Complete in 36 pages, this is the rare rag edition that was produced on very high quality newsprint, with a high percentage of cotton & linen content, allowing the issues to remain very white & sturdy into the present. Given the subscription cost, libraries & institutions rather than individuals were the primary subscribers of these high-quality editions. Very nice condition.