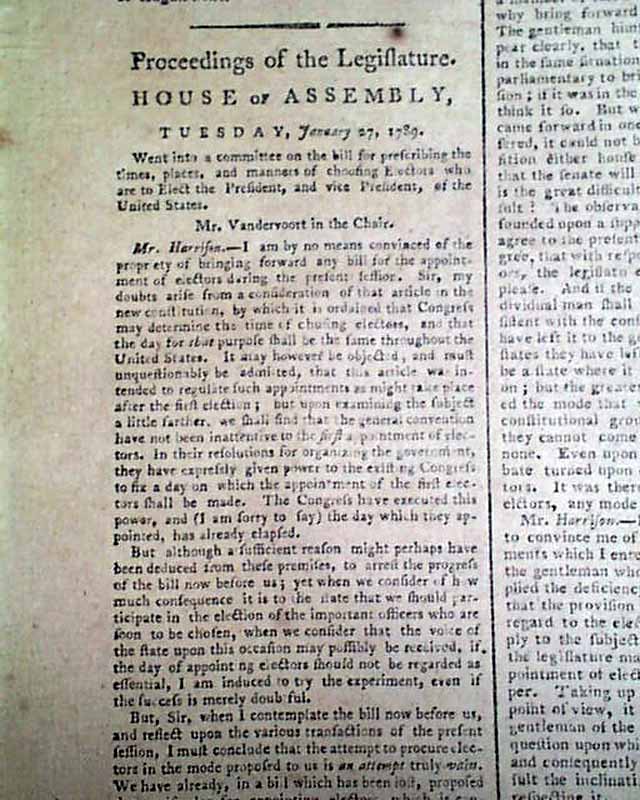 
THE DAILY ADVERTISER, New York, Feb. 13, 1789  A nice newspaper from what was the nation's capital at the time, in fact Washington would be inaugurated in this city in just over 2 months. Pages 1, 3 & 4 are filled with ads, with news reports on page 2 including discussions from the New York legislature: "...on the bill for prescribing the times, places, and manners of choosing Electors who are to Elect the President and vice President of the United States." taking half of the page.
Four pages, very nice condition.