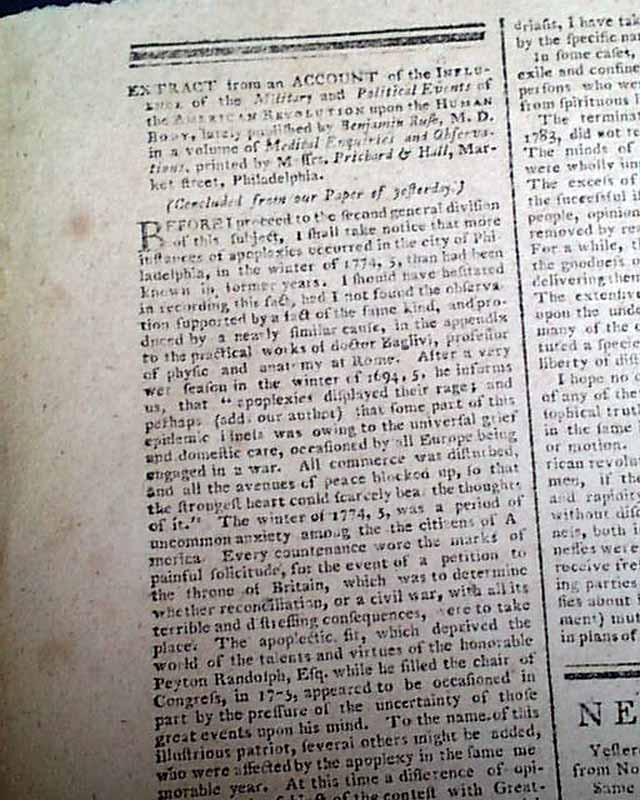 
THE DAILY ADVERTISER, New York, Feb. 4, 1789  A nice newspaper from what was the nation's capital at the time, in fact Washington would be inaugurated in this city in less than 3 months. Pages 1, 3 & 4 are filled with ads, with news reports on page 2 including the conclusion of a fascinating article: "Extract from an Account of the Influence of the Military and Political events of the American Revolution Upon the Human Body, lately published by Benjamin Rush...". Also discussion in the New York legislature on the manner for electing federal legislators.
Four pages, very nice condition.