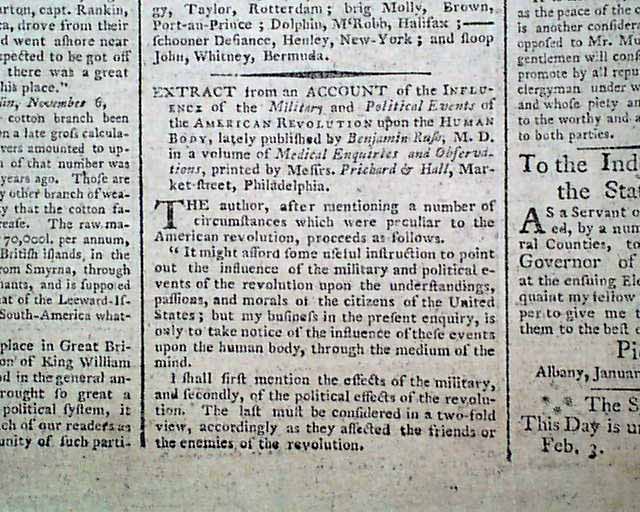 
THE DAILY ADVERTISER, New York, Feb. 2, 1789  A nice newspaper from what was the nation's capital at the time, in fact Washington would be inaugurated in this city in less than 3 months. Pages 1, 3 & 4 are filled with ads, with news reports on page 2 including a fascinating article: "Extract from an Account of the Influence of the Military and Political events of the American Revolution Upon the Human Body, lately published by Benjamin Rush...", continued in a future issue.
Four pages, very nice condition.