Home > Back to Search Results > Mike Tyson gets 10 years for rape...
Click image to enlarge 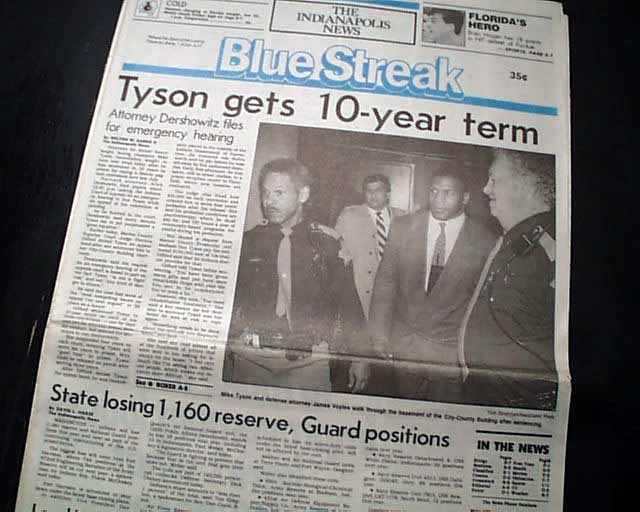 * Heavyweight boxer Mike Tyson
* 10 year Sentencing for rape
* Best title to be had ?

The front page has a banner headline: "Tyson gets 10-year term" with subhead and photo. (see) More on page 2. First report coverage on Heavyweight boxing champion Mike Tyson being sentenced for the rape of Desiree Washington. Nice to have from the city where the trial and verdict took place.
Complete in 40 pages, nice condition. 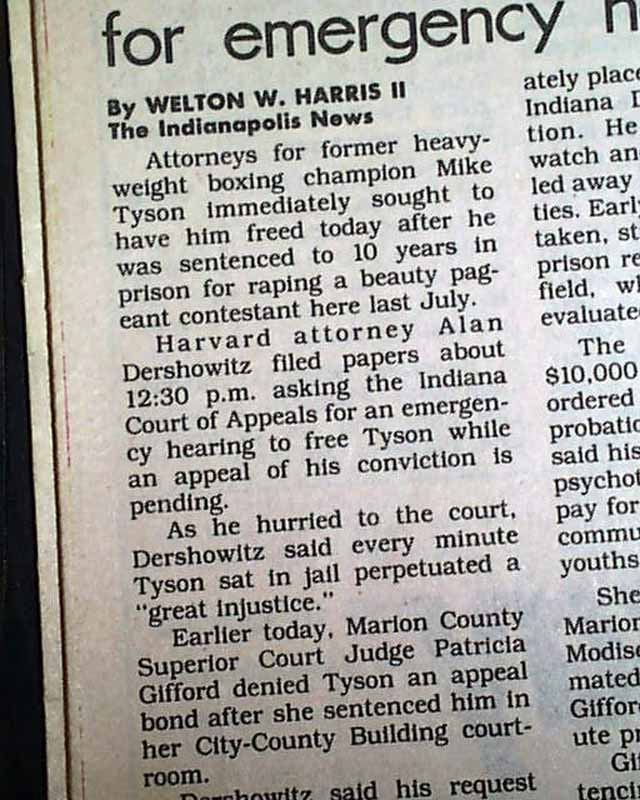 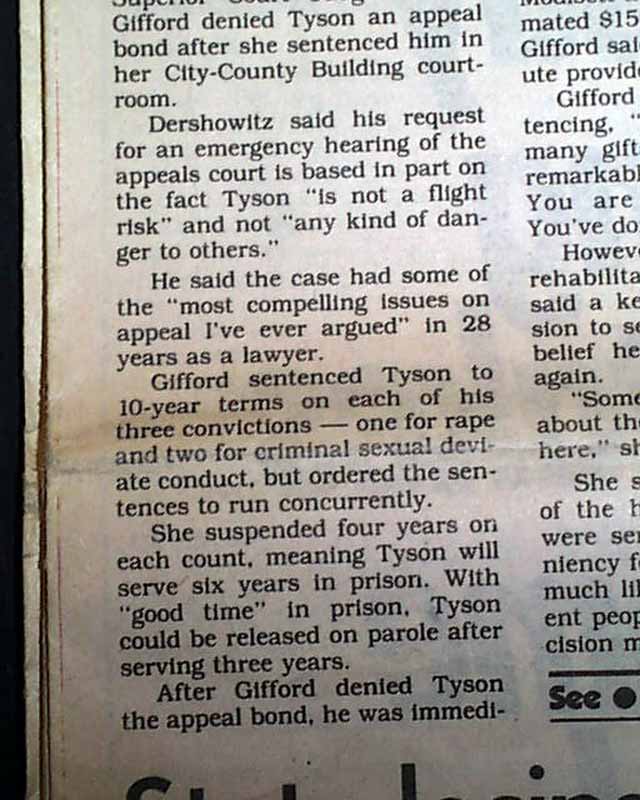 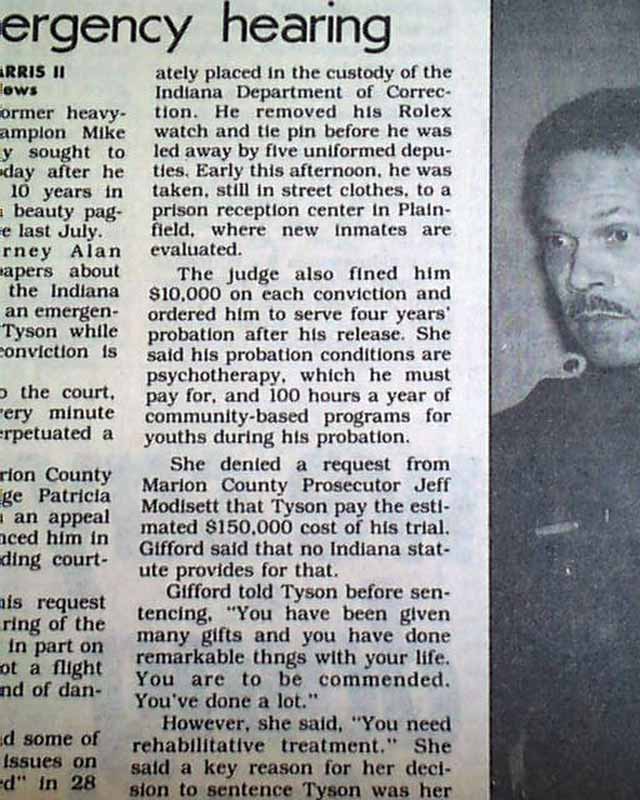 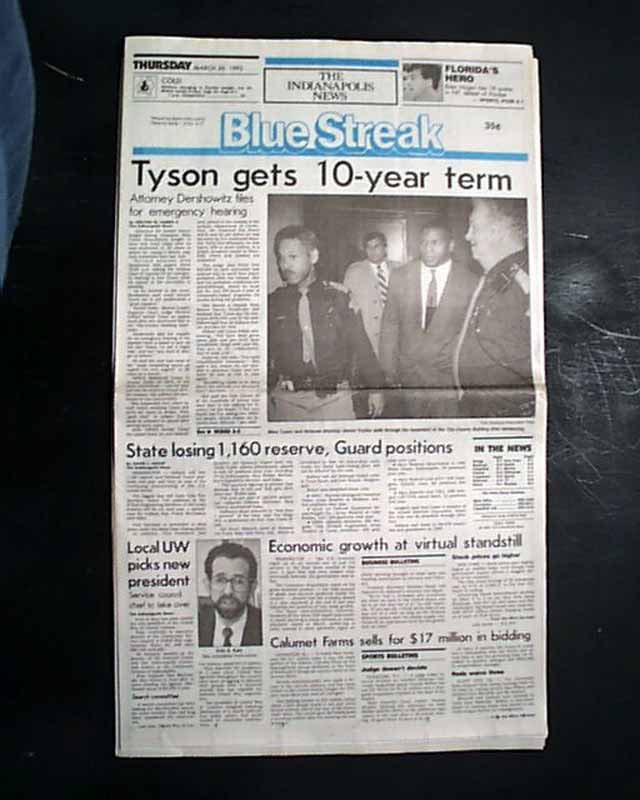 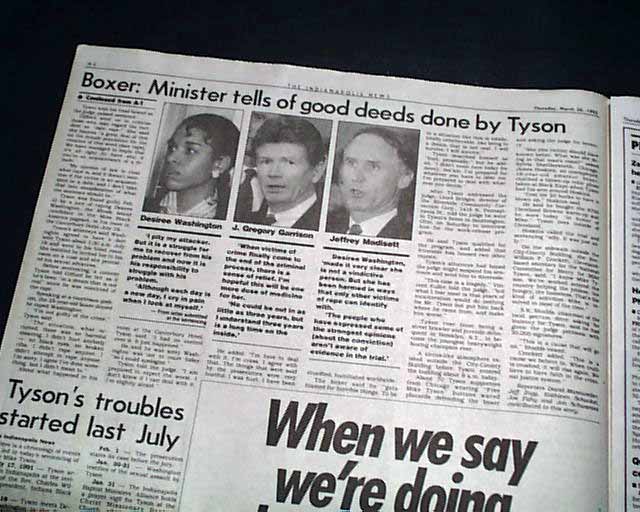 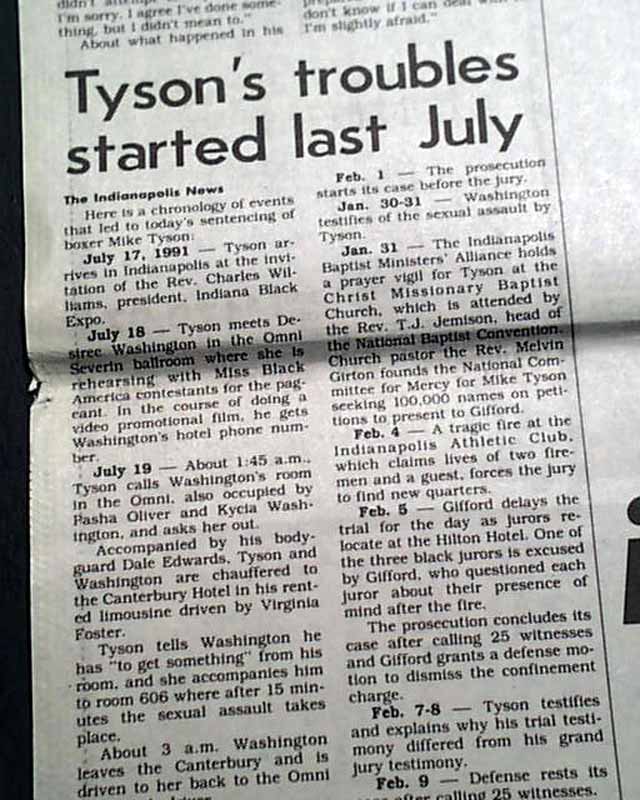