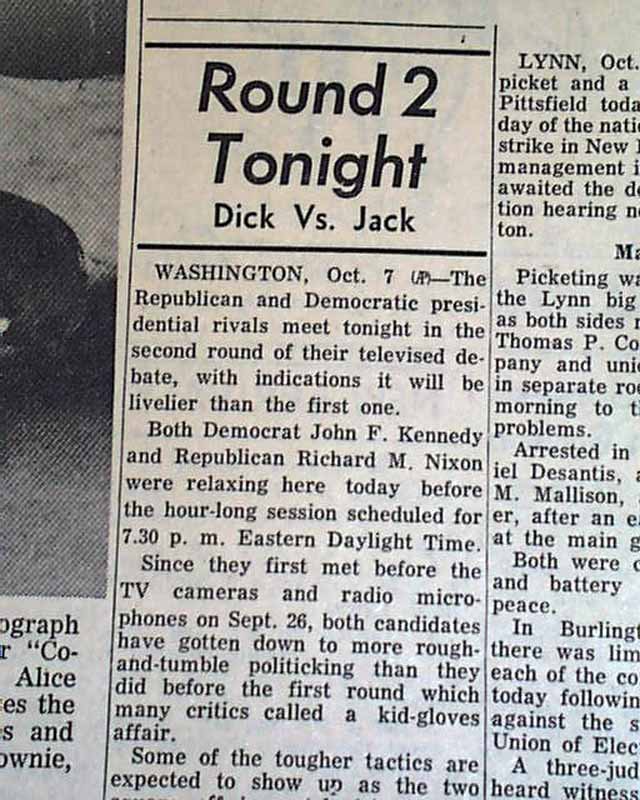 
Fitchburg Sentinel, Fitchburg, Massachusetts, October 7, 1960  This 16 page newspaper has a one column headline on the front page: "Round 2 Tonight, Dick vs. Jack". This tells of the upcoming 2nd of the four JFK & Nixon presidential debates which were the first debates to be held on National television.