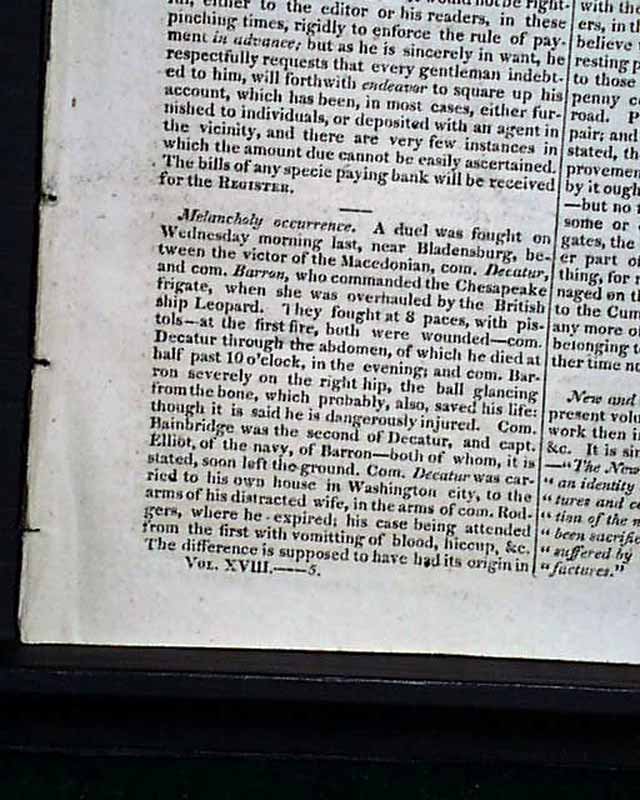 
NILES' WEEKLY REGISTER, Baltimore, March 25, 1820  The ftpg. has an article with small head: "Melancholy Occurrence" which begins: "A duel was fought on Wednesday...between the victor of the Macedonian, Com. Decatur, and com. Barron who commanded the Chesapeake frigate...They fought at 8 paces with pistols---at the first fire both were wounded--com. Decatur through the abdomen of which he died..." with more.
Further in the issue is another report with a small head: "Com. Decatur" with has a bit more detail concerning the funeral, etc.
Among other reports in this issue are: "Relations with Spain" which includes a report signed in type: John Quincy Adams; "Supreme Court of the U. States" "National Currency--Report of the Secretary of the Treasury" and various reports from Congress including items signed in type by James Monroe and John Quincy Adams.
Sixteen pages, measures about 6 1/4 by 9 1/2 inches, generally nice.