Home > Back to Search Results > A "newsbook" from 1665, pre-dating the London Gazette...
Click image to enlarge 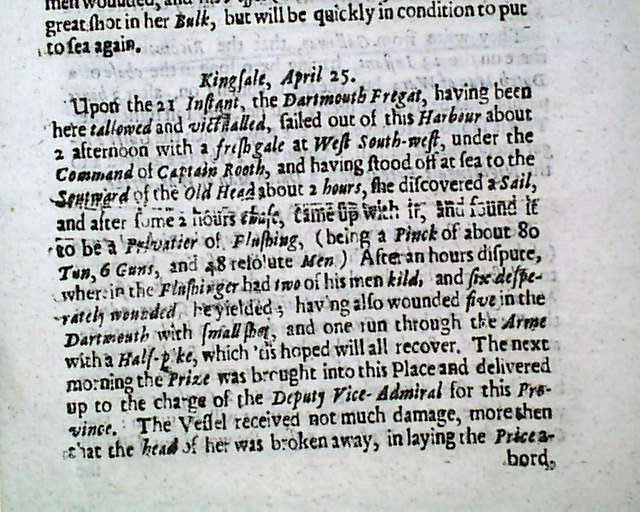 Here is an uncommon title in newsbook format (the forerunner of newspapers), which has news from various cities in England and Europe. This title pre-dates the London Gazette, the world's oldest continually published English language newspaper (by exactly one month).
There is a report of a naval battle between the frigate Dartmouth and a privateer from the Netherlands, with some details (see). Other news reports from Europe.
Complete in 8 pages, 5 1/2 by 8 inches, great condition. 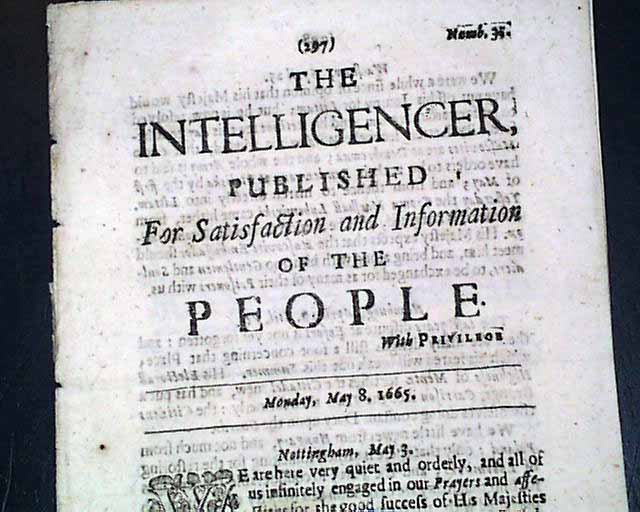 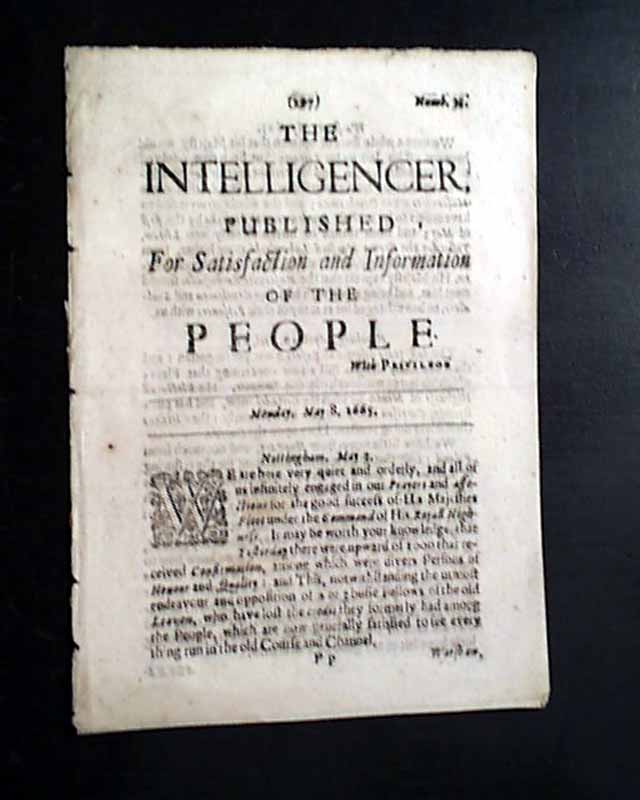