Home > Back to Search Results > Loyalty to King James II in the invasion of William of Orange...
Click image to enlarge 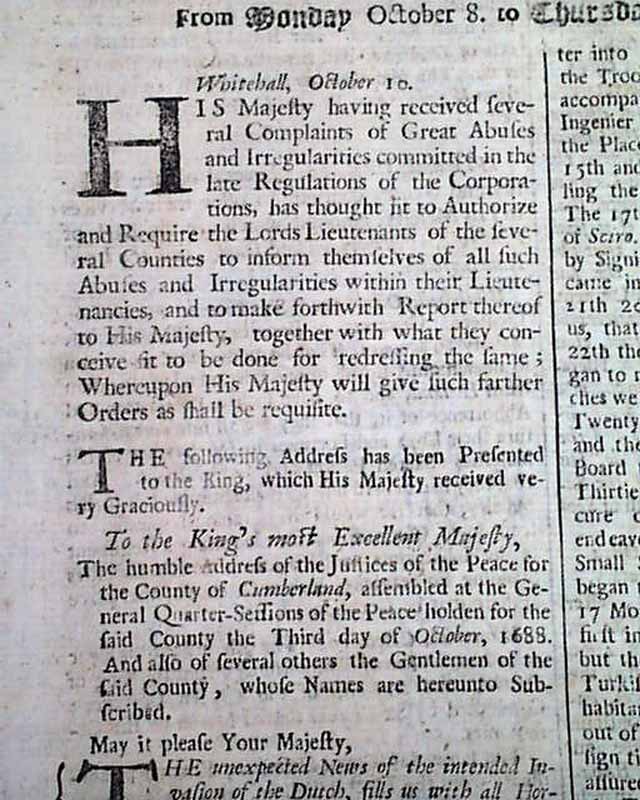 Loyalty to King James II in the invasion of William of Orange...

This was from the time of the "Glorious Revolution" in England, when the Catholic throne of James II was being threatened by the Dutch Protestant William of Orange, who ultimately, along with his British wife, Mary Stuart, would soon become joint British sovereigns William and Mary.
The front page contains a notable letter reading in part: "The unexpected news of the intended invasion of the Dutch fills us with all horror and amazement, that any nation should be so transcendently wicked, as groundlessly, to interrupt the peace and happiness we have enjoyed under your Majesties  most gracious government...." and further that the loyal subjects would: "...offer our lives and fortunes to your Majesties service..." with more (see). But ultimately James II lost the support of his friends & of Parliament and he escaped to France, allowing William & Mary to take the throne.
Complete as a single sheet newspaper in very nice, clean condition. 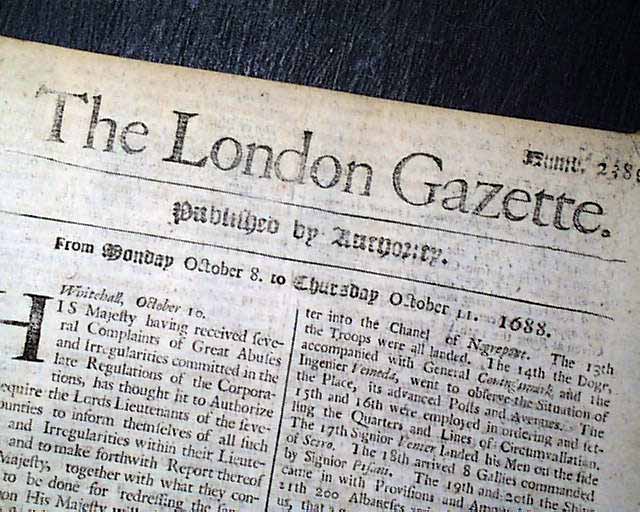 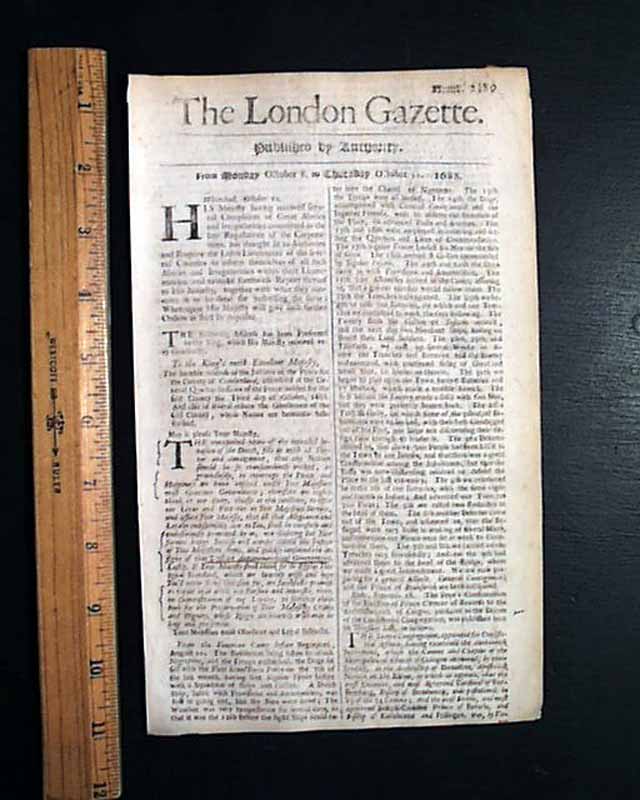 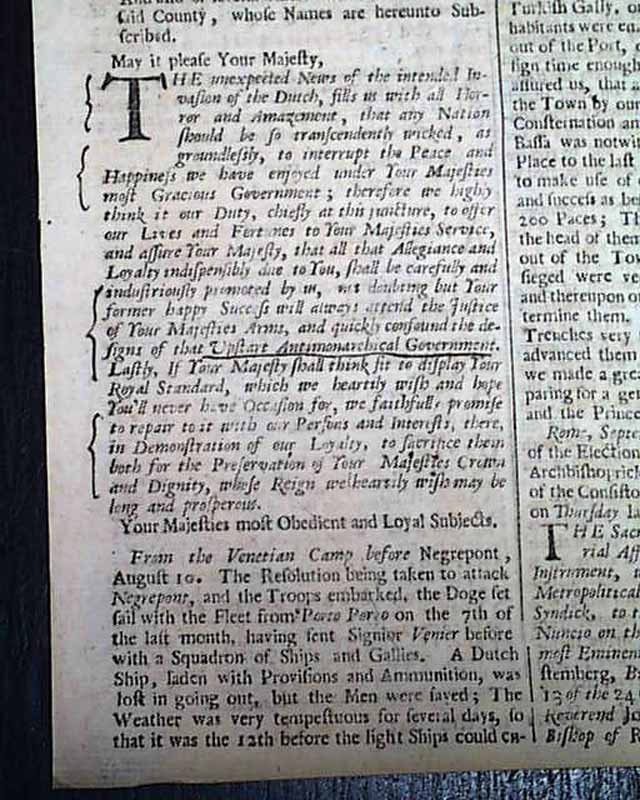 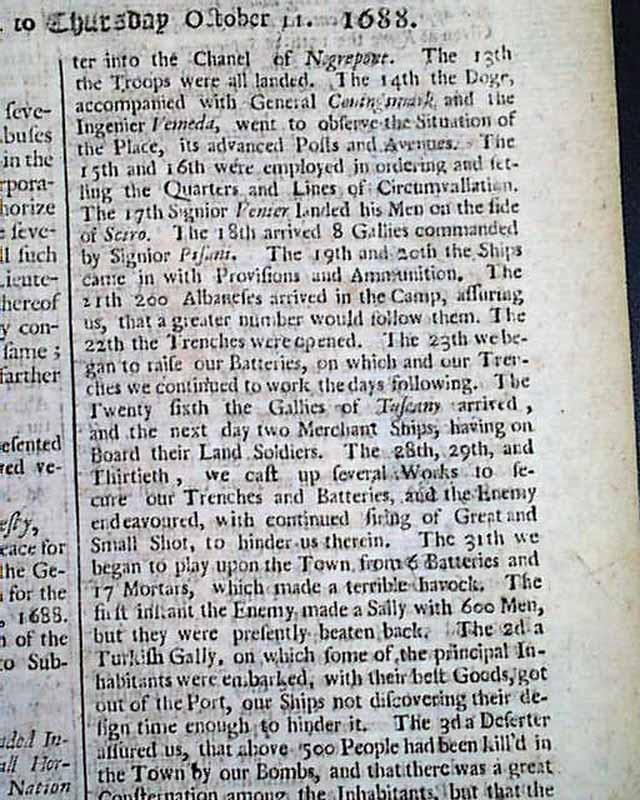 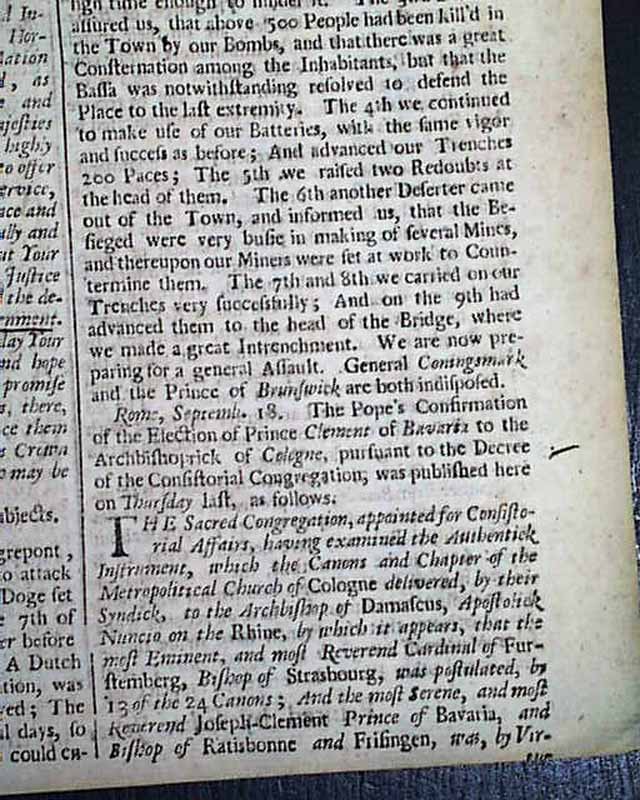 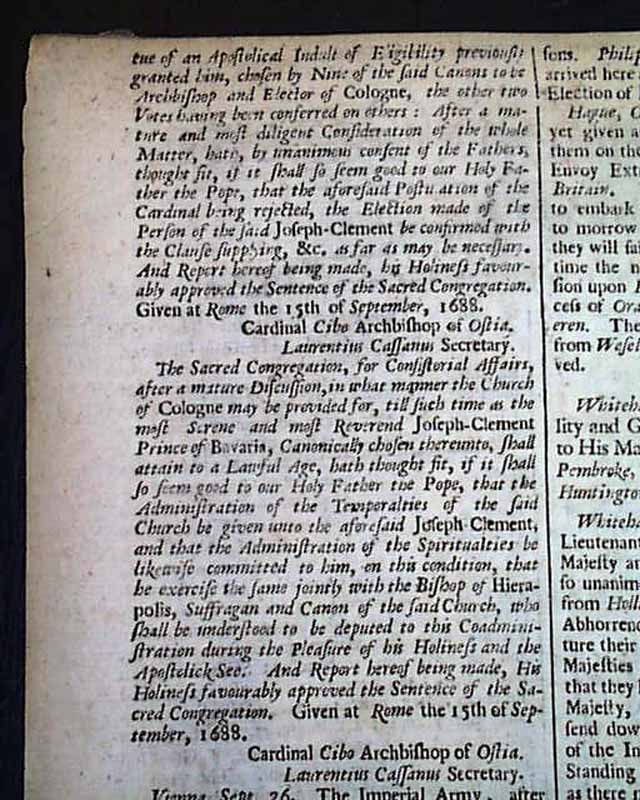 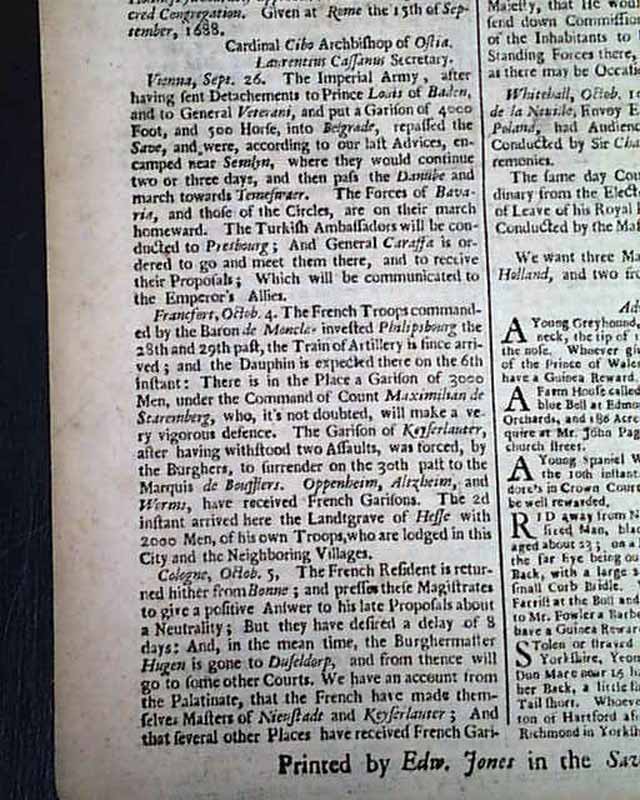 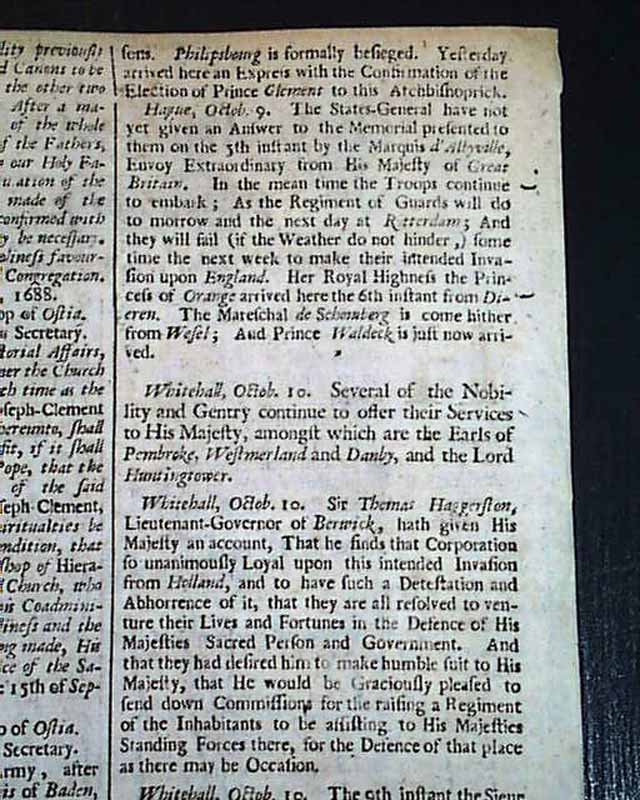 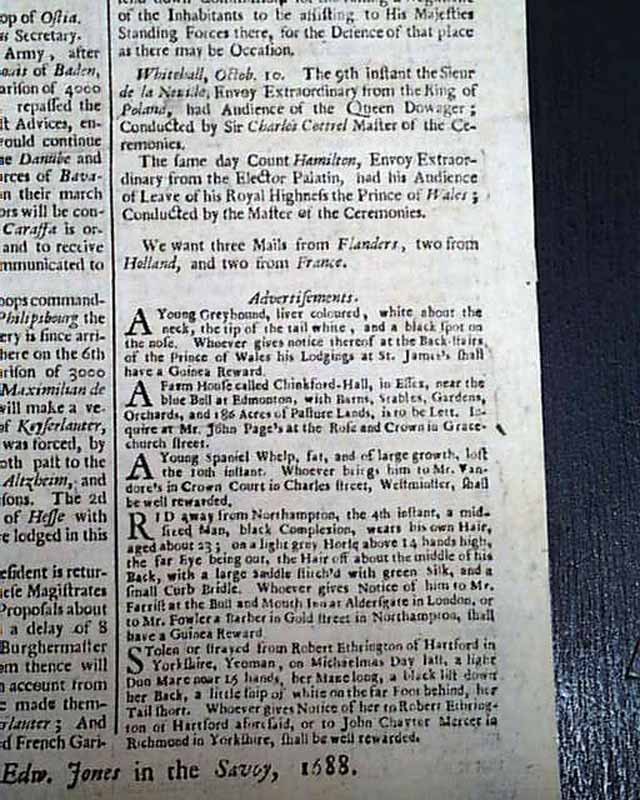