Home > Back to Search Results > Is the Shays' Rebellion coming to an end?
Click image to enlarge 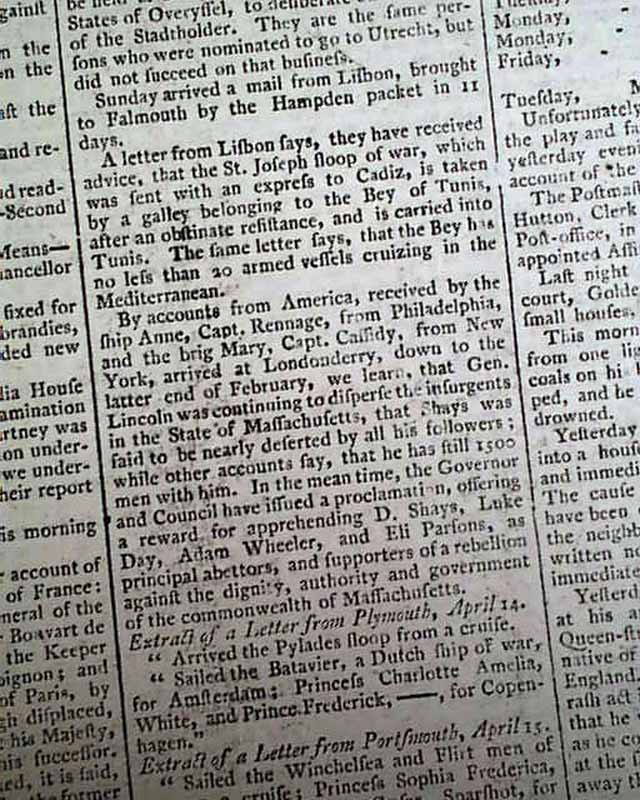 Is the Shays' Rebellion coming to an end?

The back page has a report on the Shays' Rebellion noting: "...that Gen. Lincoln was continuing to disperse the insurgents in the state of Massachusetts, that Shays was said to be nearly deserted by all his followers;...that he has still 1500 men with him...issued a proclamation offering a reward for apprehending D. Shays, Luke Day, Adam Wheeler, and Eli Parson as principal abettors & supporters of a rebellion against the dignity, authority & government of the commonwealth of Massachusetts."
Eight pages, never bound nor trimmed, 9 by 12 inches, very nice condition.