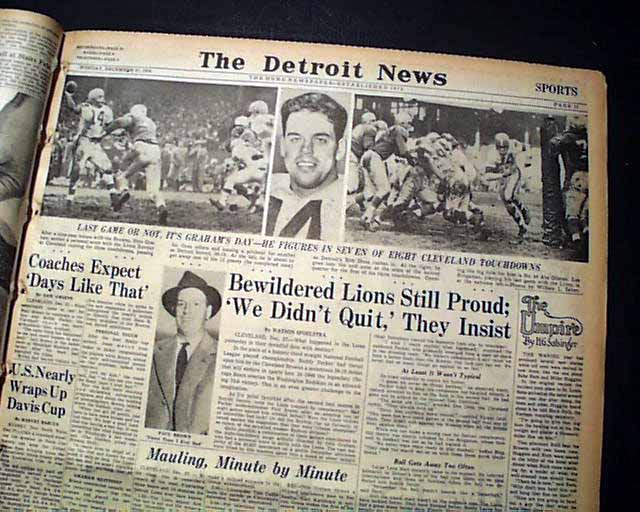 The front page has a two column photo with heading: "The King Is Dethroned" The sport's section (pages 17) has various headings and photos with 1st report coverage on the NFL football championship game between the Cleveland Browns and the Detroit Lions.
Other news, sports and advertisements of the day. Complete in 30 pages, small binding holes along the spine, a little margin wear, generally good.