Home > Back to Search Results > Andrew Jackson's state-of-the-union address to the people...
Click image to enlarge 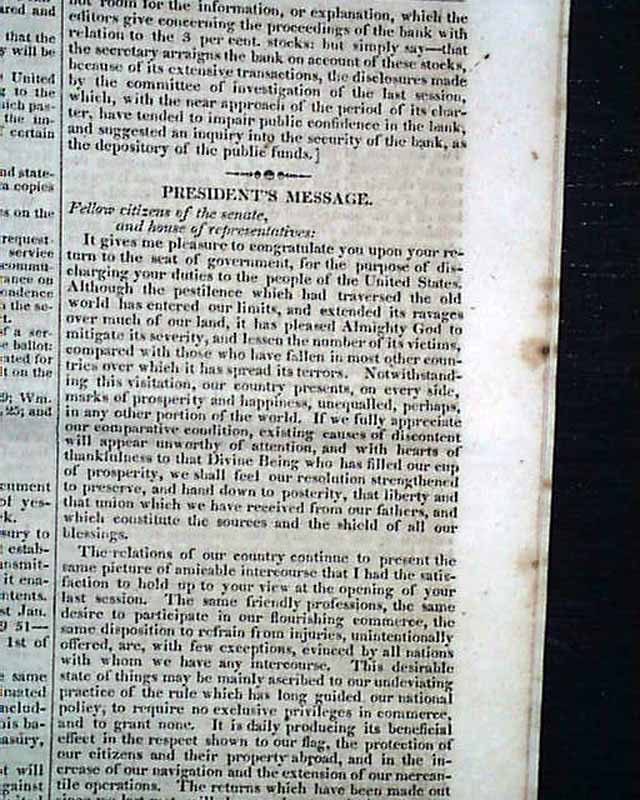 
NILES' WEEKLY REGISTER, Baltimore, Maryland, December 8, 1832  Nearly 5 1/2 pages are taken up with the: "President's Message", being the annual state-of-the-union address of the President to Congress, and the people. This was an annual tradition begun by George Washington which continues to this day. The address recounts the major events of the year and gives some discussion to the future (see photos for the beginning & end). The address is signed by him in type: Andrew Jackson.

Among other reports in this issue are:

This issue is complete in 16 pages, measures about 6 1/4 by 9 1/2 inches, lite dampstaining to the lower left section of the issue, otherwise is in nice condition.