Home > Back to Search Results > The Articles of Confederation... The War of 1812...
Click image to enlarge 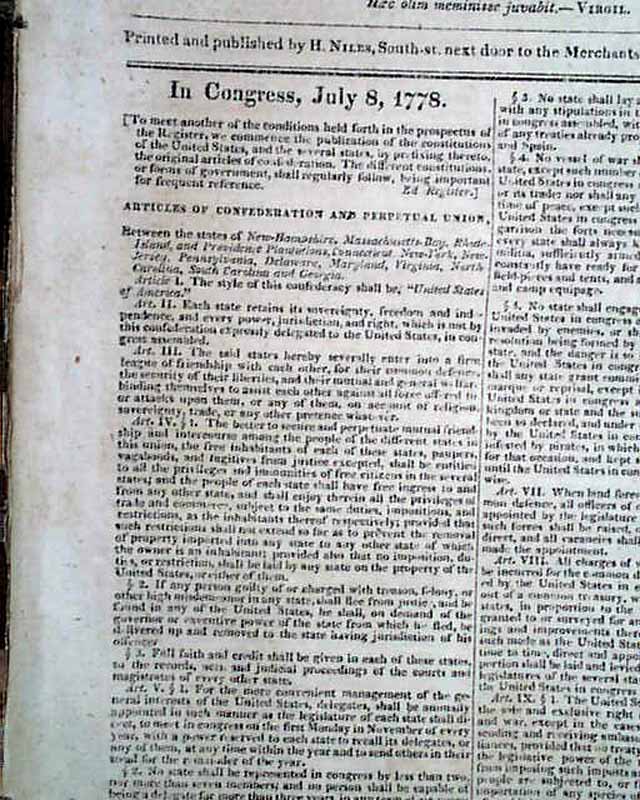 
THE WEEKLY REGISTER, Baltimore, October 3, 1812 The entire front page is taken up with a printing of the "Articles of Confederation & Perpetual Union" which were approved by Congress in 1777 and ratified in 1781. The text carries over to take most of page 2 as well, where it concludes with the signature of the various members of Congress (see).
Other items include: "An Act to Prohibit American Vessels from Proceeding to or Trading with the Enemies of the United States..." signed by Henry Clay & President James Madison. Also another document signed by James Monroe, "Case of the Brig Tulip" which is very lengthy, plus over a page on: "Energy in War". Over a page is taken up with: "Events of the War"
Complete in 16 pages, 6 1/4 by 9 1/2 inches, good condition. 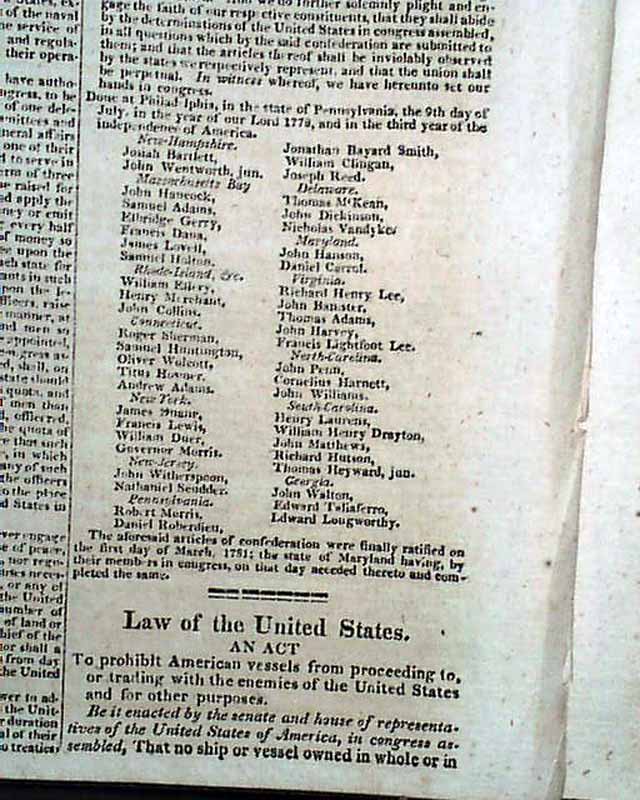 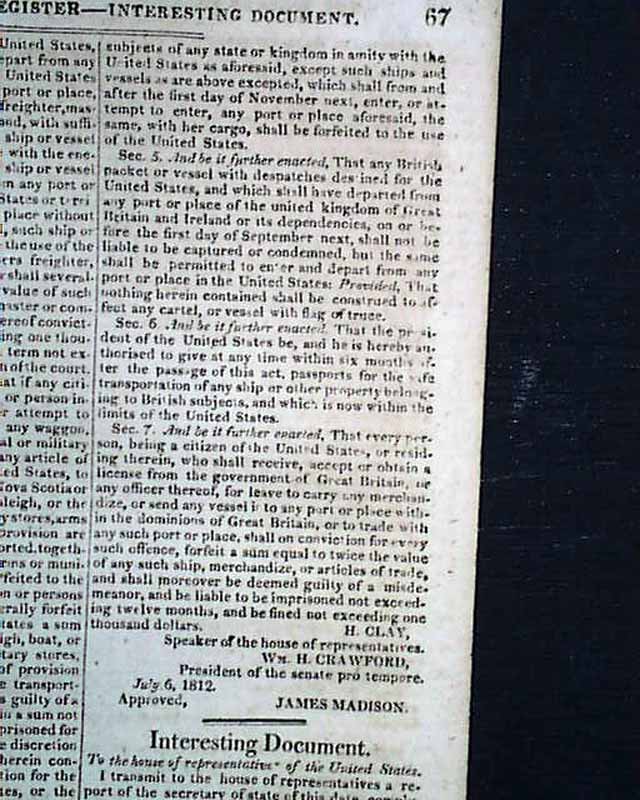 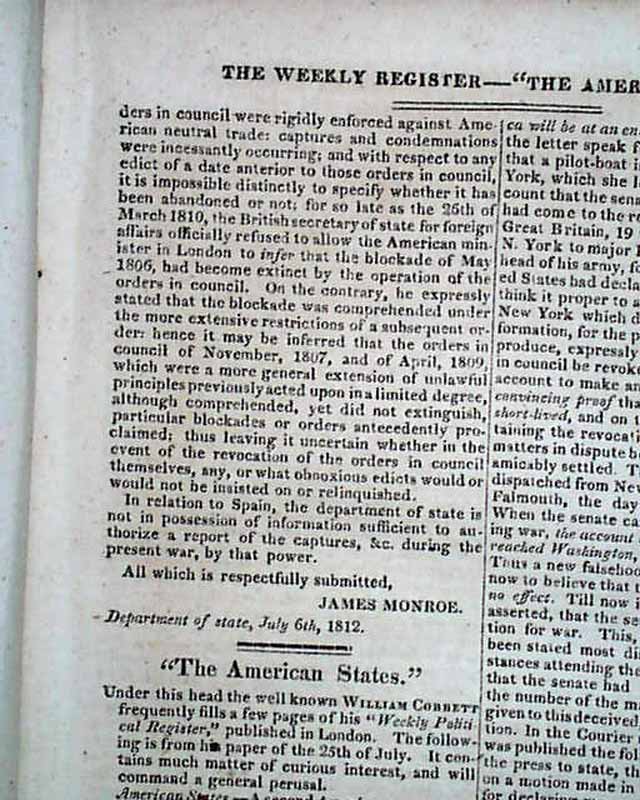 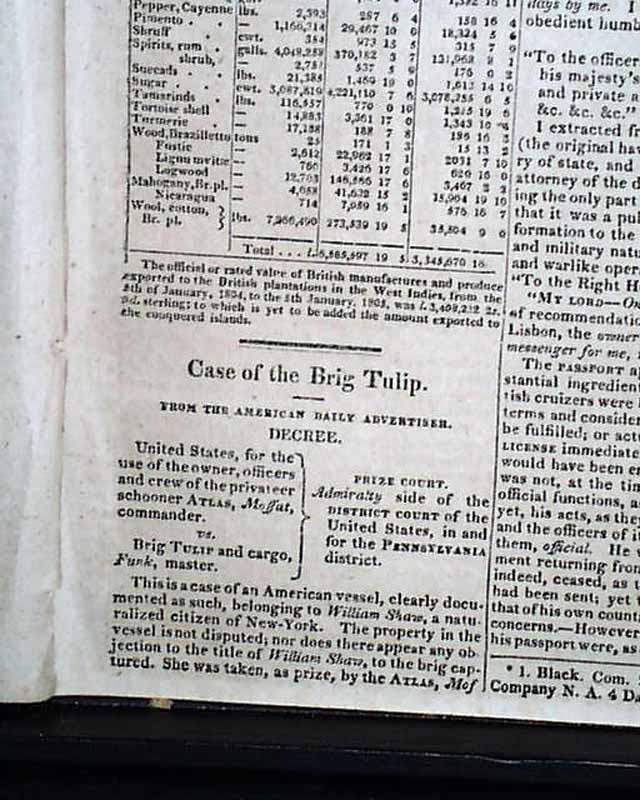 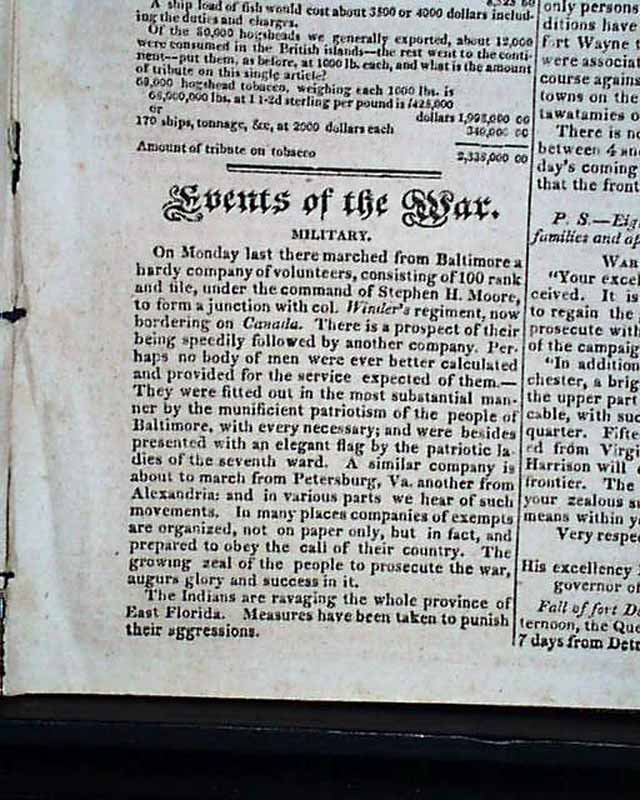 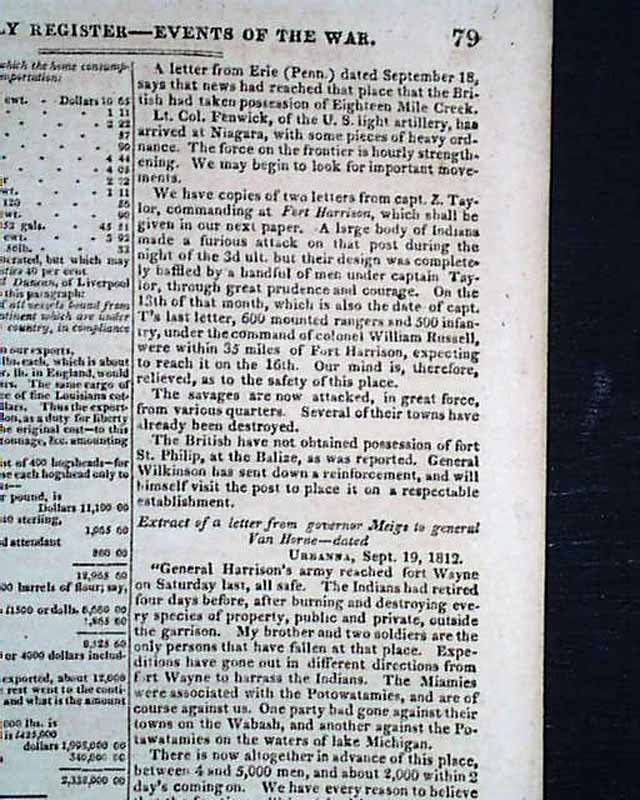 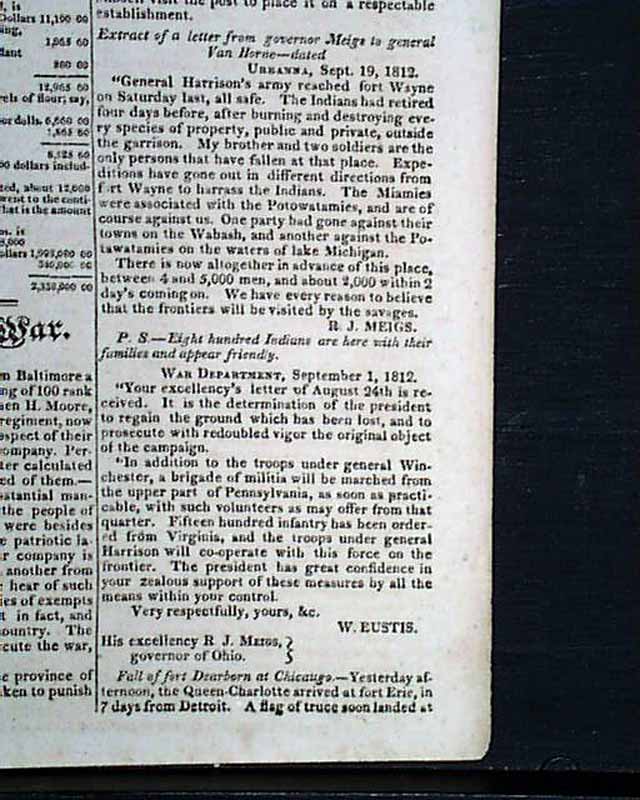 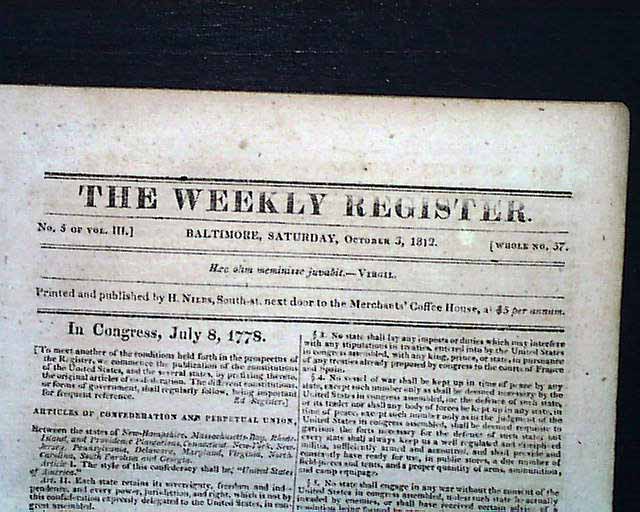 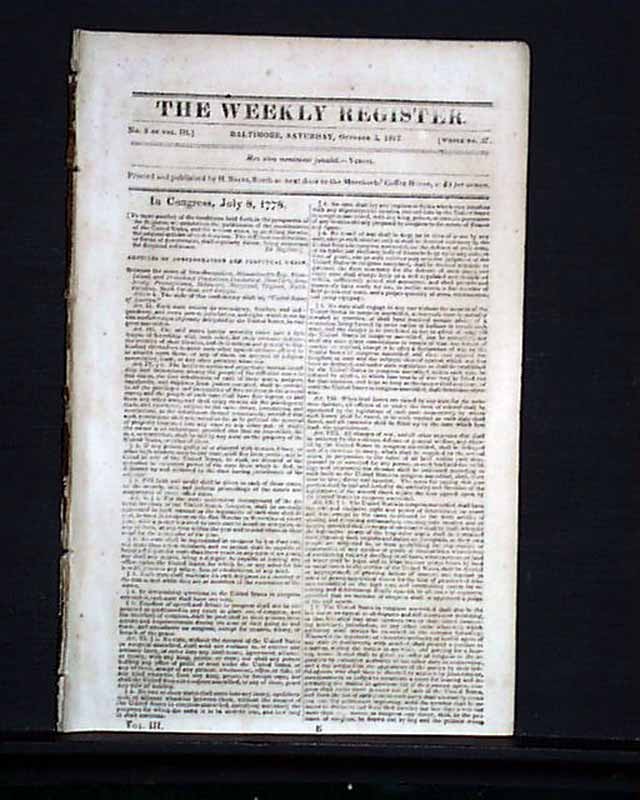