Home > Back to Search Results > Death of Mao Tse-Tung...
Click image to enlarge 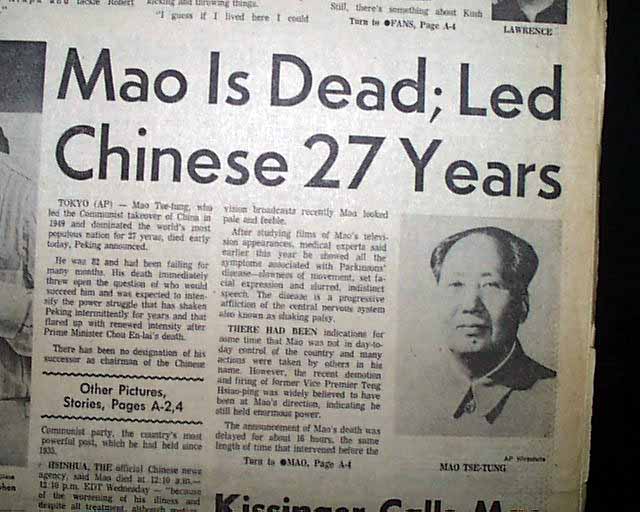 
THE PHOENIX GAZETTE, Arizona, September 9, 1976  This has a three-column, two-line headline "Mao Is Dead; Led Chinese 27 Years". "Mao Tse-Tung, who led the Communist takeover of China in 1949 and dominated the world's most populous nation for 27 years, died early today... He was 82 and had been failing for many months..." This includes a photo of him. Another article is entitled "Kissinger Calls Mao 'A Titan Of Our Time'".
Other news, sports and advertisements are within.
This is five of six sections with binding slits along the left spine, otherwise in very good condition.