Home > Back to Search Results > Indian and slave troubles...
Click image to enlarge 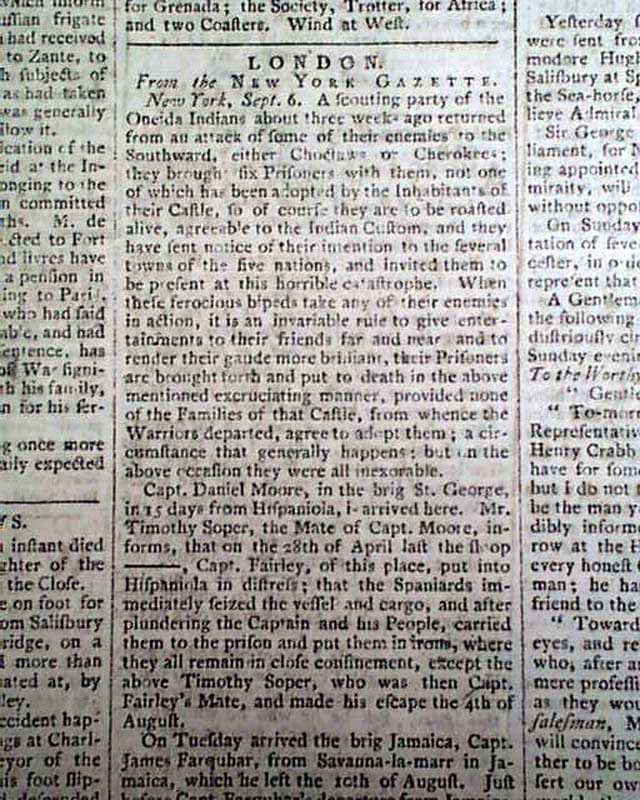 An inside page has most of a column taken up with news from the New  York Gazette, one beginning: "A scouting party of the Oneida Indians...returned from an attack \of some of their enemies to the Southward, either Choctaws or Cherokees..." with more.
Another report gives some details of an attempted slave insurrection, including: "...about twenty of the most desperate of the Negroes still in arms; that five who were taken were executed in the following manner..." (see) with additional details.
Eight pages, 8 1/4 by 11 inches, good condition. 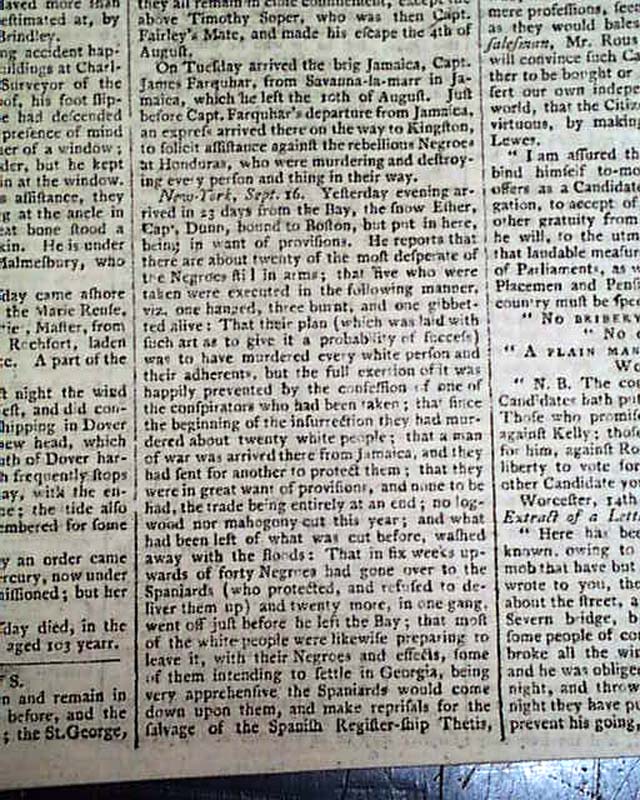 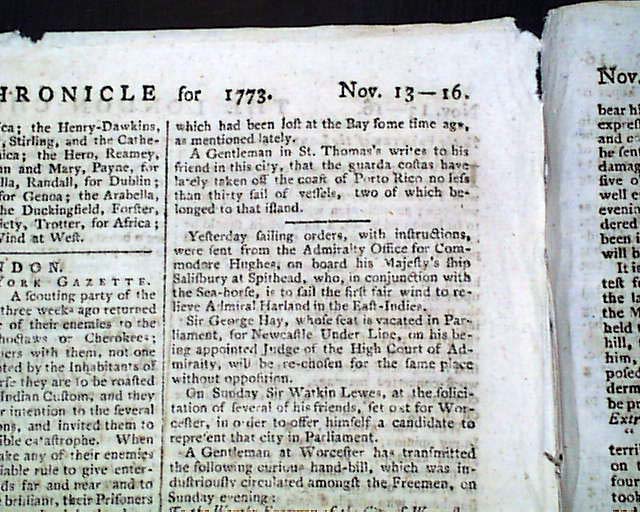 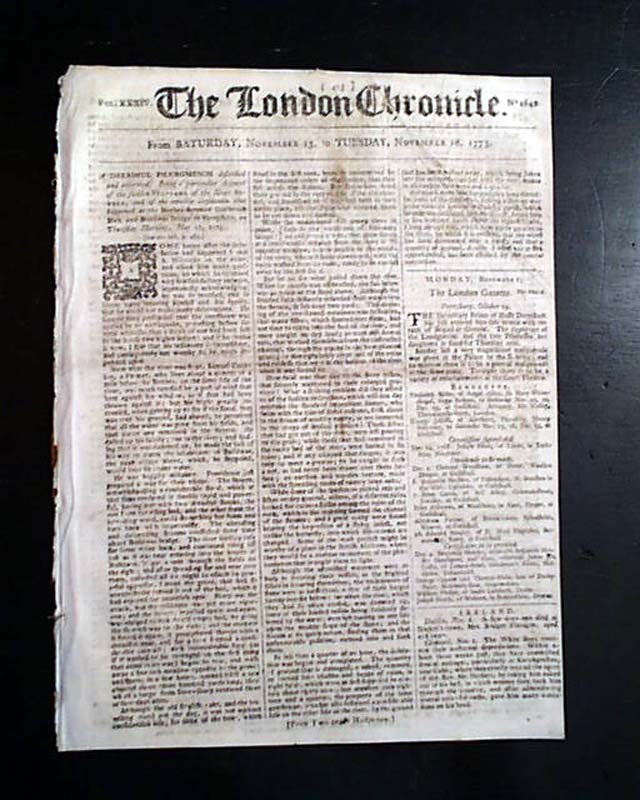