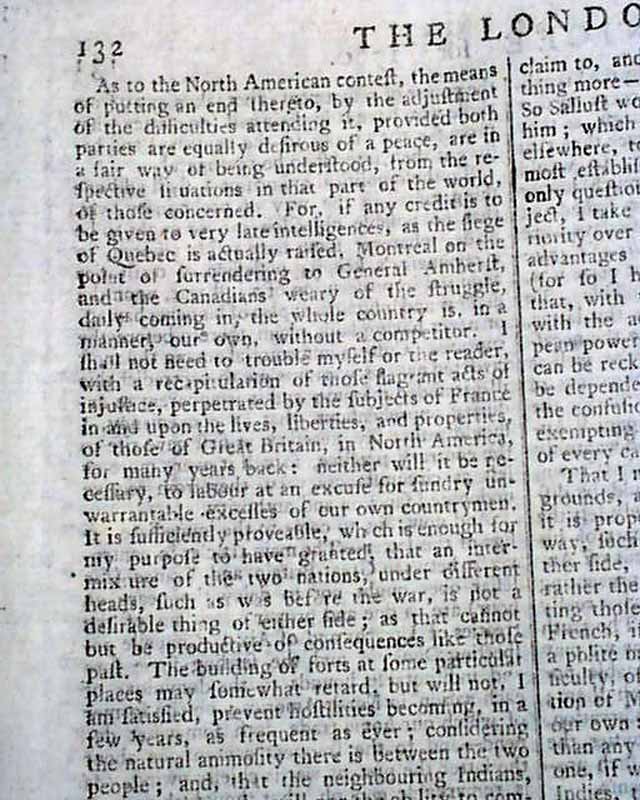 
THE LONDON CHRONICLE, England, Aug. 7, 1760  An inside page begins: "As to the North American Contest, the means of putting an end thereto by the adjustment of the difficulties attending it, provided both parties are equally desirous of a peace, are in a fair way of being understood...as the siege of Quebec is actually raised, Montreal on the point of surrendering to General Amherst..." with more on the French & Indian War.
Eight pages, 8 by 11 inches, very nice, clean condition.