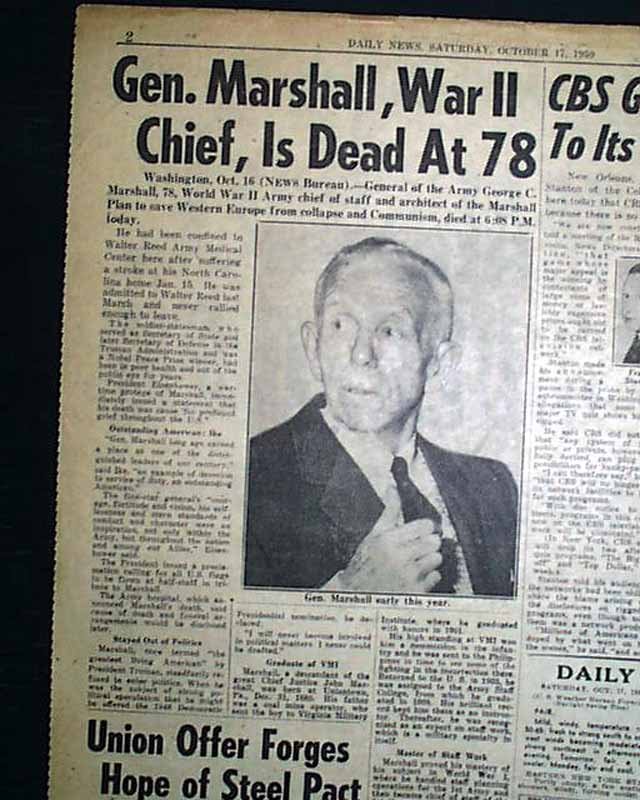 
DAILY NEWS, New York, October 17, 1959  The front page has the banner headline of "GEN. MARSHALL, WAR CHIEF, DIES" with coverage beginning on page two and continuing on page fourteen. "General of the Army George c. Marshall, 78, World War II Army chief of staff and architect of the Marshall Plan to save Western Europe from collapse and Communism, died at 6:-9 P.M. today..." There are several photos included.
Also in the issue is "Pat Blocks Beverly; Flynn Rite on Coast". This article pertains to where actor Errol Flynn was buried as "Errol Flynn's widow won a spat with his teen-age protege, Beverly Aadland, today over whether the swashbuckling actor should be buried in Hollywood or on his plantation in Jamaica...".
Other news and sports are within.
Complete in 32 pages, very good condition.