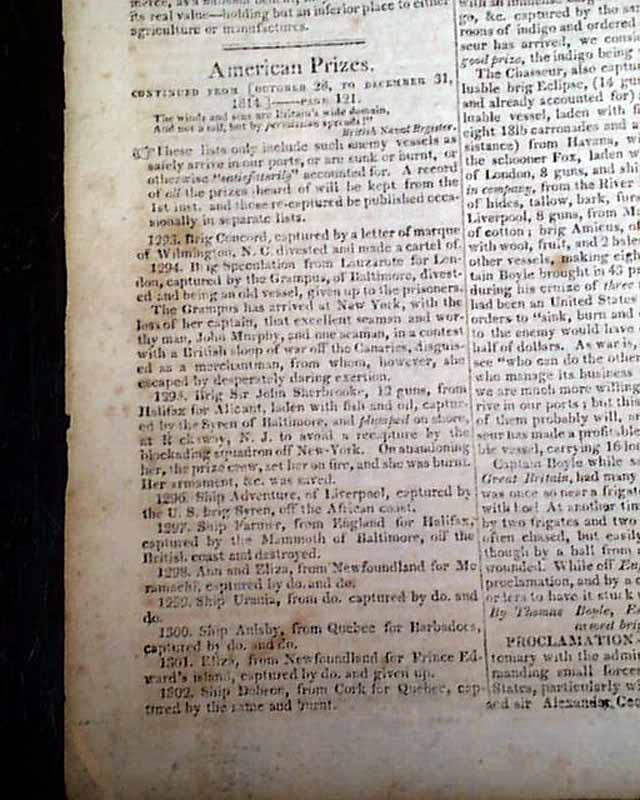 
NILES' WEEKLY REGISTER, Baltimore, Jan. 7, 1815  Included are nearly 4 pages of: "American Prices" continued from an early report, being a very lengthy list of ships, with an introductory sentence: "These lists only included such enemy vessels as safely arrive in our ports, or are sunk or burnt, or otherwise 'satisfactorily' accounted for..." (see for beginning). A full page has a chart on: "Militia Drafts--or Conscription" and over 6 pages are taken up with: "Washington's Plan of the General Arrangement of the Militia of the United States..." dated Jan. 18, 1790, containing considerable detail. The back 2 pages are taken up with: "Events of the War".
Complete in 16 pages, 6 by 9 3/4 inches, nice condition. 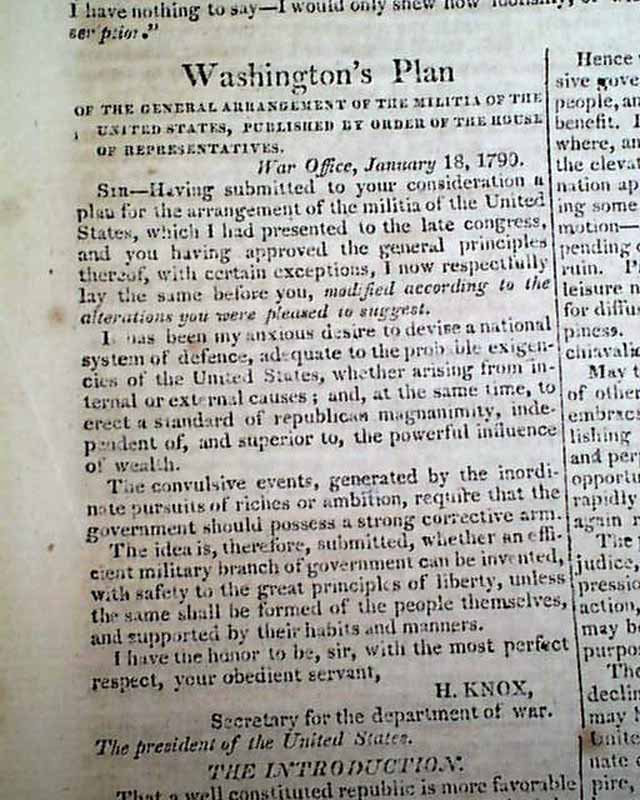 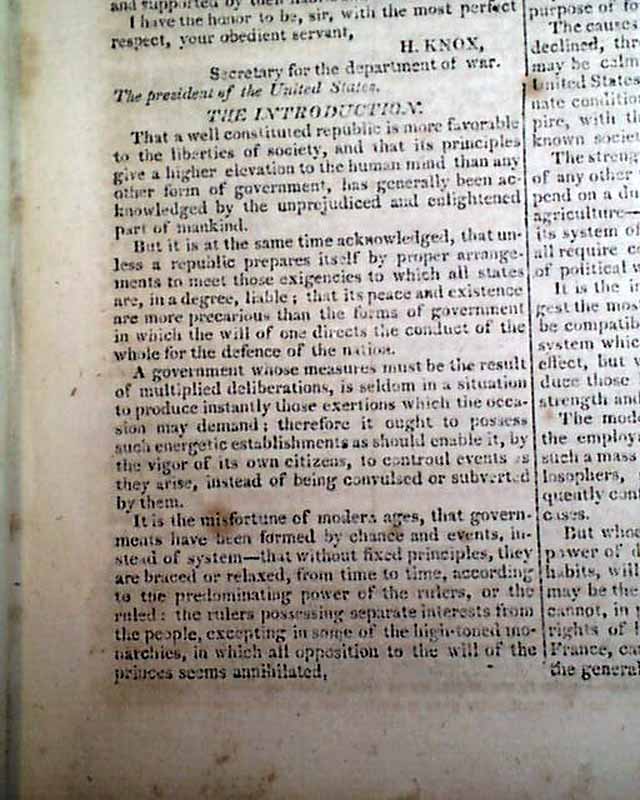 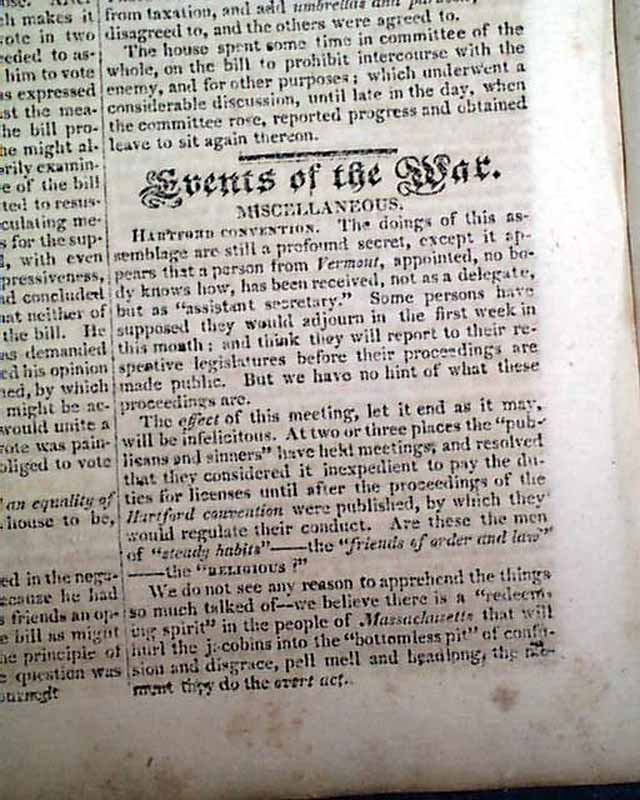 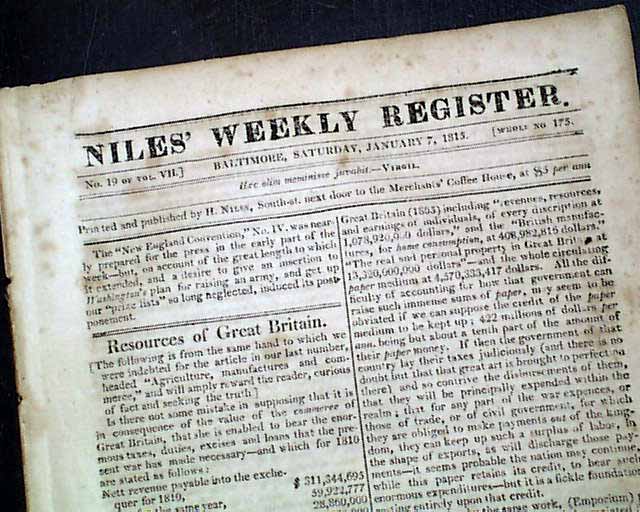 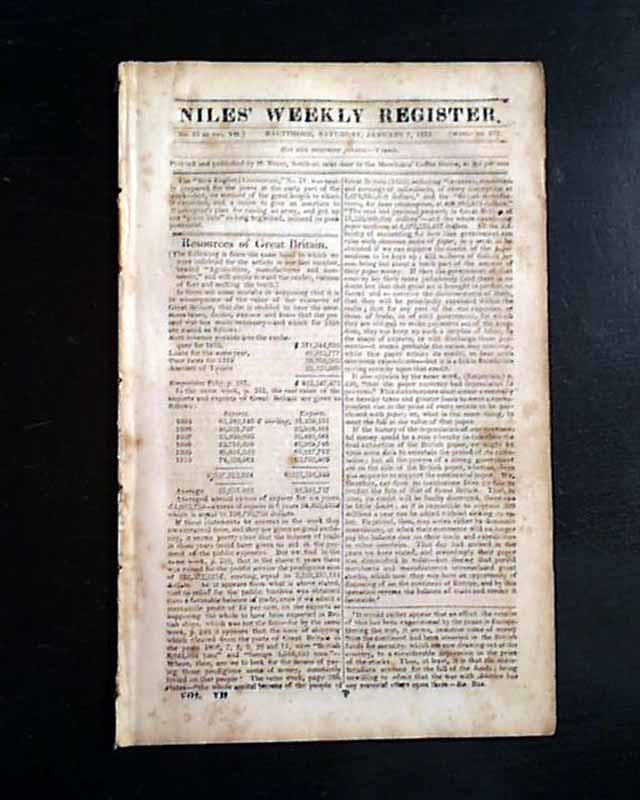