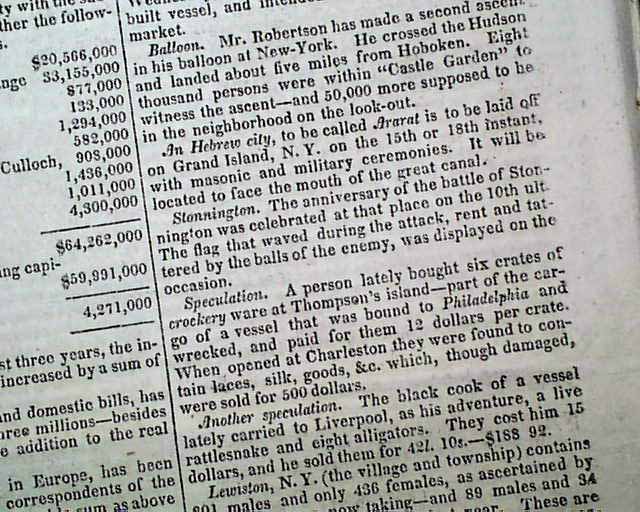 
NILE'S WEEKLY REGISTER, Baltimore, Sept. 10, 1825  One of the brief articles on the back page reads in its entirety: "An Hebrew city, to be called Ararat is to be laid off on Grand Island, N.Y., on the 15th or 18th instant, with masonic and military ceremonies. It will be located to face the mouth of the great canal." This was the project of newspaper publisher Mordecai Manuel Noah, who is credited with being the first Jew born in the United States to reach national prominence.
Among the other reports in this issue are: "Naval Court Martial" which is the case of Commodore Stewart (another article on this as well); "Capitol of the United States" which is very descriptive of it (see) & mentions: "...The splendor of this building when it shall be completed, cannot be described to the eye of the imagination..."; "Important Indian Treaties" and a front page article which begins: "Lafayette has departed. He left Washington on Wednesday last...".
Sixteen pages, 6 1/4 by 9 3/4 inches, very nice condition. 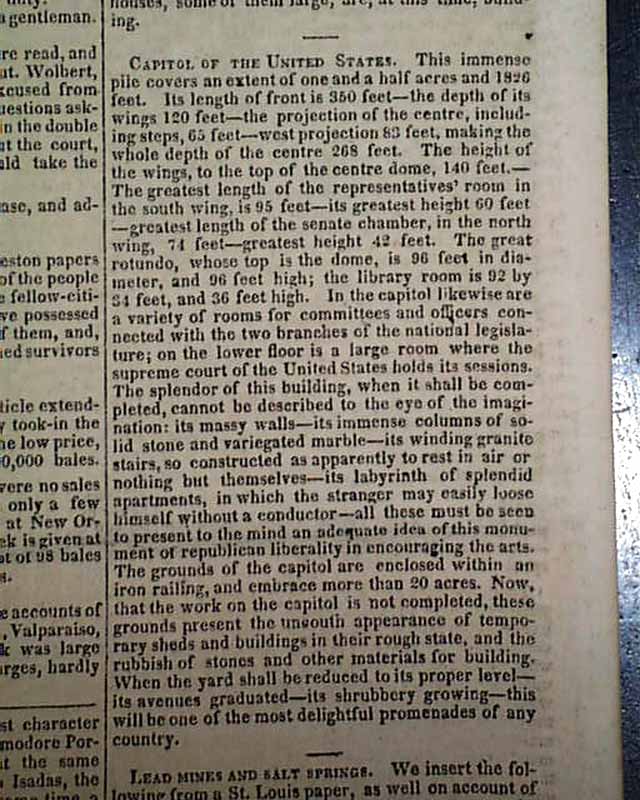 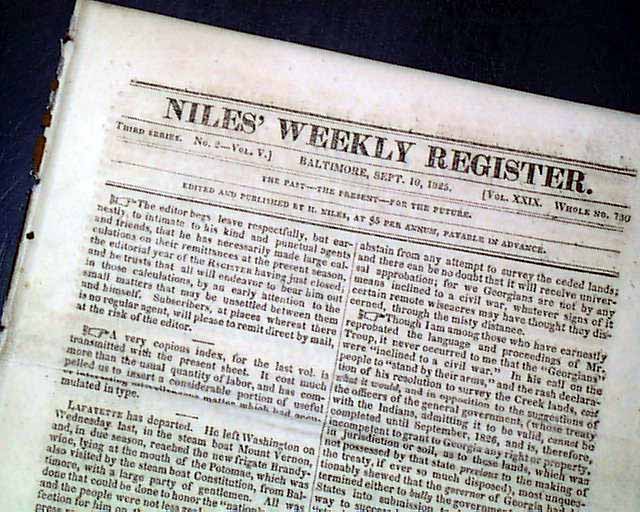 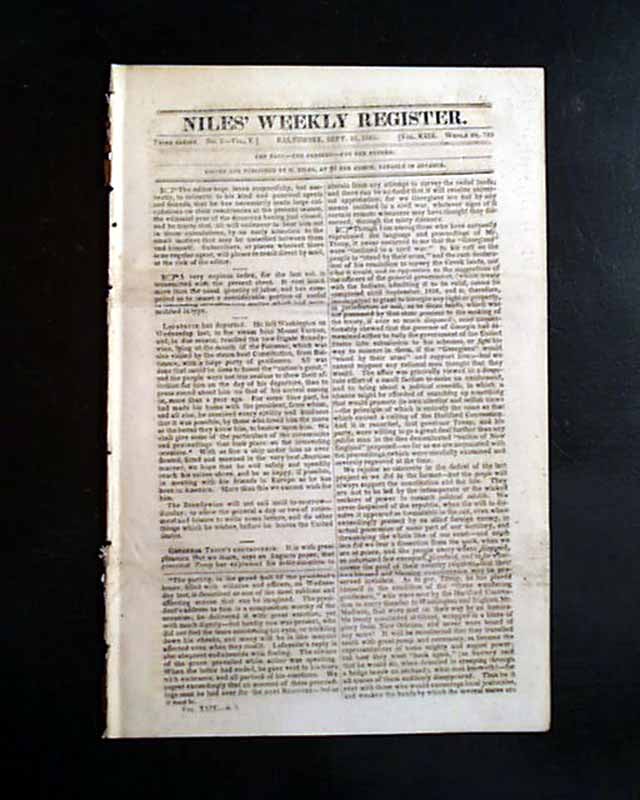