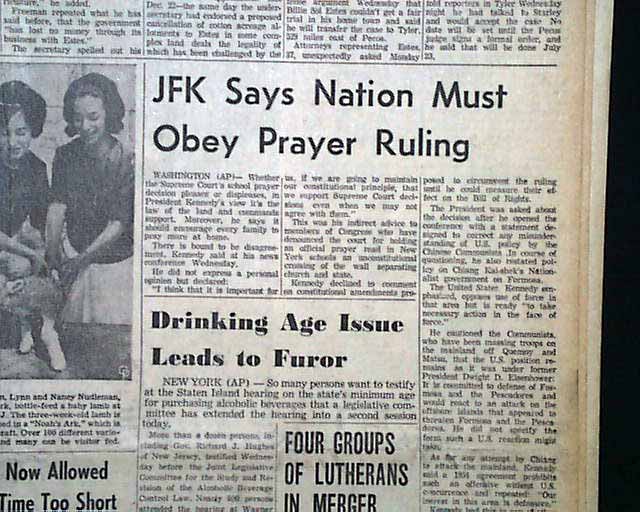 
THE EVENING TELEGRAM, Herkimer-Ilion, New York, June 28, 1962  The front page has the 2-line, 3-column heading: "JFK Says Nation Must Obey Prayer Ruling", which provides President Kennedy's response to public reaction to the Supreme Court's decision in Engel v. Wade, which declared it unconstitutional for state officials to compose an official school prayer and/or to encourage its recitation by students in public schools. This marked the first of many decisions restricting religious activity on public grounds. Other front page related coverage includes: "REGENTS TALK PRAYER BAN AT MEETING", and a photo with captioned: "Want Prayer Amendment" - which provides the names of a group of Senators desiring to see the ruling overturned.
Other news, sports and advertisements are within.
Complete in 12 pages, has a non-archival tape mend of the front page, but is otherwise in nice condition.