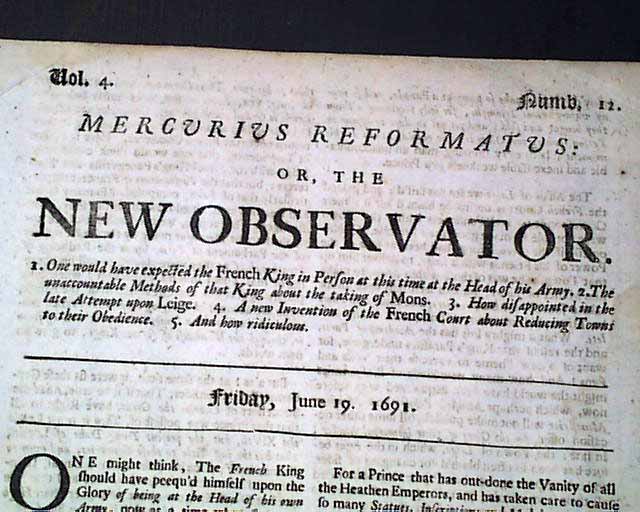 A quite uncommon newspaper done in question/answer format, whereby a topic, or topics, are raised and then discussed.  The topics indicated under the masthead in this issue are: 1. One would have expected the French King in person at this time as the Head of his Army. 2. The Unaccountable Methods of that King about the taking of Mons. 3. How disappointed in the late Attempt upon Leige. 4. A new Invention of the French Court about Reducing Towns to their Obedience. 5. And how ridiculous. Several advertisements on the back page.
Complete as a single sheet issue, 8 by 12 3/4 inches, very nice condition.