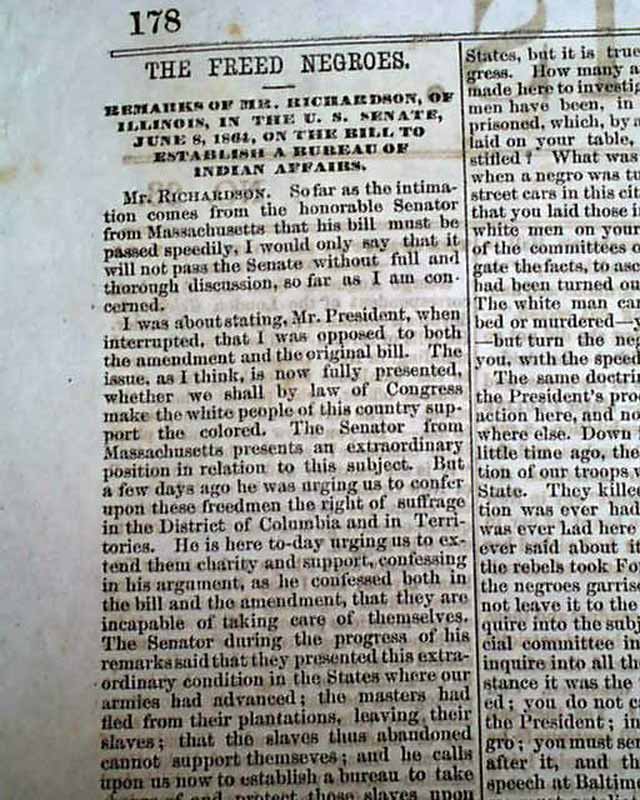 Among the items in this issue are: "The Freed Negroes" "More About the Red River Expedition - The Burning of Alexandria" "War News of the Week" "How Petersburg Was 'Captured' " & more. Perhaps the most interesting item is over a full column headed: "An Undelivered Presidential Message--The State of the Nation" which is a tongue-in-cheek "President's Message" from six months in the future, signed: "...this last day of Dec., Anno 1864. Abraham Linxskin."
Eight pages, never bound nor trimmed, some light foxing & dirtiness to the ftpg., good condition.

This interesting title was described as "The Hottest Rebel Sheet to be found in the North or the South". It opposed the war and attracted the hatred of the Republicans and the Lincoln administration. It insisted that slavery could not be prohibited by law. So obnoxious was this paper to Unionists that it was denied circulation in some cities. In 1863 the press was raided by a hateful mob.