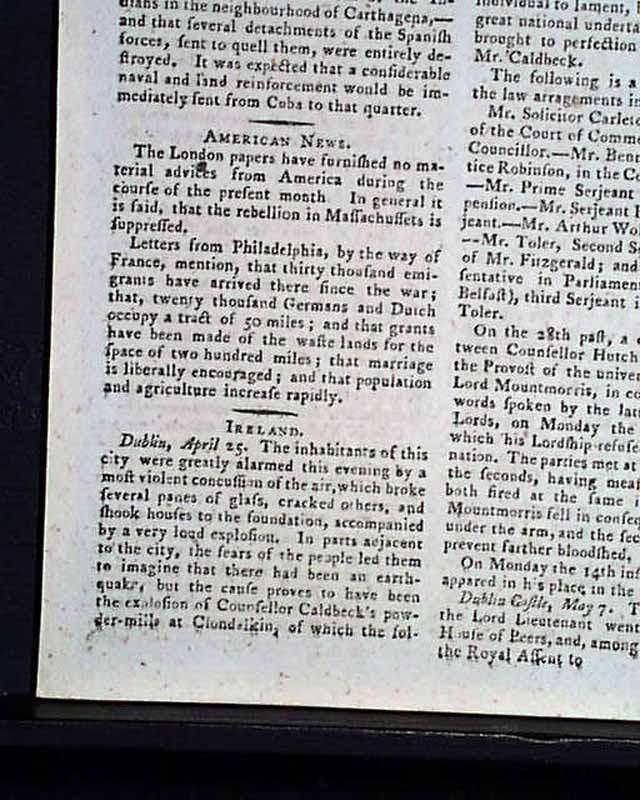 
GENTLEMAN'S MAGAZINE, London, May, 1787  Included is a brief section headed: "American News" which references the end of the Shays' Rebellion in Massachusetts, and also mention that: "...from Philadelphia...that thirty thousand emigrants have arrived there since the war; that twenty thousand Germans and Dutch occupy a tract of 50 miles; and that grants have been made of the waste lands for the space of two hundred miles; that marriage is liberally encouraged; and that population and agriculture increase rapidly."
Included are all 3 plates called for.
Complete in 88 pages, 5 by 8 inches, full title/contents page with an engraving of St. John's Gate, nice condition.