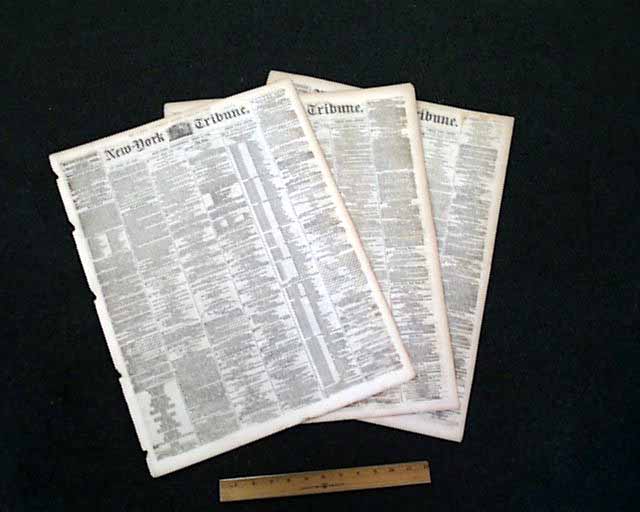 
NEW YORK TRIBUNE, a trio of issues dated April 6, 19 & 23, 1859  The first use of a plea of temporary insanity by a criminal defendant made the Daniel Sickles case noteworthy in American legal history.
Daniel Sickles' murder of Philip Barton Key was the kind of crime that piqued the interest of many, captivating the nation's press. Not even the most high-browed Victorian could ignore a killing that occurred in broad daylight on a Sunday afternoon on the sidewalk surrounding Lafayette Park, literally so near the White House it could have been witnessed from its front windows.
The accused, Dan Sickles, was a prominent and well-connected Congressman from New York with a hair-trigger temper and a reputation as a ladies' man. The victim, Barton Key, was not only a close friend of his killer, but he also was the son of Francis Scott Key, author of "The Star Spangled Banner". He was described as "the handsomest man in all Washington society" by the city's most prominent hostess and biggest gossip, Mrs. Clement Clay. But it was the motive that added the most spice to the story. Sickles gunned Key down after discovering that he and the beautiful 22-year-old Mrs. Sickles had been having an affair, at times carrying on in the front library of the Sickles home.
These three issues each contain reports on the trial on inside pages. Photos show only beginning of the reports.
Each issue is complete in 8 pages and in good condition with some tears at the margins. 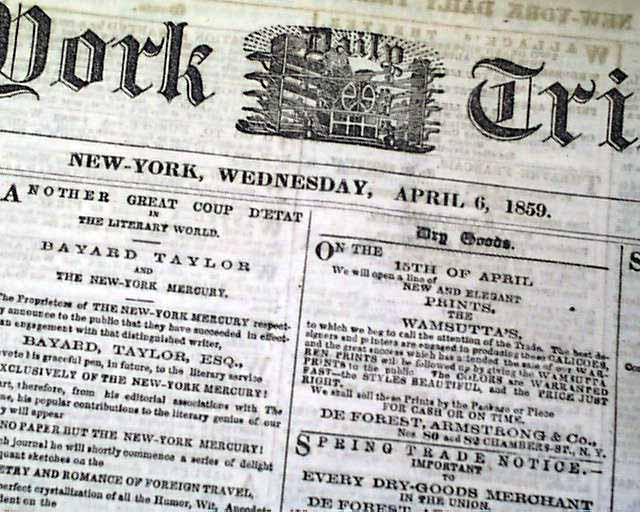 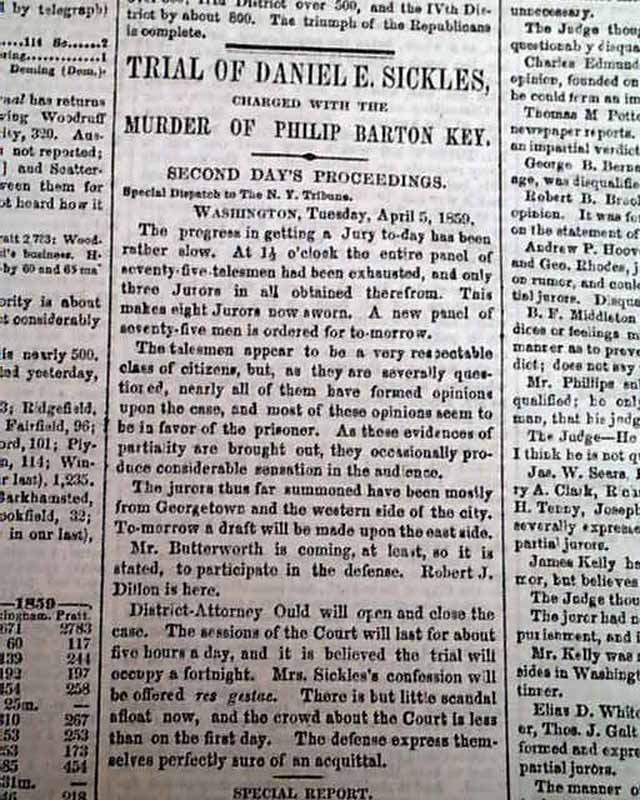 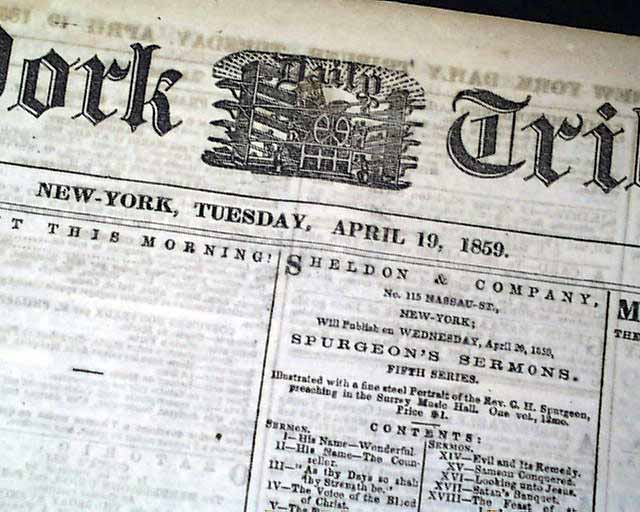 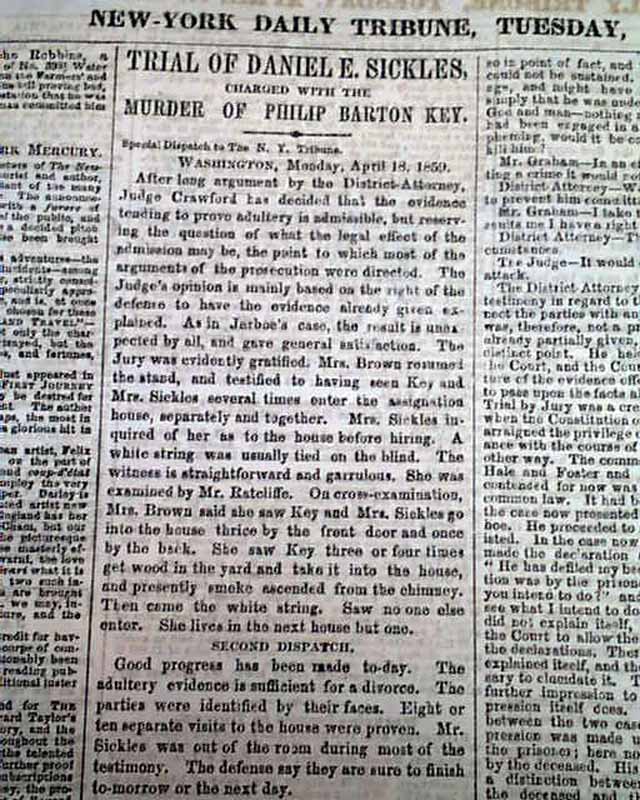 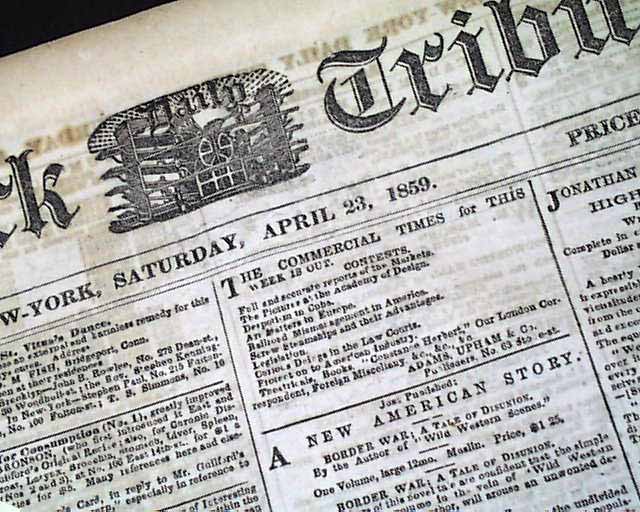 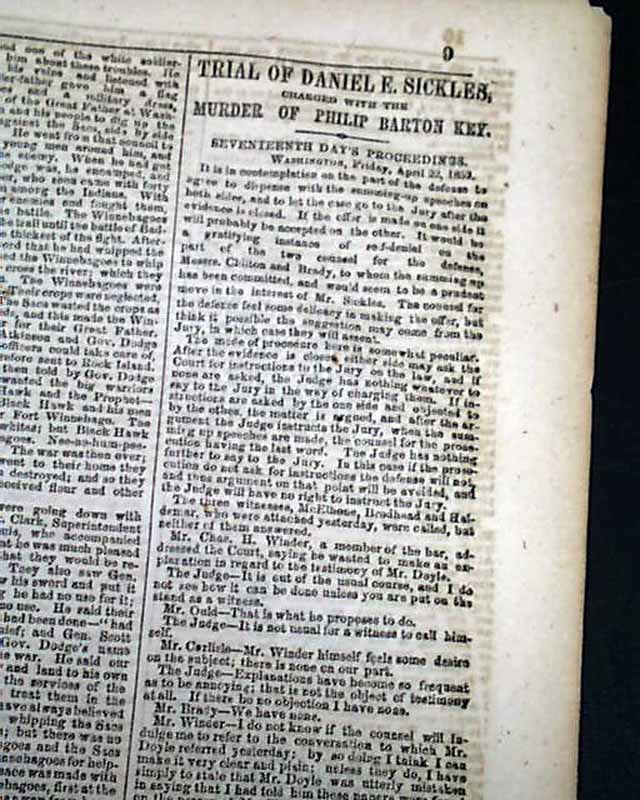