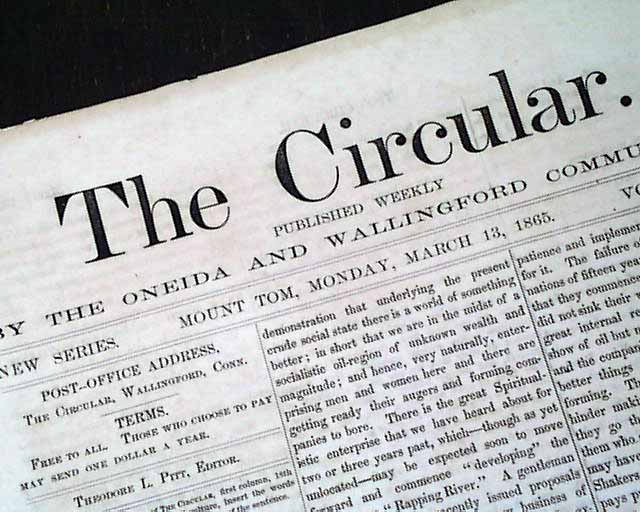 A small size newspaper from the famous Oneida Community in New York, an early "commune" in experimental living. Various religiously-themed content but a bit of reporting of news of the day under the heading "News Items", which begins: "The inauguration of President Lincoln for a second term of office took place on the portico of the Capitol last Saturday, before an immense assemblage of people. The morning had been dark and rainy...just as the President appeared on the portico to take the oath of office, the sun burst forth & lighted up the scene with a flood of splendor..." with a bit more (see photos).
Eight pages, 10 by 14 inches, never bound nor trimmed, chipping at the bottom margin with some margin tears, and browning to the back leaf.