Home > Back to Search Results > Latest news on the War of 1812...
Click image to enlarge 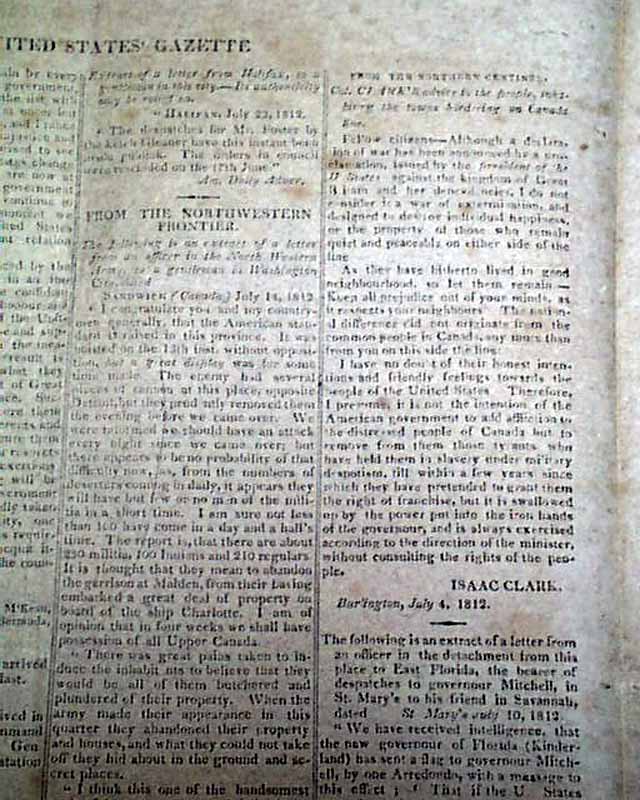 
THE UNITED STATES' GAZETTE, Philadelphia, Aug. 10, 1812  Reports include: "From the Northwestern Frontier" "The British Fleet" "Col. Clark's Advice to the People, Inhabiting the Towns Bordering on Canada Line" "Washington" which begins: "Georgetown has been in a dreadful state of alarm & anxiety..." and more.
Eight pages, 11 by 14 inches, never bound nor trimmed, nice condition.