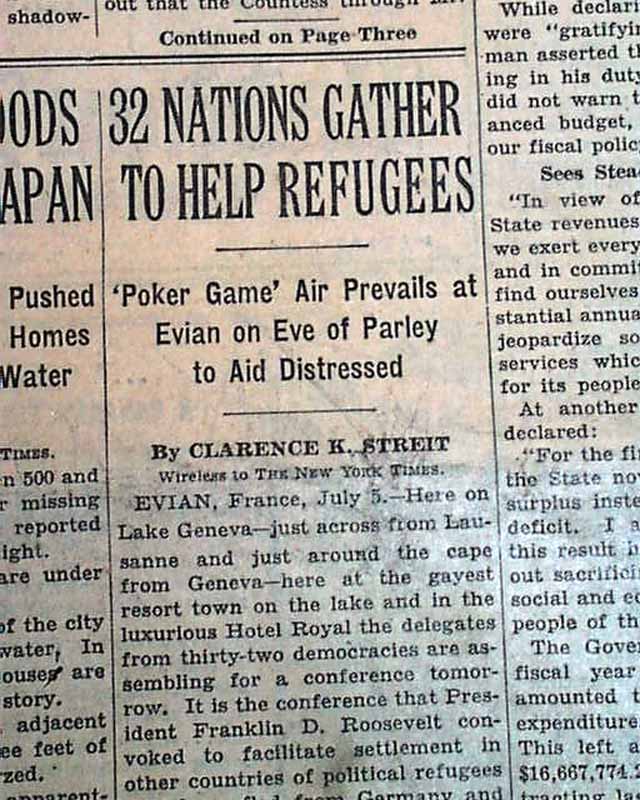 The front page has a one column heading: "32 NATIONS GATHER TO HELP REFUGEES" with subhead. (see) First report coverage on the opening of the Evian Conference in France. This was to discuss the plight of the increasing numbers of Jewish refugees fleeing persecution by Nazi Germany.
Other news, sports and advertisements of the day. Complete in 44 pages, light toning, a little margin wear, small piece torn away above masthead, generally nice. 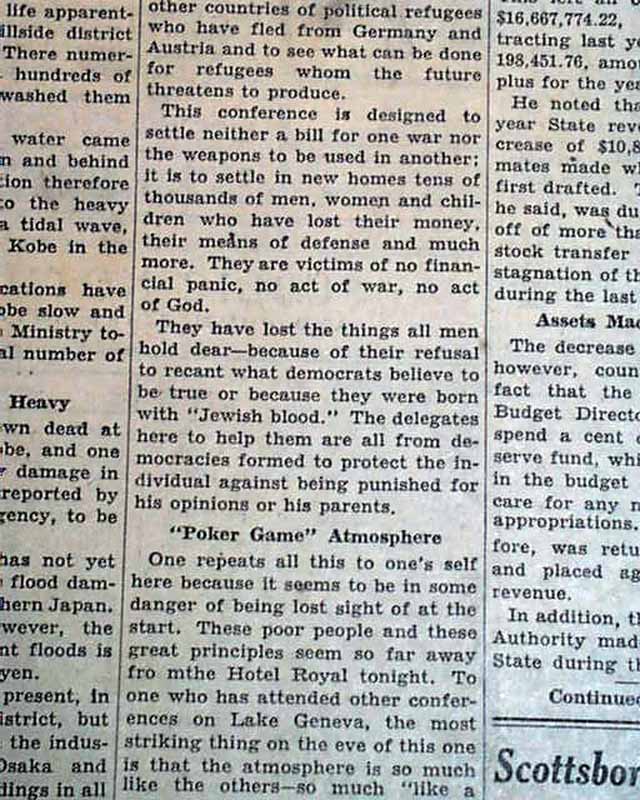 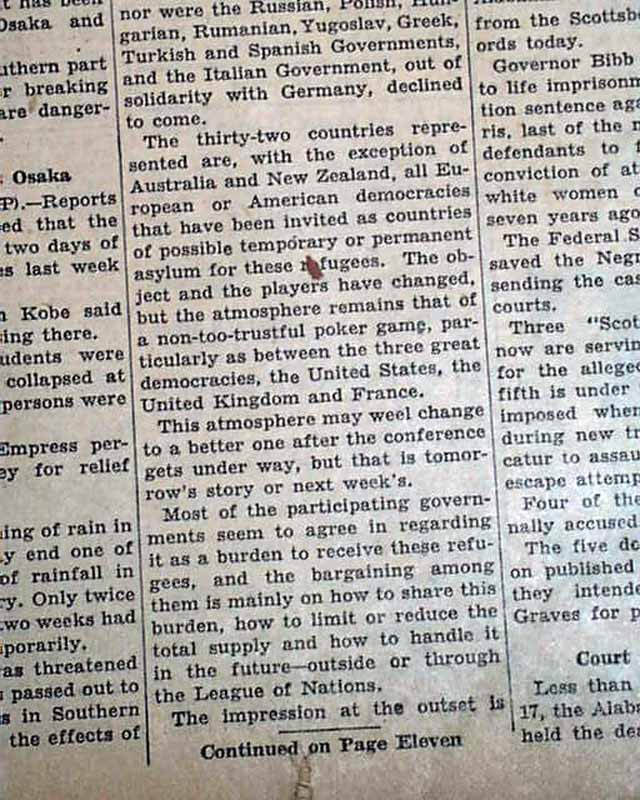 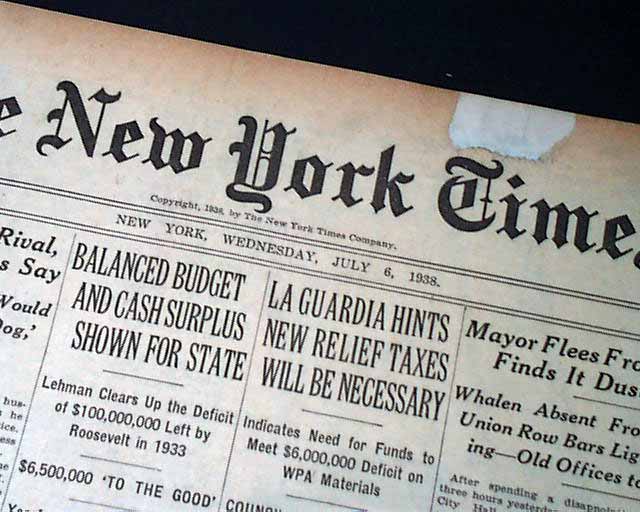 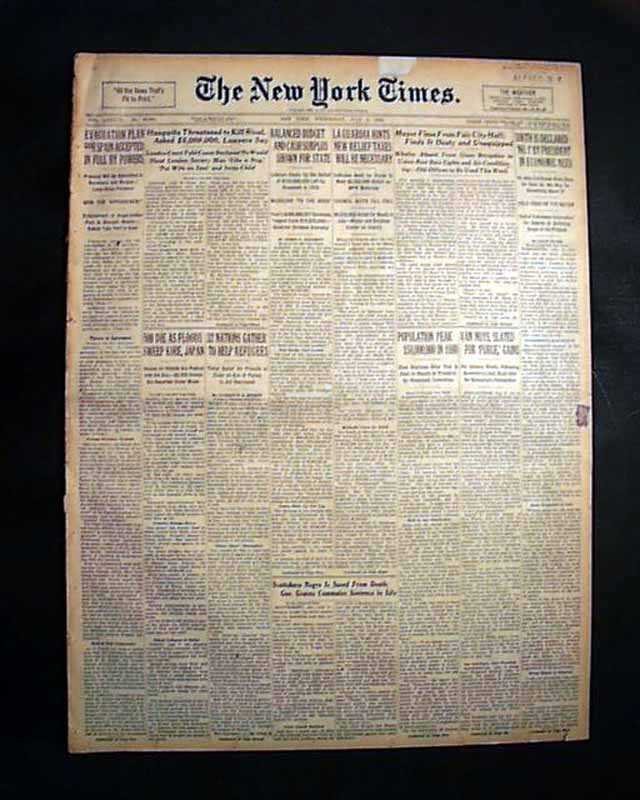 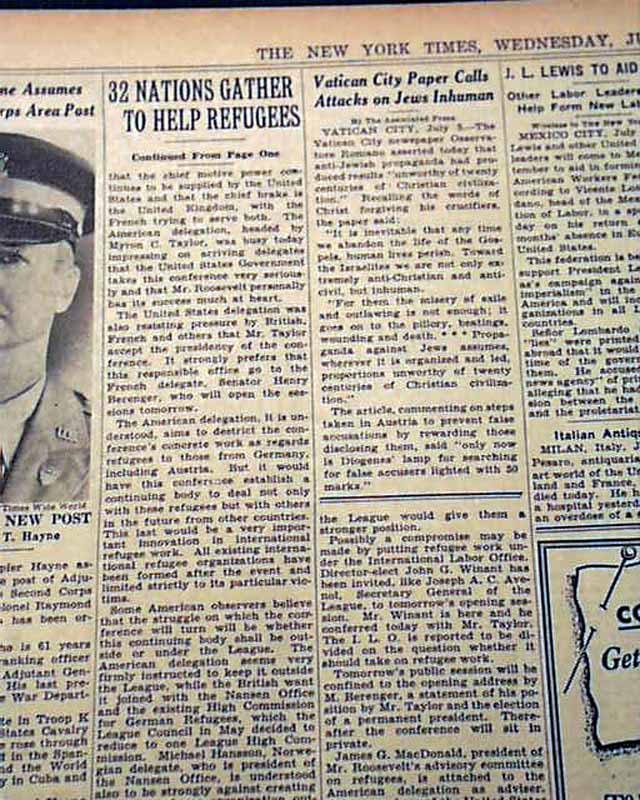