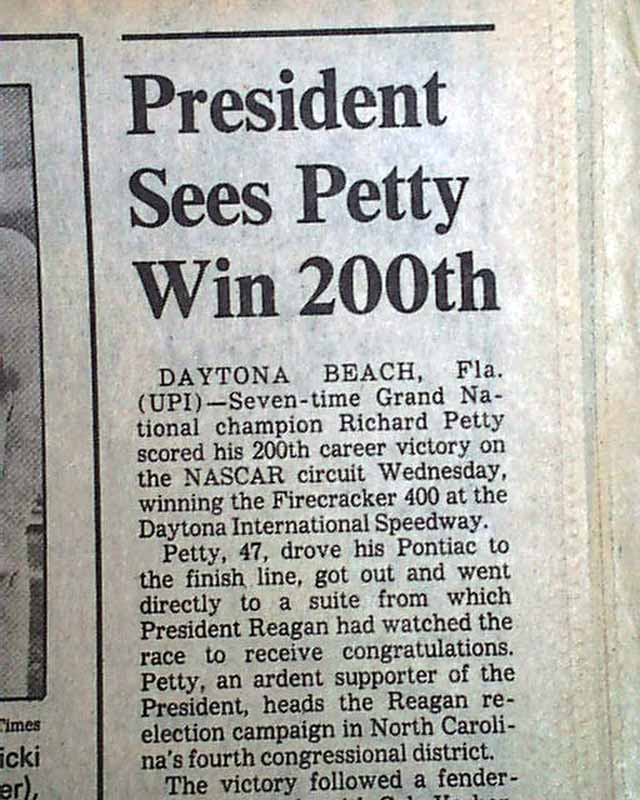 The front page of the sport's section has a one column heading: "President Sees Petty Win 200th"  First report coverage continues inside this section with a two column photo of Richard Petty being congratulated by President Ronald Reagan (see photos). This was Richard Petty's 200th career victory, and would also be his last.
Other news, sports and advertisements of the day. Complete with all 9 sections & 100+ pages, nice condition.